Please refer to our Privacy Policy for important information on the use of cookies. By continuing to use this website, you agree to this.
Home Latest Sir Martin Sorrell Exits After 33 Years As WPP Chief 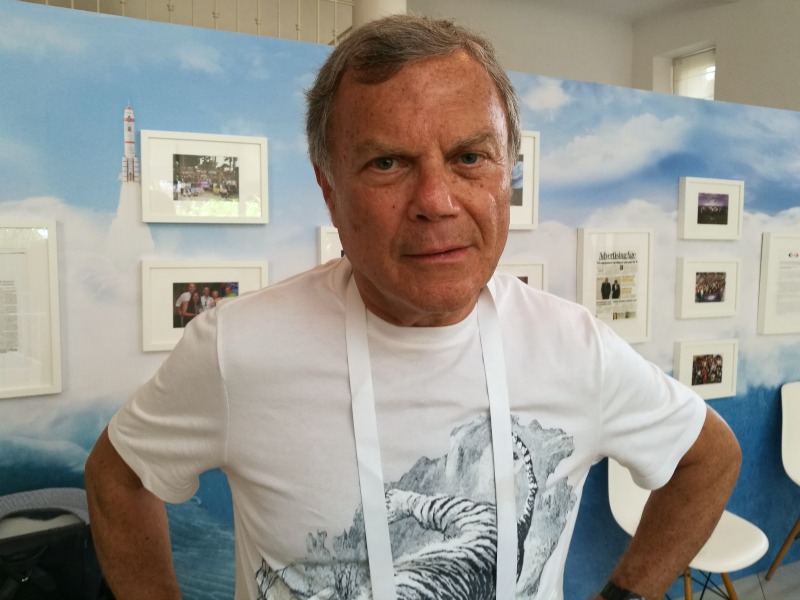 LONDON — WPP CEO Sir Martin Sorrell has stepped down from the holding group that he led for the past 33 years, following an an internal investigation into one of the marketing industry's most powerful executives.

Sorrell's exit caps a remarkable turnaround for the 73-year-old, whose iron grip on WPP helped characterise its rise into the world's largest advertising company. The end of the Sorrell era was accompanied by statements from both WPP and Sorrell.

The development comes after Sorrell denied allegations that he misused company funds — a charge that prompted the company’s board to investigate allegations of 'personal misconduct' and misuse of company assets.

WPP said that the announcement concludes the investigation, noting that "the allegation did not involve amounts that are material".

"Sir Martin has been the driving force behind the expansion of WPP to create the global leader in marketing services," said Quarta in a statement. "During this time, the company has been successful because it has valued and nurtured outstanding talent at every level – within and well beyond our leadership teams. On behalf of the board I would like to recognise these achievements and thank Sir Martin for his commitment to the business over more than three decades."

In a statement from Sorrell's personal PR firm Project Associates, he said: "Obviously I am sad to leave WPP after 33 years. It has been a passion, focus and source of energy for so long. However, I believe it is in the best interests of the business if I step down now. I leave the company in very good hands, as the board knows.

"Mark and Andrew and the management team at all levels have the knowledge and abilities to take WPP to even greater heights and capitalise on the geographic and functional opportunities. I will particularly miss the daily interactions with everyone across the world and want to thank them and their families for all they have done, and will do, for WPP.”

Sorrell also issued a lengthy email to WPP's 200,000 employees, in which he lauds the company's achievements. "For the past 33 years, I have spent every single day thinking about the future of WPP," wrote Sorrell. "Over those decades, our family has grown and prospered."

However, Sorrell notes that: "As I look ahead, I see that the current disruption we are experiencing is simply putting too much unnecessary pressure on the business, our over 200,000 people and their 500,000 or so dependents, and the clients we serve in 112 countries.

"We have weathered difficult storms in the past. And our highly talented people have always won through, always.

"Nobody, either direct competitors or newly-minted ones can beat the WPP team, as long as you work closely together, whether by client and/or country or digitally.

"In the coming period, I will be available to the Board and any of you, should you want help with anything, anywhere. I shall miss all of you greatly. You have given me such excitement and energy and I wanted to thank you for everything you have done and will do for WPP and me.

"As some of you know, my family has expanded recently, WPP will always be my baby too.

"As a Founder, I can say that WPP is not just a matter of life or death, it was, is and will be more important than that. Good fortune and Godspeed to all of you…now Back to the Future."

Sorrell will remain with the company for an unspecified time "to assist with the transition" pending the confirmation of his successor or successors.

Industry leaders were quick to recognise Sorrell's contribution to the global marketing and communications industry, with Richard Edelman describing the former WPP CEO as a "singular force" and "the most important voice in our industry."

"He was the first one to understand the possibility of agencies being the organising force and creating bespoke teams," Edelman told the Holmes Report. "Also the first to recognise the power of insight and research, while for the PR business he definitely pushed corporate and public affairs. He was the most hardworking, entrepreneurial guy. Relentless. He pushed everyone — you had to be on your best game."

"In his role as CEO, Martin was tough as nails," said Imperato. "He challenged us and expected his leaders to perform. No excuses. But his leadership style drove me to challenge myself and always try to outperform so he couldn’t poke holes. But he’d always find something. It was  enjoyable to try to keep up with his intelligence."

Imperato added that "WPP will miss Martin," pointing out that he is effectively irreplaceable "in terms of the individual he is, caring, intelligent and visionary."

"We were in strong and capable hands for so long," said Imperato. "The industry at large will also miss Martin for his deep knowledge and vision about the future of communication. His perspectives helped many other agencies and holding companies make the right moves. Martin led the way."