Please refer to our Privacy Policy for important information on the use of cookies. By continuing to use this website, you agree to this.
Home Latest Sorrell: 'Cannes Has Become Too Much Of A Money-Making Exercise' 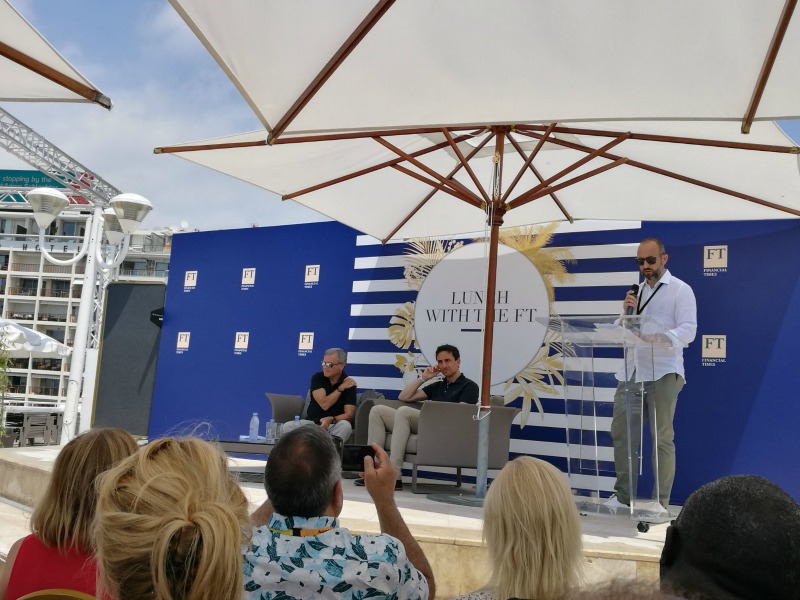 Sorrell: 'Cannes Has Become Too Much Of A Money-Making Exercise'

WPP CEO pledges to rethink his agencies' involvement in the Festival, after halving the company's attendance this year.

CANNES — WPP CEO Sir Martin Sorrell has described the Cannes Lions Festival of Creativity as "too much of a money-making exercise" and called on organisers to rethink the event's positioning.

Sorrell, speaking to FT media correspondent David Bond, said that "the jury is out" on whether WPP agencies will maintain their commitment to the event, after halving company attendance this year from 1,000 to 500.

In particular, Sorrell believes Cannes has strayed to far from its original positioning as a forum to celebrate great creative work, and is "too brash, too spectacular" at a time of considerable political and social uncertainty.

"It has to be rethought big time. Like all products and services, they have to be repositioned," said Sorrell, noting that marketing services clients want their agencies to do more with less. "The attendant stuff around it is diversionary if I’m being polite. This is an imitation Davos in many respects."

"There is gouging that goes on, there is peak time pricing," continued Sorrell, adding that he would favour a more accessible destination like New York, London or Paris. "It’s become too much of a money making exercise. I’m not sure Cannes is the right place."

While WPP has reduced its entry numbers slightly at Cannes this year, Sorrell stopped short of pledging to stop entering awards in the manner of Publicis CEO Arthur Sadoun, who said yesterday that his company would cease all award and trade shows next year.

"There is no doubt that clients take pride in winning awards and our people do, and we should celebrate the value of what we do," he said. "What we do is innovation and branding over the long term.