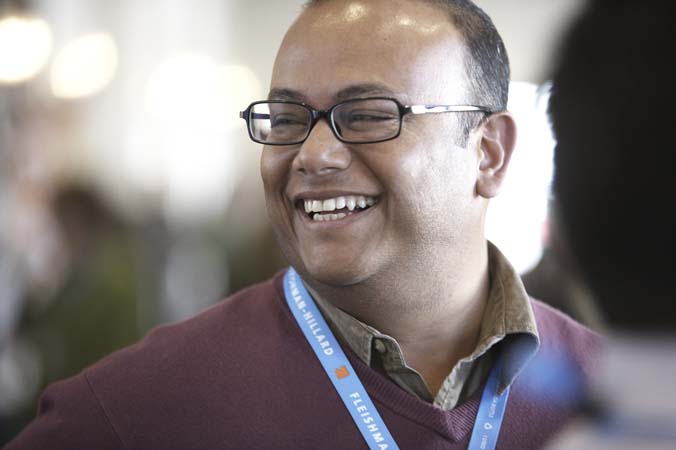 Golin Singapore and Southeast Asia MD Tarun Deo has left after more than seven years with the Interpublic Group firm.

SINGAPORE — Tarun Deo has exited his role as Golin MD of Southeast Asia and Singapore, after seven years with the Interpublic Group firm.

Deo leaves after joining Golin in 2013 to oversee its Southeast Asia operations, which include Singapore, Indonesia, and an affiliate relationship in Malaysia.

Golin's Singapore presence numbers around 30 staffers, and was bolstered by the 2019 acquisition of creative content firm Hurrah Productions.

Burns, who is based in Singapore, will take on interim charge of Golin Southeast Asia. He told PRovoke that he expects the arrangement to last for most of 2021 before a search for a replacement is underway.

"Under [Deo's] leadership, Golin Singapore has been a beacon of progressive PR, growing revenue, driving innovation and delivering award-winning work consistently for our clients," said Burns. "We again thank Tarun for his wise counsel and strong leadership and wish him every success in the future."

Deo joined Golin after five years with FleishmanHillard, which he joined in 2007 following a decade-long stint with Text100 in India, Singapore and Hong Kong. His tenure at Golin included being shortlisted for Southeast Asia Agency of the Year in 2020.

In a statement, he noted that he had been hired by Hughes and Golin chairman Fred Cook "to build a modern and progressive PR firm from the ground up in Singapore and the last 7.5 years have been terrific in that regard."

"Golin Singapore now has an envious track record of delivering award winning work, a terrific team, a fantastic core of clients and could not be better placed to look to the future with confidence and I wish them well and every success," he added. "Times like this brim with opportunity, and I don’t believe I could have timed this better and finished the race I started. It's job done and time for another reset."