Please refer to our Privacy Policy for important information on the use of cookies. By continuing to use this website, you agree to this.
Home Latest Study: Consumer Activists More Likely To Buy Than Boycott 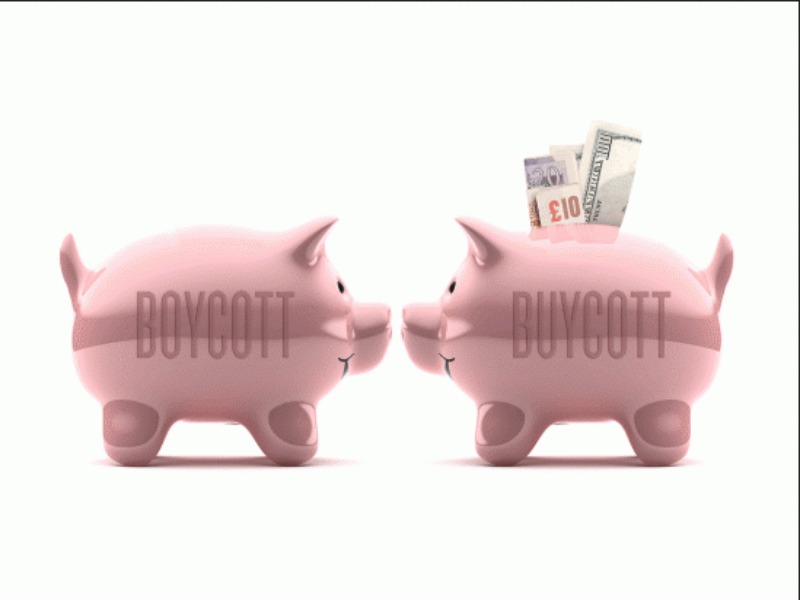 New research from Weber Shandwick shows consumers who speak with their wallets prefer "buycotting" to boycotting.

NEW YORK — Consumer activism is taking on a new spin, with buyers more apt to spend money with brands whose values they support than boycotting the companies they oppose, according to a Weber Shandwick study released Wednesday.

The study, based on a total of 2,000 US and UK consumer activists, found 83% of respondents believe it is more important than ever to support companies that “do the right thing” by doing business with them — a practice known as “buycotting.” Meantime, 59% believe brand boycotts are of utmost import.

Buycotters are also more likely to follow through than their boycotting brethren. During the past two years, buycotters made on average 5.7 purpose-driven purchases. Boycotters, on the other hand, took active stances against brands 4.5 times during the same period of time, the study found.

That the two groups use different tactics reflects them having different goals. Nearly half of buycotters, or 48%, said their motivation is supporting a brand’s business or reputation. Boycotters are largely split when it comes to their goals, however; 36% said they want to see the companies they boycott change the way they do business, while 35% want to damage their reputations, the study found.

Additionally, the growth of buycotting over the next few years is expected to outpace boycotting, according to the study, which Weber Shandwick did in partnership with KRC Research. That’s based on 37% of buycotters expected to take action over the next two years, versus 28% of boycotters.

“We are at an inflection point in consumer activism today. Companies operate on an increasingly public stage, with mainstream media and social platforms accelerating consumer movements like never before,” said Paul Massey, president of Powell Tate and global lead of social impact at Weber Shandwick. “In some cases, boycotts and counter buycotts emerge almost simultaneously, with emotions running high on both sides. But we may be seeing a reaction to this divisiveness, with buycotts gaining in stature as consumers increasingly seek alternative ways to make their voices heard.”

In releasing the study, Weber Shandwick also offered companies strategies to manage such consumer activism. Anticipating and planning for consumer activism, as well as its effects on brand reputation, are among the recommendations. So are creating response plans and leveraging consumer relationships.