Please refer to our Privacy Policy for important information on the use of cookies. By continuing to use this website, you agree to this.
Home Latest Study: Rising Digital Expectations Of UK PR Firms 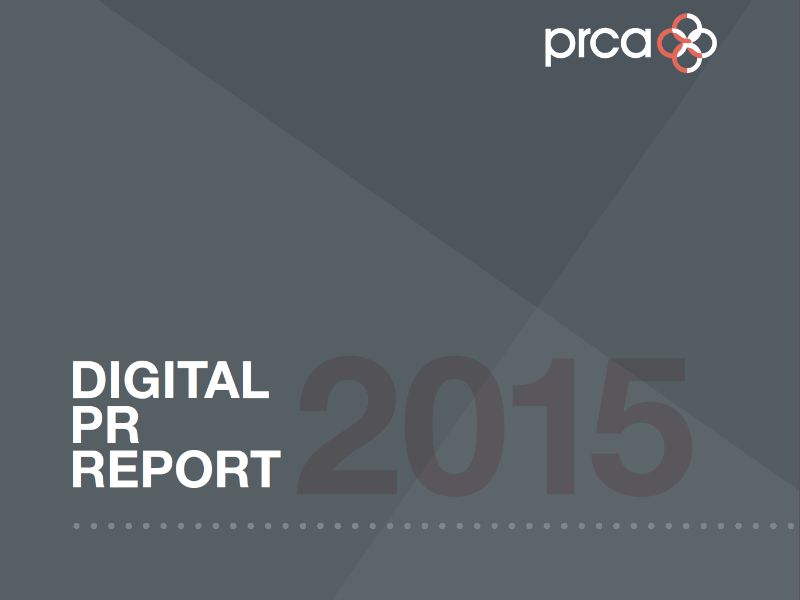 PRCA Digital Report reveals that clients expect PR firms to deliver a broader range of digital services, amid concerns over investment and training.

New research reveals that UK PR firms are now expected to deliver a broader range of digital services, amid concerns over investment from clients and the level of training that is provided.

The findings are part of the 2015 PRCA Digital Report, which polled 280 in-house and agency executives in conjunction with YouGov.

However, in-house investment in some of these areas has dropped. Investment in SEO has dropped year-on-year from 67% in 2013, to 53% in 2015. Over the last two years, there has also been a significant and sustained reduction in marketing budget being spent on web design and build — down by 24% to 55% in 2015. Both offerings appear to have become less of a standalone requirement.

Taken together, these results suggest that services such as SEO and web design/build, which have seen decreased investment, are more likely to be bought in combination with PR services, and are also likely to be less costly than in previous years.

The mean percentage of marketing budgets spent on digital/ social media remains at 16%, the same as last year. Despite this, most clients (64%) expect their digital budget to grow in the next 12 months. Around 9%, on average, of any additional marketing investment is spent on social / digital. The report also reveals that in-house investment in influencer outreach/engagement has seen growth of 11% over the past two years – from 41% in 2013, to 50% in 2014, and to 52% in 2015.

Meanwhile, the report also finds that positive prospects are more likely to drive brand activity on social media, rather than risk and crisis management. When asked why their brands are on social media, in-house leaders are less likely to point to negative reasons such as being attacked on social media (6%) and responding to disgruntled employees (4%); more popular factors are general marketing purposes (94%), speeding awareness of what they do (67%), and as a customer service platform (56%).

It is difficult to conclude from the results that either in-house or agency-side PR pros are receiving sufficient digital training. The majority of in-house comms people (52%)  and agency pros (76%) point to expert blogs as the top source of their social media education.
Half of all agency respondents, furthermore, said they require more education/insight around SEO.

Twitter and Facebook remain the most important platforms for in-house comms pros, although LinkedIn is rising fast. 77% expect to use LinkedIn in the coming year, while 73% expect to use Instagram. Both Pinterest and Google+ are seing decreased usage from clients.

On the agency side, 93% expect LinkedIn to be the leading platform in the coming year.

In-house comms staffers are marginally more confident that they can measure the ROI of traditional PR activities (72%) than they are for digital/social (67%). When it comes to digital, the greatest degree of measurement confidence is for Facebook campaigns (67%), and the least is for LinkedIn (36%).

"Brands are continuing to evolve in their handling of digital communications, with more expectation being heaped on their PR agencies to deliver a broad range of activities from blogger outreach to web design and build," said Danny Whatmough, EMEA head of social at Weber Shandwick and chairman of the PRCA's digital group

"There’s an interesting debate to be had around the longer term role of PR agencies working alongside in-house teams that continue to strengthen their digital strategic and execution skills. And the issue of training continues to be an issue for many who need to improve their skills."