Please refer to our Privacy Policy for important information on the use of cookies. By continuing to use this website, you agree to this.
Home Latest Study Shows Kids Under 10 Care More About Equality, Environment Than You Do 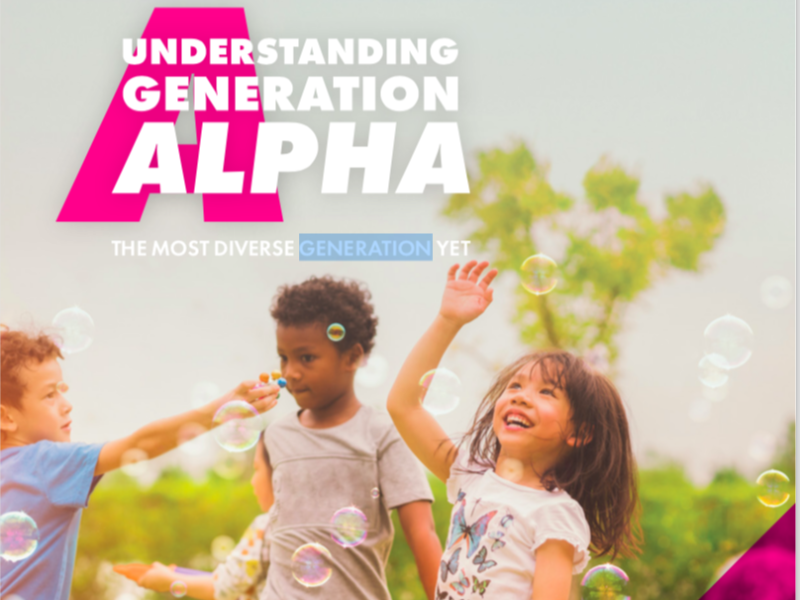 Study Shows Kids Under 10 Care More About Equality, Environment Than You Do

The most recent research into Generation Alpha from Hotwire finds children born after 2010 put the utmost importance on school safety, access to food, fairness and making sure everyone has a home.

NEW YORK  — According to new research from Hotwire, Generation Alpha (kids born after 2010) cares more about pressing social issues, such as equality and the environment, than their parents’ and grandparents’ generations did when they were their age — and now.

The survey of roughly 1,000 children ages seven to nine found, for instance, 97% of Gen Alpha believe keeping children safe at school and making sure everyone has enough food to eat are extremely important; 96% gave treating people fairly regardless of what they look like and making sure everyone has a home the same ranking; 95% believe taking care of the environment is a top priority.

“This generation is going to be incredibly opinionated,” said Laura Macdonald, Hotwire’s North America head of consumer. “And they care so much about the issues.”

Macdonald said she believes the findings reflect Generation Alpha's diversity compared to previous generations, fostering a more inherent acceptance of people with different backgrounds. They also live with different realities than their parents and grandparents did, thanks to changing perceptions of gender roles and equality.

The children surveyed, for instance, included being a dad among their goals — something that neither millennials nor baby boomers said they aspired to as kids. Differences in their background — ethnicity, religion or gender — did not appear to have a large impact on their opinions, as they did in previous generations, Macdonald said.

“They are just growing up in such different worlds,” she said.

On top of their diversity (the Census Bureau predicts that in 2020 half of children aged under 18 will be non-Hispanic white, vs three-quarters of baby boomers), children are growing up with new realities, such as stay-at-home dads and high-powered moms. They also have more access to information than earlier generations, and face threats, like school shootings, that their parents and grandparents didn’t have to contend with, she said.

Brands should take note, adds Macdonald. When Gen Alpha is old enough to be buyers, companies aren’t going to be able to use traditional demographics to target them, nor will they be able to skirt the issues important to them.

“In 10 years’ time, they will be starting to be adults,” she said. “Brands should be thinking about future proofing themselves and understanding that this generation is going to more opinionated than millennials.”

That said, the children who comprise Generation Alpha are still very young, and only time will tell whether they remain as committed to ideals as they currently are.

Macdonald thinks they will, particularly since their belief in noted principles results from the circumstances in which they live.

“I just think the fact that they care more about issues than baby boomers and millennials do today shows that they are going to grow up with this absolutely rooted in them,” she said.

The recently released research reveals the latest results from Hotwire’s in-depth look into Generation Alpha and how their influence will affect brands and the communicators that support them. Earlier studies showed the country's youngest consumers have big influence on their parents' purchases.