Please refer to our Privacy Policy for important information on the use of cookies. By continuing to use this website, you agree to this.
Home Latest Study: Thought Leaders Hurting Their Cause By Striking Male Tone 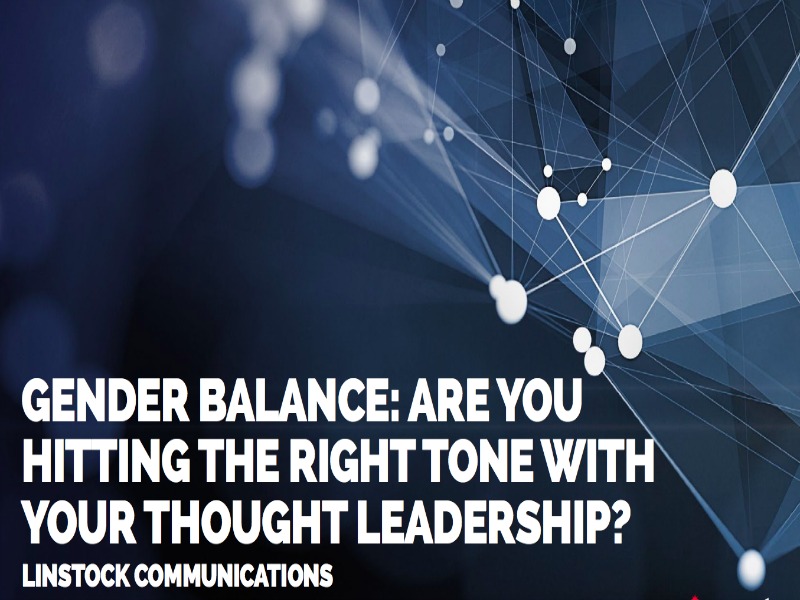 Study: Thought Leaders Hurting Their Cause By Striking Male Tone

New Linstock research finds the majority of firms could be repelling readers by using language that is too forceful in their thought leadership content.

LONDON — New research from Linstock Communications finds a majority of firms could be undermining themselves by using a masculine tone in their thought leadership writing, turning off readers who find it too assertive.

According to the research, based on analysis of 100 pieces of writing, 58% of thought leadership pieces are written in a male voice, which tends to include language that is forceful and dominating.  By doing so, those companies are less likely to engage readers, undercutting their ability to achieve a key objective of such works — collaboration, Linstock found.

Just 37% of written thought leadership pieces use a female tone, which academics see as better at fostering connection and inclusivity with readers, the study found. The remaining 5% is gender-neutral.

“The fact that thought leadership content leans more towards the male voice — top down, forceful, unequivocal — is arguably undermining the ability of the content to nurture interaction and collaboration,” Linstock’s report on the findings said. “Two factors that have been identified as primary reasons for doing thought leadership in the first place.”

In turn, Linstock recommends firms change their thought leadership writing to better reflect a female tone, and adopt a larger mixed-gender approach to their efforts in the arena.

Using descriptive language and longer sentences, as well as softening assertions in writing are steps to doing that, Linstock said. So are looking to other industries for inspiration and testing content before distributing it, Linstock said.