Please refer to our Privacy Policy for important information on the use of cookies. By continuing to use this website, you agree to this.
Home Latest Suresh Raj: 'Just Hiring People Of Color Isn't Going To Do It' 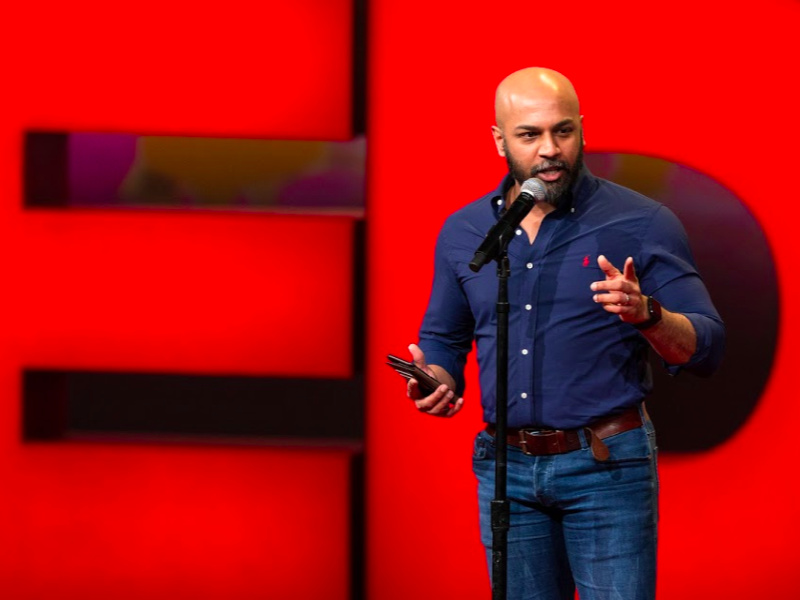 Suresh Raj: 'Just Hiring People Of Color Isn't Going To Do It'

An interview with Vision7 chief business development officer Suresh Raj, a vocal proponent of diversifying the communications industry, kicks off a series of discussions with people about racial inequity in the PR business — and what the push for change means to them.

Suresh Raj, Vision7 Communications chief development officer, has been among the most vocal proponents of diversifying the PR industry, advocating on the job as well as through his activity throughout the larger movement. Raised in Malaysia, openly gay, and of Middle East and Asian descent, Raj serves as senior counsel for Vision7’s US diversity and inclusion efforts. Recognitions include being named to the Financial Times’ top 100 ethnic minority executive leaders for the last four years and one of its top 100 LGBTQ+ executive leaders from 2016-19. Raj also is a founding member of The Collective, which includes senior LGBTQ+ leaders from across private sector, government/politics and NGOs; global mentor for D&I specialists INvolve, the diversity and inclusion specialists; and inaugural member of McKinsey’s The Alliance, a global network of senior LGBTQ+ leaders.

Is this the industry’s moment of reckoning when it comes to diversity & inclusion?

Personally I don’t think it’s the reckoning. I think this is only the awakening. It’s only the beginning. And I do believe that we are finally going to start seeing actionable change, where we see equal opportunity across life, personal and professional, start to shift. We are going to see people of color and minorities be given the opportunity they deserve.

What should they be doing?

What I think needs to happen is that leadership needs to get their hands dirty. The white leaders need to get their hands into the situation and actually make physical changes to the makeup of their companies. It’s about having more people of color in their business, particularly in leadership. That’s where you are going to see shift. When you have people of color in leadership roles the next generation believes being in such a position is something they can achieve because there are people ahead who have already made it.

Where are those leaders of coming from given the lack of diversity among employees of all different levels?

Companies need to invest in whatever they need to bring minorities up to the same level they expect from white employees. White leaders need to understand what they need to do to empower and support their leaders in color into order for them to be able to succeed in those roles. Just hiring people of color isn’t going to do it. They need to provide the empowerment, the training, the development.

They also need to invest in building a pipeline for the communications industry by reaching out to the schools, influencing the education system to show children of color that there are opportunities for them in the comms industry. Over about two or three years, I ran (agency visits) for university groups. There were nine or 10 groups, each with 30 or 40 students. In all those years there were two Black people, maybe one or two Latinos. 95-98% were white women. To be fair, the comms industry has been fairly good achieving gender balance. But it’s still very white, and if that is going to be the industry going forward you can imagine (the difficulties people of color face) coming into the workforce.

Is a problem of that scope fixable?

It can absolutely be solved.

Do people of color now actually think of the comms industry as an option? Growing up Malaysia and being a person of Middle Eastern and Asian background, it was drummed into us: I could turn out to be an accountant, an engineer a lawyer or a doctor. I would have loved to have seen or heard someone who looked like me, come into my school, tell me about the opportunities in the communications industry. But there was never anybody that could come and actually speak on it because there wasn’t any representation. Who are the Black leaders in the communications industry to roll out to school and inspire people who never thought of this as a career path?

Then why haven’t those goals been achieved, considering agencies have been working on diversifying for years?

There has been no real change. People write a policy saying we believe in equality and think we’re done. Leaders have to change the makeup of their businesses. They need to be genuinely affected by this, genuinely remorseful and genuinely affect change.

I’ve been in comms industry for 23 years and I feel to date everything done has been lip service. I have had many experiences with discrimination. I was in a senior position and was asked to carry a CEO’s luggage and bring it to her room. In Cannes, we had a team of six or seven in a house that was shared and I was the only one separated and asked to sleep downstairs because I was told “we thought you might like your own space.” When I have spoken on various diversity panels, I have paid for it out of my own pocket yet it’s the company I represent. So that’s the reality.

And there has always been a reticence to speaking up because our voice is in the minority. When you have a board that’s completely white and you are the only person to raise the issue it is very hard to break through. No action follows because there is no impetus.

How do you envision a truly diverse industry?

One where we can actually see visible change in leadership. When I look at (people in power), I would like to see a fair representation of society, to see the needle shift from 95% white.  Personally I feel that there are enough training manuals and research on the internet, in the talent industry to prove the benefit of a diverse workforce. There are organizations set up for all of this. All these things exist, and all these companies that want to make actually changes just need to do their research and find out how.