Please refer to our Privacy Policy for important information on the use of cookies. By continuing to use this website, you agree to this.
Home Latest The Academy Hires New Director & Creative Director Pairing 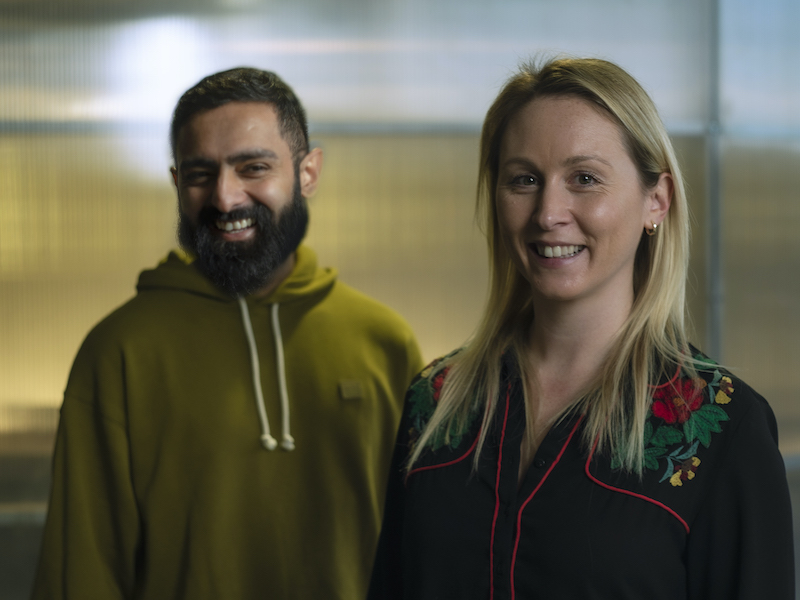 The duo will head up the agency’s third “PR column” as it scales, in line with founders Mitch Kaye and Dan Glover’s organisational strategy of pairing a director and creative director at the top of a series of “columns” looking after specific clients.

Ramachandran joins The Academy from Three, where he had been head of creative since 2018, developing earned media campaigns to support the launch of the mobile brand’s 5G product. He began his career in technology PR with Text100 before moving to Splendid Communications in 2008.

An early adopter of digital and social media tactics for the likes of Smirnoff and Spotify, Ramachandran joined M&C Saatchi Sport & Entertainment as digital director in 2012, leading the agency’s digital creative output for clients including O2, adidas and Samsung. He joined Freuds as creative director in 2017, working primarily on KFC, Nike and new business.

Ramachandran said: “There’s an attitude to the agency that I was drawn to from the very first conversations with Mitch and Dan. The mentality is to push it creatively, to tap into pop-culture and make truly memorable work. That edge, plus their client roster and recent big wins made joining them an easy decision for me.”

The other half of the new duo, Heiden, started her career at consumer and entertainment PR shop House PR (formerly Henry’s House). She worked on Eulogy’s alcohol portfolio (Finlandia, Chambord and Midori) as well as for Post Office, Freeview and Royal Mail, and then moved to Unity in 2014, where her accounts included Baileys, Lucozade Sport, Ribena and Butlin’s.

Heiden joined M&C Saatchi Public Relations (which became M&C Saatchi Talk in January) in 2015, being promoted to director and board member in 2019. She headed a number of the agency’s flagship accounts, including launching 5G for EE and leading the House of Peroni team.

She said the move to The Academy was “too good an opportunity to turn down” and that “despite the challenging year, the agency is in incredible shape and it’s been inspiring to see the management team’s commitment to its people throughout. I’m really proud to call this my new agency home.”

Kaye said: “Dan and I want to bring together the best brains under one roof, and hiring Vic and Haran helps us to achieve this. The equal pairing of a director and creative director at the top of each column is how we are creatively scaling The Academy, and we’re excited to see what they can achieve together in 2021.”