Please refer to our Privacy Policy for important information on the use of cookies. By continuing to use this website, you agree to this.
Home Latest The Future of Talent Salon: Context And Perspective Matter
Diana Marszalek

The Future of Talent Salon: Context And Perspective Matter

The Holmes Report convened communications leaders in San Francisco last month for a conversation on the Future of Talent, as part of its first-ever salon series at the Innovation Summit.

When hiring talent, communications leaders are increasingly looking for intangible attributes — acuity and agility are among the most valued traits.

“The biggest thing I look for, and it can’t be taught, is judgement,” said Catherine Hernandez-Blades, senior VP, chief brand and communications officer at Aflac.

The Holmes Report convened communications leaders in San Francisco last month as part of its first-ever salon series at the 6th Innovation Summit. During the Future of Talent salon Hernandez-Blades was joined by fellow communicators representing a range of companies and agencies, as well as recruiting firm Capstone Hill Search.

“The reality is in all our roles there is there is never a right and wrong, never black and white, so you have to have context and perspective to make a judgement,” he said.

Katie Huang Shin (pictured), president of WE Communications’ technology sector and chief strategy officer, said that, when it comes to hiring mid to senior-level leaders, she seeks out candidates “who are accustomed to and embrace the agency model of serving clients” and have the “intellectual ability to problem solve in very ambiguous situations…You need to be able to solve the problem with the limited information that you have.”

A more complex picture emerges, however, around where communications leaders can find candidates with those sought-after traits. Roll, for instance, often leans on the network of people he’s built over the course of his career that also includes senior positions at VMware and Microsoft.

“[I place the] importance of relationship above company. The industry we are working in is all about those relationships,” he said.

Other in-house lead communicators, including Stanford Health Care’s Mary Stutts and Alibaba’s Jennifer Kuperman, made no secret of their favorite means of getting talent: poaching agencies. In doing so, however, Stutts puts a premium on candidates who are risk-takers; Kuperman looks for people from a variety of regions around the globe and who are bilingual.

Jamie McLaughlin (pictured), founder and president of Capstone Hill, said that while his firm uses traditional methods, such as advertising, for finding talent — those only go so far. “Nothing is more powerful than referrals and networking and meeting people face-to-face,” he said, adding that intuition is something he seeks out in candidates.

None of which, however, addresses the dearth of diversity and inclusion in the communications industry, and what steps leaders can take to rectify the situation.

One of the problems with communications recruitment is reactivity

“When you look at our industry it is really hard to find senior people that come from a diverse background. There aren’t a lot of people out there for people to model,” Shin said.

The way Shin sees it, the problem stems, in part, from communications not being valued in academia the way other disciplines, such as management or business, are, meaning a larger elevation of the business is necessary.

McLaughlin, however, said the problem also stems from the long-standing practice of communicators putting out the call for candidates when there’s an immediate staffing need, which abates the opportunity to do a thorough search that would reach diverse talent. “One of the problems with communications recruitment is you all are reactive,” he said, adding that, when under the gun to hire someone, “biases unfortunately come into play.

You have to have context and perspective to make a judgement

Participants also addressed the issue of hiring talent adept at media relations, and if teams need to invest in other expertise at a time when communicators are diversifying their storytelling channels and techniques. The group stressed the importance of media relations as part of larger public relations initiatives, noting the fruits of having media-savvy professionals working with the media to further their clients’ stories.

“We are still in the relationships business,” Hernandez-Blades said, “whether you’re having a relationship with a journalist or an algorithm.” 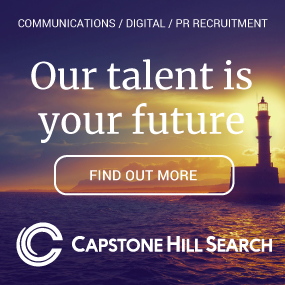