Please refer to our Privacy Policy for important information on the use of cookies. By continuing to use this website, you agree to this.
Home Latest The Good, The Bad & The Legacy: How Virtual Pitching Is Changing New Business 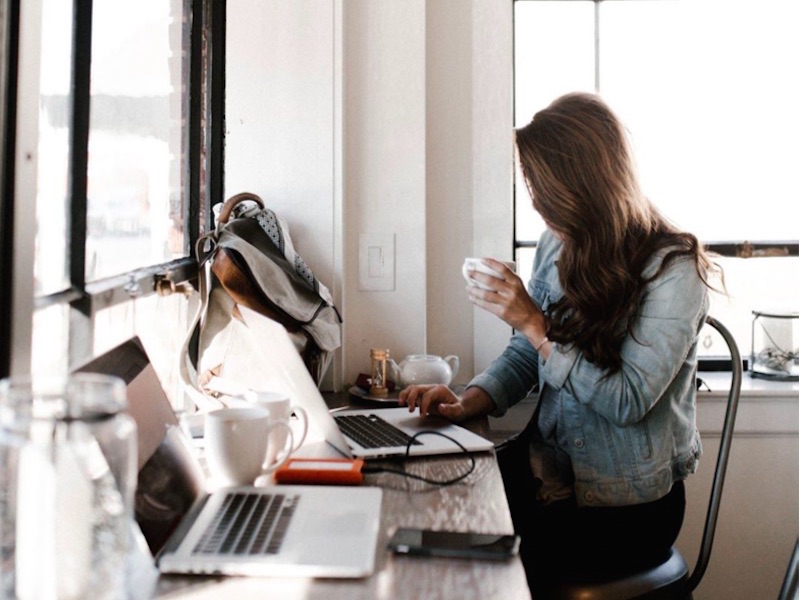 The Good, The Bad & The Legacy: How Virtual Pitching Is Changing New Business

The dazzling receptions, meeting rooms, and catering have been replaced by a fairer process that brings a shared sense of humanity. Will the benefits of virtual pitching outlive the lockdown?

By now, we’re beginning to find our virtual feet. Speaking in a business context, ours is a generation never better placed to weather the storm of Covid-19. We have the tech, and —forgetting those faces frozen mid-gurn in video conferences — most of us have reliable broadband. We’ve used Zoom, Webex, Slack, what-have-you, for everything from catching up with friends, checking in with families, to doing quizzes and getting married apparently. But whilst the way we do things is changing, do we expect it to have any greater ramifications beyond the lockdown?

Pitching is often termed the lifeblood of the industry. Our observation is that agencies are eager for reform; for a fairer process that’s more respectful to their side of the industry. Yet however true this may be, there’s an undeniable magic to the pitch which people cling to. It can have a unifying potential that makes those enduring the long days and nights go back for more. There must, after all, be a reason as to why it’s hung around for so long. And this is why virtual pitching might be a cause for concern for even the most prepared of agencies. The perhaps unexpected question of whether magic works remotely.

In a recent article in PRovoke Media, co-founder of the PR Network Nicky Regazzonni said how adjusting to the new normal is "not simply a case of giving everyone a laptop and carrying on as normal.” And I agree. But rapidly approaching two months under our collective belts, it’s fascinating to see how different agencies are coping during this time. Because for now, there’s no choice. The magic has to become video conference-friendly.

It’s been little over five weeks since the UK lockdown started. And during that time, we’ve adapted all our ongoing reviews to become entirely tech and video conference focussed. Whilst a relatively low 15% have been postponed — a stat I interpreted as equal parts our adaptability to tech, but also our determination as an industry to keep things going.

Whatever the stats though, a time such as this will always make its mark. It would be naive of us to expect that there won’t be the bad, as well as the good. The important thing is that we learn from both and come away from this period open to change and innovation; things historically at the heart of our industry.

The overwhelming observation from agencies pitching virtually so far is one of fairness, with staging now an impossibility and the focus solely based on what matters — the thinking and their ideas. Gone are the dazzling receptions, meeting rooms, and catering; replaced with the one view of your flat that perhaps doesn’t include the washing. That’s a leveller where agencies can rest assured there’s little their competitors can do to outperform them beyond what matters.

With the agencies I’ve spoken to, there’s been a real sense of camaraderie between those individuals going through a pitch together. A sense of being close to your colleagues that has galvanised people the longer we remain apart. It’s about intense collaboration too. Via whatever video conference app you’re using, you are going to the homes of your colleagues and solving problems together. Suddenly the lives captured in the frames and lock screens of office lives are happening in front of you.

Yet beyond the collaboration, as the frequency of new business takes a hit, those reviews that remain suddenly become a little more precious. The potential to win something for your agency has become gilded during this time, and with that comes added pressure. The ever-creeping shadow of furloughs or even layoffs and a big account win suddenly means more than it should to those involved in a virtual pitch.

Our hope is that this sense of pressure should also be reverberating with brands too. In normal circumstances, when it comes to their briefs some brands can be responsible for ever-changing goalposts that leave agency heads spinning. Pitch fees, budgets, even genuine intent, can all feel unstable. And during this time, they’ve frankly become vulnerable. This has meant that despite the heightened value of new business, more agencies have been saying no a lot more to protect their own staff. If the ground is unsteady and their own requests for information have been left unanswered, then they’ll filter the real opportunities from the rest. For agencies, their budget, resources, morale and people are all a little more raw during this time so it’s understandable if a few more questions are asked during these unsettling times.

One of the things holding the traditional pitch back from innovation in recent years has been those reticent to change the process that has undoubtedly seen them through their careers. To them they have a lot more to lose by change. But now, they have little choice.

Like most of our new conditions during this time, the danger comes from refusing to conform. Social distancing and the lockdown are hard pills to swallow. But the more we embrace the current situation, the better we’ll be. Now think of that in the context of virtual pitching and business. We must meet it with the same openness and adaptability. Any businesses refusing to do so; ones that would rather put things on ice and wait for it all to blow over, risk their agencies not being here whenever we return to normal. Change is no longer an unsavoury contemplation; it’s a necessity to survival.

There was a time when a friend would mention they’d met someone, I’d lean forwards, eager to hear more. And at the mention of Tinder, I’d sit back, convinced it wouldn’t live out the week. Now, that’s not the case. Friends have gotten married after they met online. Our whole appraisal of dating apps and online dating in general has shifted from one of eye-rolling to an understanding that it’s simply more suited to our times.

The question is, where will our attitudes lie when it comes to those brands and agencies who partner online? It’s a question for our industry as to whether these partnerships are scrutinised more because of the basis on which they formed. If any partnerships are short-lived or the work less than groundbreaking, we must be careful not to go for the easy targets and assume it was because you can only get so much of a read of chemistry on a video call, and it was always doomed to fail.

Equally, those partnerships mustn’t be sidetracked by the judgement that could potentially overhang them. We’ve seen plenty of excellent work produced of late, a lot of which has been entirely briefed and made remotely. As an industry, we shouldn’t do ourselves the disservice of behaving with any less conviction or bravery than we normally do during this time.

Down the line, instead of scrutiny there should, I think, be a greater feeling of respect towards these partnerships. Not just from the outside, but within. Having run a pitch during a pandemic, and appointed an agency in trying circumstances, there’s the chance that clients might respect their agencies more at the end of this. If not for the gauntlet they’ve run together, then perhaps for the shared humanity I mentioned earlier. Spending hours in one another’s homes, with the inevitable encroachment of one’s personal life could even lay a stronger foundation for the partnership going forwards.

Should partnerships work better because of the greater intimacy they enjoyed during this time, then we must make sure we learn from it. If it means better relationships, then there’s the imperative (business and otherwise) to continue to be more personal. Closer bonds could be formed because of it.

George Blizzard, co-founder of the PR Network alongside Nicky Regazzoni, feels that when we come out of this, it is much more likely we’ll see a hybrid way of working than one that’s fully virtual. I agree, and believe it should be the same when it comes to pitching too. I am not writing the pandemic a blank cheque and saying that whatever conditions we adapt to now, we must keep. But what we must do is be open to change and learn from this situation.

If ways of working are proving more fruitful, then we have to address that. Having this attitude could fundamentally change how we think about the new business process. It could even lay out the future of new business in such a way that we never anticipated.

If we’ve all seen the benefits of virtual pitching, then why would we be so quick to take it away? The circumstances in which we’ve been forced to try this new normal are terrible, and whatever outcome; however positive, I wouldn’t wish we’d gone through this for anything. But if we adapt because of it, we can make the most of the most finite of silver linings.

Stephanie Nattu is Associate Board Director & Business Director for Creativebrief