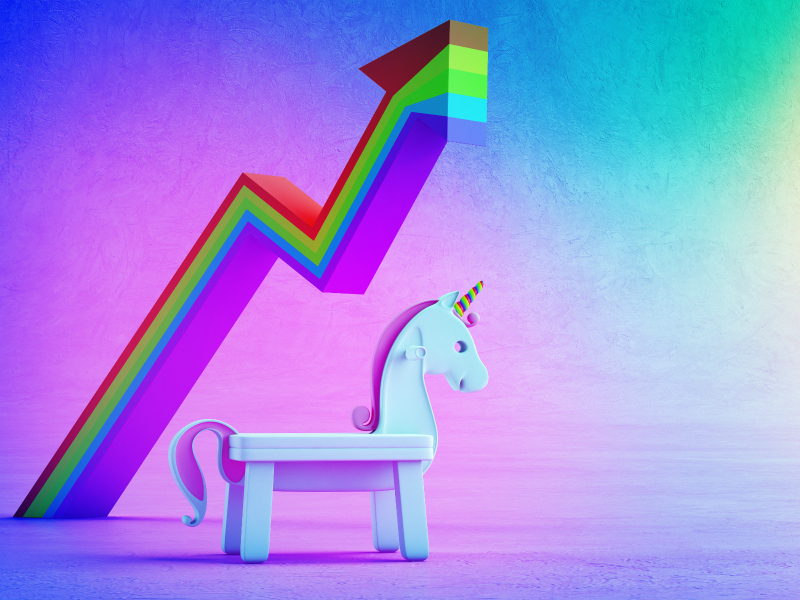 The High Stakes of Funding Communications

At a time when $100 million funding rounds are common, the industry needs to manage expectations and be more creative with their communications plans.

Financial transactions are among the most pivotal moments of a company’s evolution. There are, of course, IPOs, but two other events are also game-changing for high-growth companies: massive funding rounds and M&A. Despite the weight of these inflection points, however, the role of public relations at these junctions can vary wildly. In the best case scenario, there’s a well-planned strategy to communicate to all of a business's stakeholders. But even that can go awry.

Take for instance, what happened to Method Communications with their client Qualtrics. On a Sunday afternoon last November, the Method team was told to come into the office — enterprise giant SAP was acquiring Qualtrics for $8 billion, just five days before its scheduled IPO.

“From there we immediately pivoted to announcing their acquisition by SAP for $8 billion — and coordinating a 3-day media tour for the CEOs of Qualtrics and SAP,” recalls Carolyn Guss, general manager of Method’s San Francisco office. The deal garnered intense media interest, not only for its timing, but also because SAP paid more than 20x revenue for the experience management platform.

Guss, who estimates that Method works on at least one acquisition or funding announcement per month, says it’s critical that whenever crafting a financial communications plan to look beyond the transaction. “It provides an opportunity to tell a broader story, with many elements that show an audience who the company is, how it fits into its market, and why it matters.” she adds.

A compelling narrative may also be the only way to stand out at a time when $100 million infusions, once considered mega-rounds, are now commonplace. According to TechCrunch, in Q1 2019 more than $30 billion was invested in startups — up 22% year-over-year. And when it comes to valuation, unicorns were once considered to be elusive for reaching the slippery billion-dollar valuation. Today, there are more than 300 unicorns.

“There’s so much capital flowing into private tech companies these days that most funding rounds aren’t considered newsworthy,” says Erin Gleason, VP of communications for the Founders Fund, a venture capital fund whose founders include Peter Thiel. “Startups used to see funding rounds as big, easy-to-pitch news moments. Now, it’s very difficult to secure coverage on funding without a great story. I frequently remind our portfolio companies that reporters are not interested in doing PR for them.”

The transaction is also a moment to push the company's business objectives, beyond showcasing its growth: “Do you want to tell a tech story to appeal to potential recruits? Do you want to tell a business story that will attract potential customers? Communications can help founders zero in on their target audience(s) and outlets, and tailor messaging accordingly,” Gleason adds.

Steve Mnich, who leads communications related to startup engagement, technology and venture capital at IBM, echoes the idea that funding stories should be about more than transaction details.

“Do not lose sight of the broader company narrative and vision,” Mnich says. “A financial event is important, but it is most often not the end game. Reiterate the need to continue to deliver on the underlying business strategy, and help people understand the role of the particular financial event.”

Michael Basilio is senior manager of communications at PagerDuty, a cloud computing company that — prior to going public in April — raised more than $170 million in venture funding. He says in order to tell a narrative that breaks through, communicators require a fundamental grasp of the business, which can be challenging in some organizations.

“As in-house communicators, we can sometimes overlook the fact that media or investors may not have the same level of understanding of the business or product as it’s not their primary focus,” Basilio says. “If we believe there’s a gap in understanding, it’s imperative to educate all interested parties to ensure they are knowledgeable of the background and value of the company. Understanding a business will enable media to convey value to their audience and allow investors to analyze or even prognosticate on the company’s health.”

In a recent blog post, M&A firm Kekst CNC points out that smaller deals increasingly present opportunities to focus on a company's go-forward strategy.  Companies "take advantage even of such seemingly small opportunities to articulate strategy and explain the positioning of their company, to ensure investors recognize the value of investing their capital and how it fits within the context of their overall capital allocation strategy."

When it comes to M&A news, however, leaks seem to come with the territory. Interestingly, at least one study has shown that leaks are an advantage for sellers, as buyers pay an average 18% premium for deals that are exposed early. The study also revealed that from 2004 to 2012, 19% of deals in the UK leaked, while only 7% did so in the United States, and 10% in Asia. Whether leaks are strategic or accidental, it would be shockingly naive for communicators not to plan for them.

“Expect news to leak, but avoid over-rotating,” says IBM’s Mnich. When a leak happens, the first step should be gathering as much information as possible and making sure everyone knows their roles and responsibilities. “Good journalists will confirm the information from multiple sources before publishing, so be mindful about what you’re immediately willing to disclose...Expect pressure from those with the leaked information, but remain calm and make a strategic decision on whether or not – and how – to respond.”

Increasingly, social media plays a key role in M&A announcements. According to the Brunswick Group, more than one in four deals are first reported on Twitter. Moreover, the firm's survey of global buy/sell-side investors found that: "90% of respondents said they actively use social media to investigate investment decisions. One in three Bloomberg Terminal users access social media through their machines." Meanwhile, the Brunswick Insights survey also found that 70% of buy/sell-side investors use Google to research deals and 48% make decisions based on those results.

When it comes to financial communications, agility seems to be among the most prized assets of a communications team. But being nimble isn’t just for the game-changing moments. In today’s finicky media environment, it matters even in seemingly low-stakes situations.

For instance, Method Communications worked with the India-based software company Freshworks on its $100 million Series G funding from high-profile investors Sequoia, Accel and others last year. The announcement was intended to break the company into the US, but of course, challenges abound.

“One was that Freshworks' story wasn’t well understood by business and technology media, and because we were engaged shortly before the funding, we didn’t have time to build a foundational understanding of what Freshworks does, and why it’s an exciting company,” says Method’s Guss. “The other was that Freshworks CEO is based in India, making media access challenging.”

The team ultimately opted to host a media dinner to share the funding news with an embargo for the following morning. There were two risks in this approach: first, the high likelihood that someone would leak the news prior to the embargo lifting; and second, the business media increasingly expect to cover funding news exclusively.

“We included partners from Accel and Sequoia to add color to the story, and worked with Freshworks on some compelling talking points, the most notable being their goal to become the first global software IPO out of India,” Guss says.

For Freshworks, the event was a success because all of the attending media — including Bloomberg, TechCruch, VentureBeat and Business Insider — held the embargo and its broader business story was told. But what is most notable here is, the objectives for the dinner were clearly demonstrated and realistically attainable. Like any communications initiative — financial or otherwise, success often hinges upon setting expectations.

“It’s important for founders and other executives to set realistic benchmarks,” IBM’s Mnich says. “Communicators must help executives understand these nuances and create an overall strategy and deploy tactics that advance the company’s unique business goals and audience.”