Please refer to our Privacy Policy for important information on the use of cookies. By continuing to use this website, you agree to this.
Home Latest The Impact Of The War On Ukraine's Comms Business: An On-the-Ground Perspective 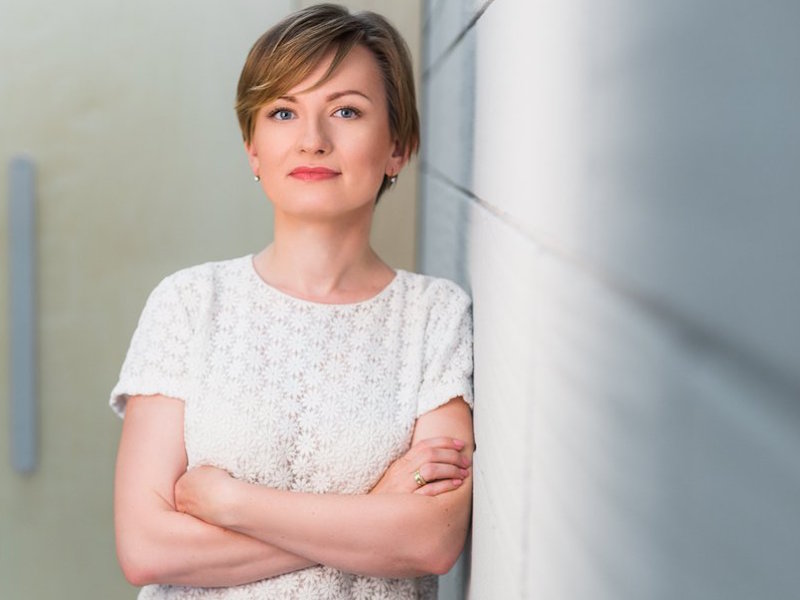 The Impact Of The War On Ukraine's Comms Business: An On-the-Ground Perspective

The phrase “What is your superpower? I am Ukrainian” has become the quintessence of active spiritual development and creative growth.

On February 24, 2022, Russia started a full-scale invasion of Ukraine, after an eight-year war in Donbas. The life of the whole country changed in one morning. The war acted as a catalyst that revealed the true essence of the Ukrainian people.

All Ukrainians instantly pulled together and stood up for Ukraine - helping the army and country in all possible ways. Ukrainian volunteers are a unique phenomenon of a self-organising, effective and independent movement. In fact, 26% of Ukrainians are actively involved in supporting the effort, while 23% would like to or plan to be involved.

Ukrainians are highly interested and very concerned in the present situation. Hence, monthly visits increased rapidly to the biggest charitable fund’s website (www.SaveLife.in.ua) that donates to the Armed Forces of Ukraine, and to the Ministry of Defense of Ukraine’s site. Visits to the site, SaveLife.in.ua, have grown to a record number after the war had started.

According to new research, cohesion within Ukrainian society reached the highest point - more than two times since the war began.

About 25% or 10 million Ukrainians were forced to become refugees (3.5 million were forced to move abroad and 6.5 million moved within the country). Despite this, Ukrainians’ willingness to live in Ukraine remains strong, highlighted by 79% of those who crossed the border are planning to return to Ukraine.

The communications industry is always at the forefront of society and is the first to feel all the cataclysms.

The communications business is closely linked to the well-being of the commercial business, which has already been severely affected and continues to suffer losses.

57% of Ukrainians have a job, but the income of almost half of them decreased. Only 26% are employed and are working, 38% are not employed, and 35% don’t have a stable income.

36% of advertisers were forced to discontinue business without the possibility of resumption after 24th February. 36% of advertising agencies decreased salaries, while 16% terminated contracts and up to a third totally stopped payments to their employees & suppliers.

There is an interesting study that shows that most people who have experienced trauma do not develop PTSD, many of them even say that they grew up after the experience. Richard Tedeschi and Lawrence Kalun coined the term "post-traumatic growth" to convey the essence of this phenomenon. By their definition, these are positive psychological changes because of very difficult life circumstances.

I think the communications business is going through this post-traumatic growth phenomenon right now. Despite the serious economic crisis, we were one of the first to start our information war. Social campaigns in support of the Armed Forces of Ukraine, refugees, campaigns calling for the protection of the Ukrainian sky and telling the truth about the war began to appear literally in the first week of the aggression.

Within the Publicis Groupe Ukraine alone, more than 15 social campaigns in support of Ukraine were launched during the first 100 days of the war.

Ukrainian creativity is now heard in Europe and the USA, and many colleagues are gaining international experience. We have become self-confident; we have become better aware of our strengths and how to apply them in the most effective way. The phrase “What is your superpower? I am Ukrainian” has become the quintessence of active spiritual development and creative growth.

Despite the shutdown of many businesses due to the war, Ukrainians are willing to act. People describe their condition as a concern (41%) and express a desire to work (33%).

Business is transformed and adapted to modern realities. About half of digital agencies expect to resume operations at 75% capacity in the second half of 2022. One third of advertisers & advertising agencies who had stopped their business, have already resumed their work.

The active development of Ukrainian brands began after the Revolution of Dignity and the start of the war in 2014, but now there is an even greater level of desire to support Ukrainian brands and boycott brands that elect to stay in Russia.

Solidarity and patriotism gave a tremendous push to the development of the Ukrainian language. Many Russian-speaking Ukrainians switched to Ukrainian. Ukrainian music is flourishing. During the first 100 days of the war, a lot of patriotic songs were created, a cover of the national anthem of the Ukrainian Volunteer Legion “Oh, there is red viburnum in the meadow” now sounds in every Ukrainian courtyard and was covered by famous foreign bands and artists.

Ukrainian content is becoming relevant and interesting all over the world, which means that the Ukrainian communications industry has a great opportunity to reveal its talent and show its effectiveness to the whole world!

We have a difficult long road ahead of us, but we will definitely win, as the outstanding Ukrainian poet Ivan Franko bequeathed in his poem “Stonemasons”:

“Everyone has a heavy iron hammer in their hands,

And a voice loud to us from above, like thunder, thunders:

"Beat this rock! Let not the heat nor the cold

Dare stop you! Endure labor, and the thirst, and hunger,

Because you are destined to break down this rock. "