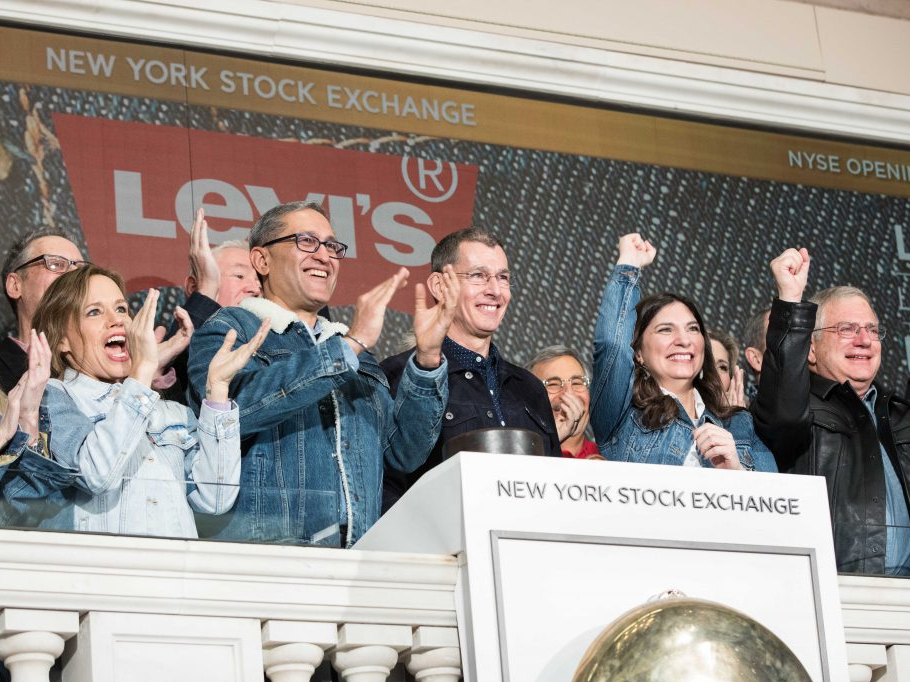 ‘The IPO is the New Starting Line’

In the final installment of our PR and financial events series, we explore how communications departments have to recalibrate following an IPO.

Earlier this year, Levis Strauss had one of the year’s most successful IPOs when shares surged more than 30% following the company’s debut on the NYSE. The iconic blue jeans company made its roaring comeback as a public company in March, after going private in 1985. And, of course, since listing day, the company has been watched even more closely as a public company. In July, CNN noted that Levi Strauss “is suffering from growing pains” after Q2 profits fell and more recently Barron’s noted that “Levi Strauss is falling” after the stock price ticked down.


The increased scrutiny that comes with being a public company means the media narrative changes often and quickly. In the final installment of our series looking at PR and financial events, we explore how communications departments have to recalibrate following an IPO.

“At listing day our executives said, ‘The IPO is the new starting line, not the finish line,’” says Kelly McGinnis, who has been CCO at Levi Strauss since 2013. “There is so much planning, preparation and execution as you head into an IPO that it’s easy to focus solely on those milestones without stopping to consider what comes next.”

Levi Strauss was already well-versed in being a public company, as it had been public debt issuer for years, she adds. The team was already submitting financials to the Securities and Exchange Commission and hosted regular earnings conference calls.

“What changed most was the size and extent of the investing audience that places a focus on us every quarter,” McGinnis says. “Every word is scrutinized for meaning as it relates to the business performance. The increased focus from the investment community has also opened up more opportunity to engage with the business media regularly in addition to the industry coverage we normally would receive.”

Matt Hicks, vice president of executive communications for Zendesk, joined the cloud-based customer service company in 2013. This was one year before its celebrated IPO, in which shares rose 44% on its listing day.

“Expectations change dramatically from the media after you IPO,” Hicks says. “You suddenly are playing in a bigger league, and reporters want to know what your next big act will be after going public. Will you make significant acquisitions, enter new product areas, challenge an incumbent more directly in your industry? It's not good enough anymore to be well-funded with a growing user base."

To show the media Zendesk was building for the long-term, the communications team made a point of being open about its aggressive growth targets. For instance, in 2016, Zendesk announced its goal to reach$1 billion in revenue by 2020, just after it had reported year-end revenue of $208.8 million.

“That helped set a market and show media that we were aiming much bigger than where we were at the time,” Hicks says. “And it became part of our growth story overall as reporters kept covering us in the years following. We have since publicly stated our intentions to be a multibillion-dollar revenue company longer term.”

Katy Laine Kenealy, SVP at Method Communications, who has worked on IPOs for Domo and PagerDuty says communicators should prepare for a dramatic shift when moving from the high-growth startup phase into a small or medium public company.

“As a startup, everyone wants to know if and when you’ll exit, and what route you’ll take,” Kenealy says. “The next big step for a public company is less obvious and immediate.”


She adds, when a startup is in high-growth mode, its executives tend to focus their narrative on building the company and preparing for an exit. But as a public company, executives should become skilled in speaking to the broader market and industry trends.

“After an IPO, more onus is on you as a communications professional to build a bigger story,” adds Zendesk’s Hicks. “You may have significant corporate moments like acquisitions, but they are often less notable and obvious to the media than the big IPO day. You need to cultivate your core reporter relationships to show them that you are on a trajectory to be not only a public company but also a company defining your industry.”

‘We’re telling a bigger story about our quarter’

In 2006, the CEO of the now defunct Sun Microsystems asked the Securities and Exchange Commission to put blogs on par with press releases and filings when it comes to disclosing financial information. At the time, it seemed like we were on the cusp of reinventing financial communications. Yet, more than a decade later, financial disclosures remain fairly traditional with incremental innovations. (Sun's CEO, Jonathan Schwartz, however, remained unconventional, resigning via a haiku on Twitter in 2010.)

“I’ve heard of companies bringing creativity to the process but I am wary of this approach,” says Method’s Kenealy. “A key to earnings is to decide on an announcement format and stick to it. A creative visual or campaign is great when your earnings are positive, but will you want to continue the tradition if results are stagnant or worse? I’d prefer to not have to answer the question during an already stressful time for your organization.”

But even the most conservative pockets of communications are evolving. Hicks points out, that Zendesk has abandoned long scripted introductions in favor of publishing shareholder letters.

“We publish a quarterly shareholder letter that is well designed and includes graphics and arts to tell a bigger story about our quarter — not just our financial results but our milestones around products, operations and leadership,” he says. The letter serves two main purposes: it allows for more analyst Q&A during the earnings call, and it can be used more broadly for internal and external communications.

“Our CEO also posts a tweet every quarter that recaps our results and highlights in a creative way — often with a fun theme,” Hicks says. “It's a way to extend the narrative of the quarter to a broader audience beyond Wall Street.”

In the previous installment of this series, we considered the emotional toll that an IPO can have on employees. But what about after a company goes public? The stock price can become a proxy of the company’s overall health without other internal markers.

“It’s all about maintaining a balance between keeping employees informed on quarterly earnings while also encouraging them to focus on the long-term success of the business, not the day-to-day fluctuations in stock price,” Levi’s McGinnis says.

Hicks adds, “Employees can get fixated on the stock price. and lose sight of the long-term vision if you don't constantly communicate that vision to them and put context around your results. The communications leader needs to be front and center in crafting the internal story alongside the executive team.”

Earlier this summer, the Business Roundtable issued a new statement on the purpose of a corporation, signed by 181 CEOs that could signal a new era of accountable capitalism. The new statement committed to delivering value to all stakeholders, including employees, customers and communities — a sharp turn from its previous statement that corporations exist to maximize value to shareholders.

As part of its series on sustainable capitalism, the FT recently explored whether Levi’s moral mission can endure the public markets. The piece highlights the unconventional pitch Levi’s made to investors “telling them that it would manage its business for the long term and not provide quarterly earnings forecasts. Shareholders after a quick win need not apply.”

“I hope I don’t live to regret these words, but I think we have an opportunity to show that you can run a company with profits through principles . . . and be thinking about not just shareholder returns, but stakeholder returns more broadly,” Levi CEO Chip Bergh says at the end of the article.

There’s an obvious, and somewhat hopeful, parallel here between Bergh’s vision and the advice McGinnis gives to companies as they transition into the post-IPO phase of their business lifecycle.

"Our CEO says all the time that becoming public will make us a better, more disciplined company,” she says. “It gives you the opportunity to get more visibility for the work you’re doing, but you’re also more exposed. What we say and how and when we say it matters more than ever.”