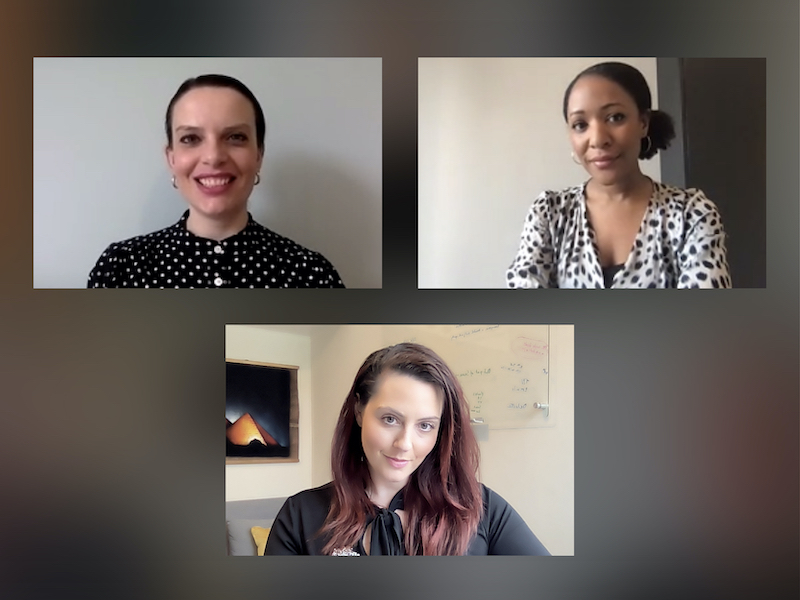 BT’s director of talent, leadership and diversity joins the D&I specialist consultancy as part of senior team expansion, after a year of growth.

LONDON — Specialist diversity and inclusion consultancy The Unmistakables has put a new leadership team in place after a year of growth.

CEO Asad Dhunna, who founded the firm in 2018, has hired former BT group director of talent, leadership and diversity Simone Marquis (pictured, bottom) to expand the consultancy’s services to offer “inside out inclusion”: helping clients “build cultural confidence” as they navigate diversity, inclusion and hybrid working.

Dhunna told PRovoke Media that over the past year, particularly in the wake of Black Lives Matter, the agency had substantially increased its diversity and inclusion consultancy for clients including Unilever, Shelter, Tech Nation and Penguin Random House, and had grown from a team of four to 12 people.

“Interest in DE&I has exploded. We’re working more strategically, inside organisations, looking at culture, behaviours, the make-up of the team and how people work, before external communications. We couldn’t have predicted what’s happened in the world since we launched, now we just need to keep momentum up, and we have to do it consciously. It’s astounding what it took for there to be action, but the level of effort companies are now putting in feels like we’re at a turning point in society.”

Dhunna said clients were also asking the team to look at the development of PR and ad campaigns and content, including whether implicit bias has been playing out: “Having that conversation between client and agency can be difficult – it’s being bold and having the language together to create better work. Either pre-production or as part of insights gathering, we’re there to facilitate that conversation.”

He said The Unmistakables had developed tools to analyse campaigns through the lens of inclusion, as well as building a network of 200 “culture makers” to bring in and advise clients: “It’s about what team the believes and what the brand stands for – it’s way beyond a conversation about tokenistic, tick-box approach of putting a Black person in a role – it’s about a real sense of belonging. We often find people lacking confidence around language and what they can or can’t say, depending on the organisational culture and how safe people feel.”

Harvey added: “The conversation around diversity and inclusion has put a fire in the bellies of many organisations, and the opportunity to deliver more inclusive campaigns has never been greater. There is now an urgent need for marketing and communications teams to feel culturally confident and to access authentic insight from often underrepresented voices.

“We’re already helping our client partners deliver stronger, more authentic campaigns that resonate with more audiences and won’t stop until we see true representation not just in campaigns but in the teams that work on them behind-the-scenes.”

The consultancy also works with clients including HSBC, Ted Baker, Fremantle, Macmillan and the England and Wales Cricket Board.