Please refer to our Privacy Policy for important information on the use of cookies. By continuing to use this website, you agree to this.
Home Latest Title Nine Calls In Finn Partners For Pay Equality Campaign 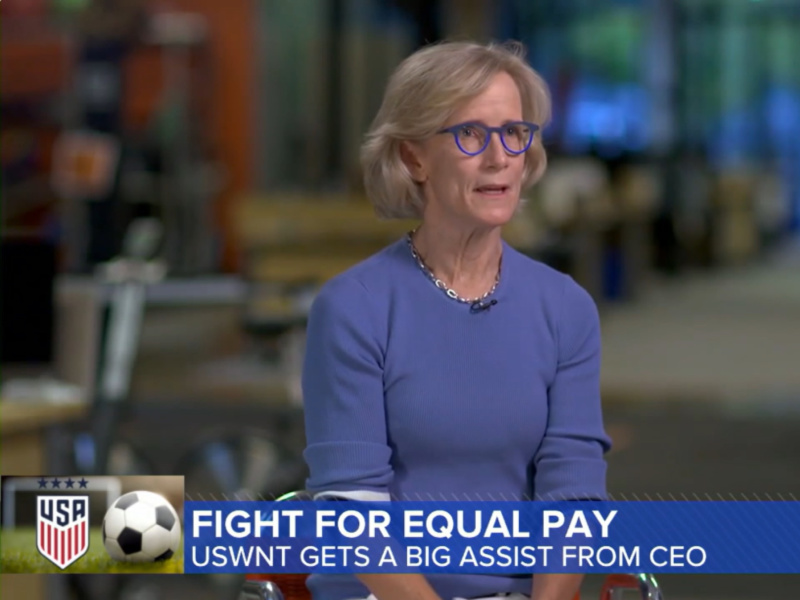 The retailer Title Nine has hired Finn Partners to bolster the company's push for equal pay for women athletes.

Title Nine partnered with the agency this summer to create and execute an integrated campaign to drive awareness of the issue after founder Missy Park donated $1 million to the US Women’s National Soccer Team, which is leading the charge for equal pay.

Title Nine tapped Finn Partners exclusively for the project without a formal review. The retailer regularly works with Outside PR, a San Francisco area firm that specializes in outdoor-oriented PR.

The deal led to Title Nine's new #KickInForEqualPay campaign calling on companies and individuals to contribute to the cause as well.

Becca Roux, executive director of the national team’s players association, said Title Nine’s $1 million donation for equal pay is the largest the group has received. "Brands have significant power to impact the public dialogue on this important issue and we applaud Title Nine for stepping up and leading the effort to support the players and women in every industry," said Roux.

Said Park: "We don't sponsor athletes of any sort, ever. We don't play in this game, I don't think we'll ever play it again. For me, it was one of those things where, if we can do this my hope is it will it will encourage others."