Please refer to our Privacy Policy for important information on the use of cookies. By continuing to use this website, you agree to this.
Home Latest TVC’s James Myers Joins 4media Group As Chief Innovation Officer 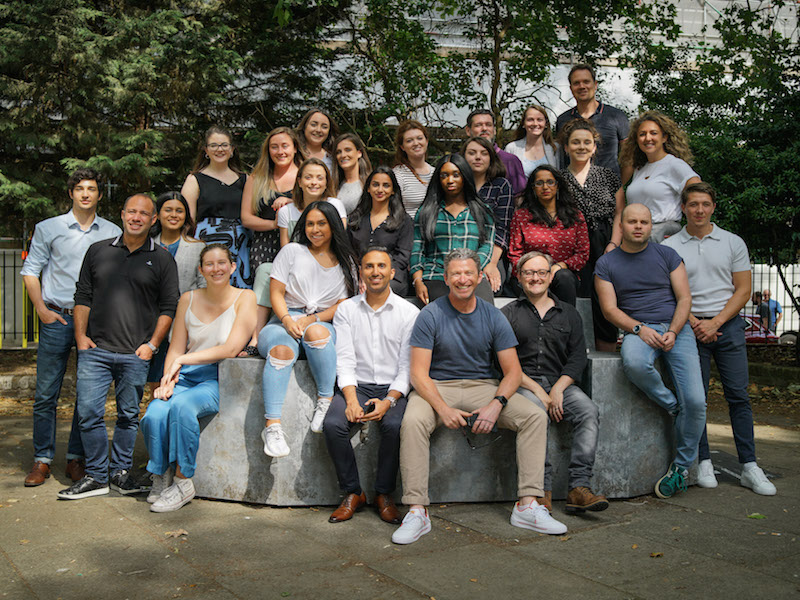 LONDON — James Myers, the former group managing director of TVC, who left the company in February after 17 years, has moved to 4media Group as its first chief innovation officer, the Holmes Report has learned.

In the new role, Myers will work alongside global CEO and founder Ed Cyster to develop 4media – like TVC, a broadcast, digital and market intelligence specialist. The firm is based in London and moved into the US three years ago, headquartered in Arkansas and with offices across the country.

Myers (pictured, second left) told the Holmes Report: “It’s an agency with big ambitions and I’m joining during a period of massive growth. My focus will be on broadening and innovating across the service offering, including broadcast, research, social, digital and consulting services. It’s familiar territory, it’s familiar territory and I’m excited to use my experience to build totally new services and products at 4media.”

Privately-owned 4media currently has around 80 staffers, and has plans to expand its presence in Europe and move into AsiaPac. The firm has made a number of other recent senior hires to its executive team, including another former TVC director, Danielle Bassin, as senior director of global client services, and Iain Pratt from Edelman as CFO. Cyster also brought Michael Clark – former COO of Mitchell Communications, which was founded by Elise Mitchell and is now owned by Dentsu Aegis – out of retirement to act as global COO.

Cyster said: “James has worked on big ticket global PR and integrated comms projects for some of the biggest clients in the world for 20 years, but when we met him we saw more than just his experience. He has a strong personality, fits really well into our culture, and it’s no wonder he has so many clients who think so highly of him. We’re trying to make sure we are first in class when it comes to innovation and integration, and he’s had a very similar journey towards an integrated model at TVC.”

Cyster said the company was 18 months into an “ambitious but realistic” five-year plan, which was likely to include its first US acquisition of another broadcast agency in the near future: “We’re looking at a 24-month runway to become a fully-integrated global offering, and we want to triple the size of the company in that time.

“That’s a big growth target and it will partly be determined by talent. James is a key piece of the org chart and we’re also looking for another three to five executives, including a global market research lead, and PR directors in the UK and US. I’m incredibly proud of the senior leadership teams. We’re forecasting revenue of around $15m this year, and we’ve built $7m of that in three years in the US alone.”

Project work currently makes up 65-70% of the group’s revenue, and Cyster said part of the business plan was to move into more retained relationships with existing clients, who include Microsoft, Red Bull – for whom Cyster was an acrobatic pilot – Nationwide and Sony Playstation, as well as leading PR agencies.

Cyster added that the agency was also looking at another proposition as part of its integrated offering, focused on shopper digital marketing, which he predicted would be one of the biggest parts of the group within three years.