Please refer to our Privacy Policy for important information on the use of cookies. By continuing to use this website, you agree to this.
Home Latest UK PR Census Reveals Impact Of 2020 On Gender & Racial Equity 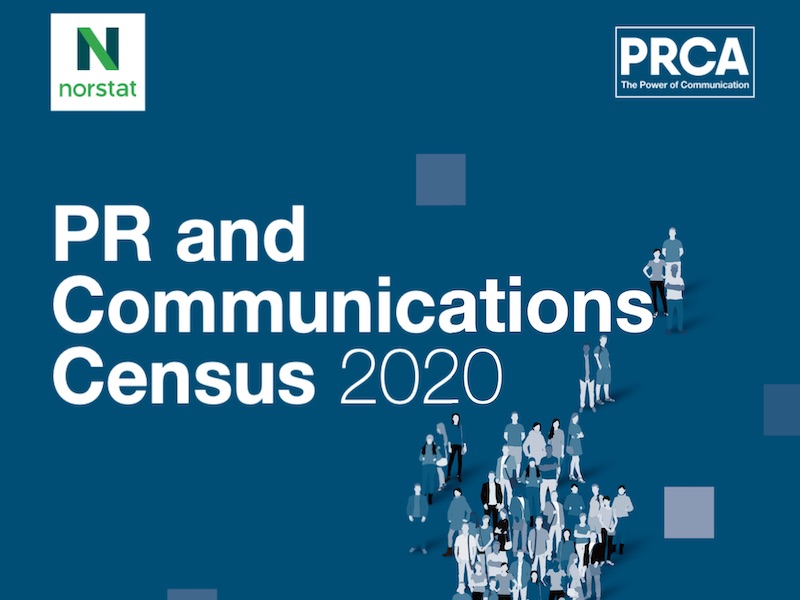 The PRCA Census provides useful insight into the impact of the pandemic and BLM on the UK PR industry, including jobs, women, and approaches to DE&I.

LONDON — Women working in PR are bearing the brunt of the fallout from the pandemic in terms of jobs and pay, according to the annual census from the UK's Public Relations & Communications Association (PRCA), but there is more positive news on changing approaches to racial diversity, equity and inclusion within the industry.

This year’s study, carried out by Norstat, combines data from more than 1,250 UK PR professionals in total, with 918 responses in March and 333 responses in October. Although the different sample sizes make direct comparisons at either end of the period difficult, it offers a snapshot of the UK communications industry before and during a year where the twin impacts of Covid-19 and the focus on the Black Lives Matter movement have had a significant impact.

It is still too early to give an indication of the impact of the pandemic on overall fee income – the results of the March 2021 census will give a clearer idea of how the value of the industry has changed over the full year – but the census data gathered in March shows that the industry was on course for another year of growth, having contributed £15.7bn to the economy and employing a workforce of 97,300 before the pandemic struck.

However, the second October survey included new questions on job losses, and found more than a third (34%) of survey respondents reporting redundancies at their organisations.

Of these, while almost the same proportion of men and women were made redundant as a result of Covid (13% men; 10% women), of the 9% who were furloughed in the first UK lockdown, only 60% of women are back to work full-time, compared to 75% of men, and 20% of women have gone back part-time (compared to 0% of male respondents).

The census also reports a concerning rise in the gender pay gap, which grew from 14% in 2019 to 15% in March 2020. The most recent data gathered in October suggests the gap has risen far further, to 21%, but Norstat points out that this may be down to a larger proportion of senior respondents to the second survey, where the pay gap is most acute.

Women in PR president Bibi Hilton said the pandemic had “disproportionately impacted women in our industry”, reflecting the picture across the workforce globally where the burden of unpaid care and home schooling has had a significant impact on female employment levels.

She said: “It is critical as an industry that we drive flexible working, mentoring and changes to recruitment practices in order to ensure this cohort of women are not lost to the industry and we can support them into leadership to address the significant imbalance at the top.”

The census also shows that the industry still faces a significant challenge in its attempts to become more racially equitable: while the number of Black and ethnically diverse professionals has increased incrementally to 12% (from 10% in 2019), they overwhelmingly occupy junior roles. While 88% of people at managing director level identify as White British, only around half (54%) of account executives identify in the same way.

There is some positive news in the report: the impact of the increased focus on DE&I in the industry in the wake of George Floyd’s murder and the prominence of the Black Lives Matter movement does seem to finally be shifting the needle.

However, Barbara Phillips, the chair of the PRCA’s Race & Ethnicity Equity Board, said one in ten respondents still rating their organisation as poor on DE&I was not good enough: “We know we are better than these latest statistics. We are the ones who convince and cajole our client's customers and audiences to engage with products and services because they identify with a narrative.

“Currently the PR and communications narrative in regard to ethnic diversity is one that urgently needs rewriting. Let's refresh our industry's reputation among diverse groups and make the changes that welcomes everyone to an industry that, if you stay, can offer the most amazing experiences.”

PRCA director general Francis Ingham added that the effects of the pandemic offered the industry “the opportunity to reset our approach to diversity” and while the industry had “recruited and promoted in its own image” for too long, there was now “genuine appetite for change among business leaders”.

He said the PRCA would be introducing a diversity module into its Consultancy Management Standard next year to raise standards: “There is no place for unethical cultures that tolerate inequality. Our industry must do better – empathy and ethics must form the heart of our industry’s recovery from the pandemic.”

Mental health continues to be a huge issue for the industry, with 34% in October saying they had suffered from or been diagnosed with mental ill health, although this was, perhaps surprisingly, slightly down from 39% of respondents in March.

Work-life balance in the industry has also become an increasing problem with remote working blurring the boundaries, with around 44% of practitioners now making work-related calls or send work-related emails outside of office hours every day. In contrast, when the census asked this question in March, only 29% said they worked outside of office hours every day.

Overall, the PRCA is bullish about the industry bouncing back in 2021. As Ingham comments in the executive summary of the census: “Looking for the positives and past the stresses and the strains of this year, the trends that power us forward have been multiplied − the power and value of reputation has never been more apparent; the drift from advertising and toward PR never been more clear; our skill at digital story-telling never plainer.

“And during this period too, the industry has pulled together, sharing advice and insight to help sometime competitors survive. I feel desperately sad for those whose companies and whose jobs have not survived this period. But looking forward, I see many reasons to say that 2021 will see those jobs and those companies return −because next year will be a year of growth once more."