Please refer to our Privacy Policy for important information on the use of cookies. By continuing to use this website, you agree to this.
Home Latest Ukraine: "It's Never Too Late To Take A Principled Position" 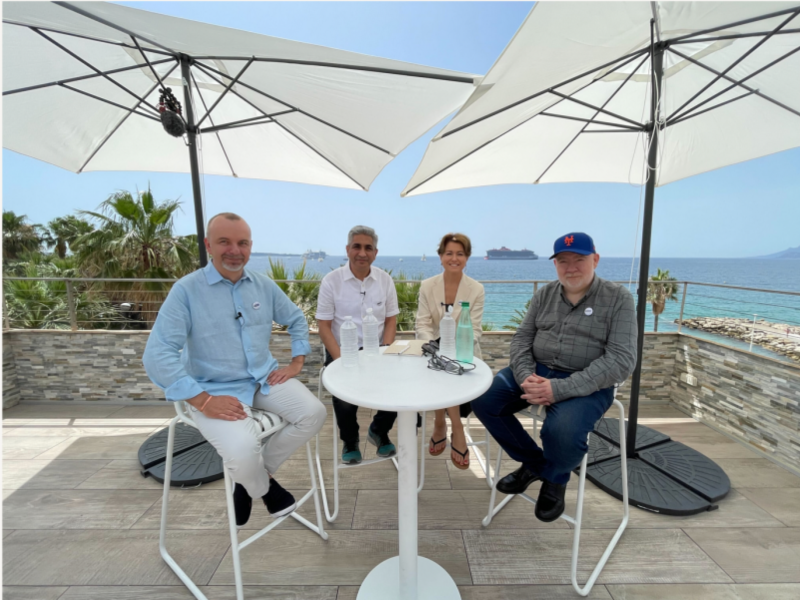 Ukraine: "It's Never Too Late To Take A Principled Position"

Panelists discussed the critical role communicators have to play in fighting misinformation about Russia's war against Ukraine.

“And if we want to sooner rather than later create a zone of discomfort for Russia, and to explain that what they are doing is not OK among the civilized community, stop working with them, stop representing them, and start alienating them from organizations that are important to them. That could influence their behavior,” she said.

Popovych was joined in the panel discussion by AvianWE Group CEO and ICCO president Nitin Mantri and Hill+Knowlton Warsaw Group CEO Grzegorz Szczepański, all of whom focused on how crucial it is that communicators rise to the occasion given Ukraine’s battle with Russia and the torrent of misinformation around it — making it powerful enough to influence the outcome of the war.

Popovych said she started appealing to members of the PR industry before the war in hopes that a unitfied effort by communicators could thwart Russia’s invasion.

“I was hoping that maybe if we put enough pressure on the governments before the invasion started, if Ukraine was armed better, if the call to action sounded louder, maybe we could have prevented it,” said Popovych, who founded the media center in 2014 to amplify Ukraine’s voice internationally. Popovych worked with government ministries, too, on communicating in ways that rallied populations to identify as Ukrainians with their own state, language, culture and traditions.

“Unfortunately, we failed because we were not able to stop Russia,” she said. “At the same time, I feel that the resistance you see today, the resilience you see today, is partially because we do have that more critical mass of Ukrainians that understands who they are.”

In addition, in the time since the invasion, the PR industry has been “remarkably supportive,” not only in cutting ties to Russia but also by being part of the ICCO’s Ukraine Communications Support Network, which Popovych co-chairs with president and PRCA Chair, David Gallagher, she said. The media leaving Moscow — and the Kremlin’s point-of-view — in favor of reporting from Ukraine also was a big show of solidarity, she said.

“Our efforts are focused now. On one hand (we are) relating the pain of the people who are suffering in Ukraine but more broadly it is building this understanding among the profession of how important it is for us as advisors to advise our clients to leave Russia, to isolate it, to ensure that it’s weakened in this aggression against Ukraine, and thirdly to seek justice,” she said. “I think we have unfortunately been witnesses to so many war crimes in Ukraine that only justice can cure it, can heal it.”

Mantri echoed Popovych’s sentiments that the industry is very much aligned on those goals but added that the Ukraine Crisis Support Network still needs more “brand ambassadors” in countries around the world, particularly in former colonies in Africa and South America, to help fight disinformation.  The network can’t achieve its mission without having support in countries whose populations are more susceptible to misinformation, he said.

Once that’s achieved, ICCO will focus more on training so those ambassadors can combat misinformation in effective ways, Mantri said. He added that PR firms should also back their commitment to the truth by hiring fact checkers, so they are prepared to counter misinformation as needed.

“We have to sustain this because the war is not ending,” he said.

Szczepański agreed, saying one of the biggest threats to communicators’ efforts is people losing interest in the war the longer in continues. Disinformation’s deep-seated roots in Poland makes it difficult to root out and will continue to take hold if threats to democracy and freedom like the war in Ukraine don’t seem relevant.

Said Popovych, “One hundred, maybe more, soldiers dying from Ukraine is because we have not been effective yet. That means that our voices have not been heard.

“We have to explain that there is a price for freedom.  I am sorry the price of gasoline went up. But freedom is priceless.”