Please refer to our Privacy Policy for important information on the use of cookies. By continuing to use this website, you agree to this.
Home Latest UN Women Calls In Havas PR For New #HeForShe Initiative 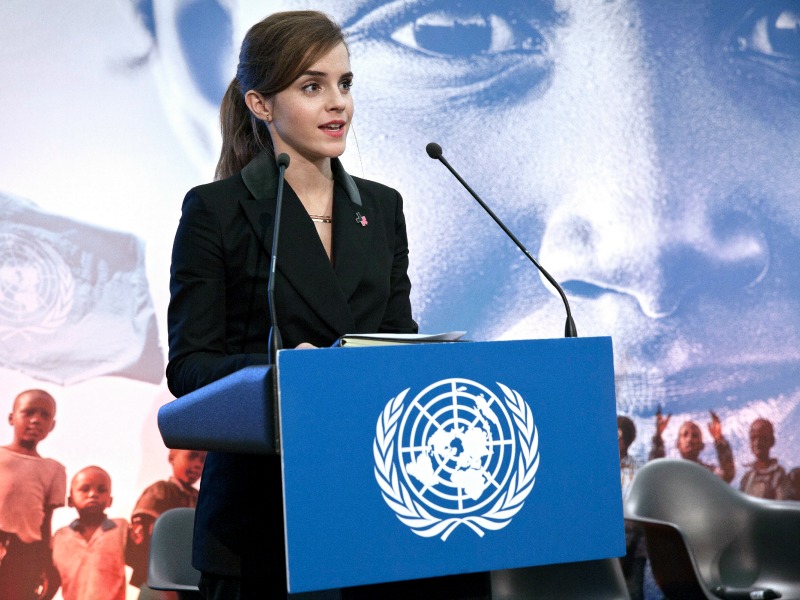 DAVOS—The UN organization dedicated to gender equality has called in Havas PR to support the next phase of its #HeForShe campaign, which was launched today by actress Emma Watson in Davos.

First launched by Watson in September at the UN General Assembly, the HeForShe campaign aims to to mobilize men and boys in the movement for gender equality. The new phase — called Impact 10x10x10 — looks to engage governments, corporations and universities to make concrete commitments to women's empowerment and gender equality.

"I want to hear from the human beings that are behind these organizations," said Watson at press conference in Davos today. "I spoke about some of my story in September — what are your stories?"

As an example Watson asked businessmen for stories about how they have "mentored,
supported, or engaged women in leadership positions."


"Decide what your commitment is, make it public, and report back so we can share your story," added Watson. "We want to support and reinforce your efforts."

At the Holmes Report's Global PR Summit last year, UN Women executive director Elizabeth Nyamayaro explained that "unless we made gender inequality an issue that matters to men and women, we knew that gender equality would never be a reality."

Since the #HeforShe campaign launched in September, the hashtag has been used by 1.2bn people and has become so popular Twitter has painted it on their wall.

"Women alone cannot fight the deeply entrenched stereotypes in society," says UN Women's Phumzile Mlambo-Ngcuka. "But together men and women can turn the tide of inequality.".

Nyamayaro was unable to confirm Havas PR's appointment, citing tender restrictions. An Ogilvy PR representative confirmed the firm had "stepped back" from the assignment.