Please refer to our Privacy Policy for important information on the use of cookies. By continuing to use this website, you agree to this.
Home Latest Velux And Ketchum Win Best In Show At 2021 EMEA SABRE Awards 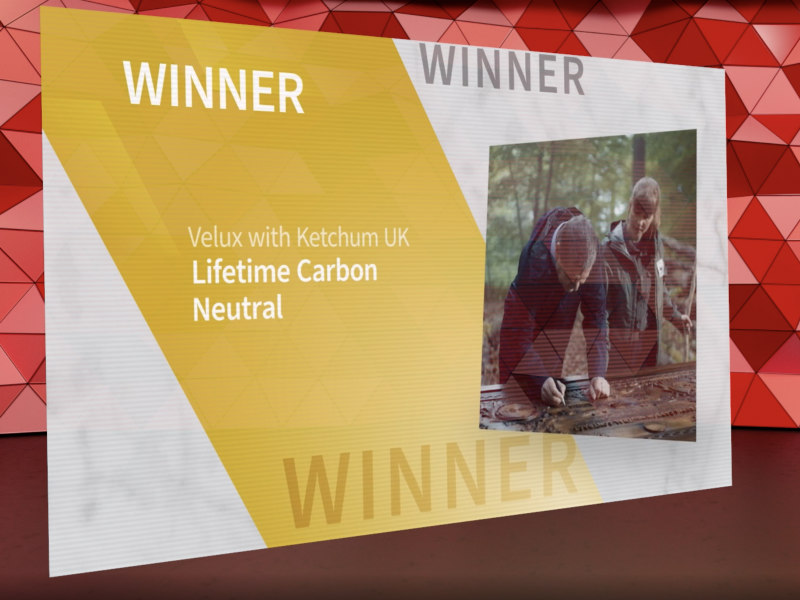 “Lifetime Carbon Neutral,” an environmental commitment by Danish roof window and skylight manufacturer Velux, supported by Ketchum UK, was awarded the Platinum SABRE for the best public relations campaign in the region at this week’s 2021 EMEA SABRE Awards ceremony, held virtually for the second consecutive year.

Velux made a historical environmental commitment: not only cut the carbon emissions of its supply chain dramatically by the company’s 100th anniversary in 2041, but it would also go back to its founding in 1941 and remediate its entire history of carbon emissions—5.6 million tons.

The campaign beat out four other finalists for the Platinum award:
#2: The last older person to die in loneliness — BBK Foundation with LLYC
#3: The Climate Store — Felix with Prime Weber Shandwick
#4: The Polite Type — TietoEVRY with TBWA\Helsinki
#5:  #whatsyourname — Starbucks with Iris and Edelman UK & Ireland

“It was a difficult year for business, and for public relations, but the quality of the winning campaigns we celebrated this year was as strong as ever,” said Paul Holmes, who chaired the SABRE jury. “That companies like Velux—and many of our other winners—maintained their commitment to purpose, to corporate social responsibility, and to stakeholder relationships in general during such an unprecedented years tells us that public relations has become a mission critical discipline for many clients.”