Please refer to our Privacy Policy for important information on the use of cookies. By continuing to use this website, you agree to this.
Home Latest Verint Asia-Pacific CMO: "People Are Forgetting Core Tenets Of What Marketing Is" 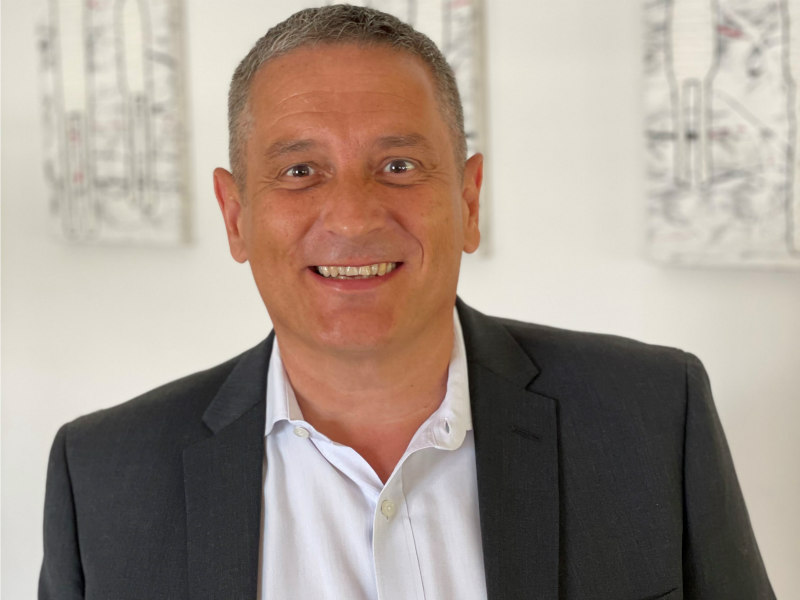 Verint Asia-Pacific CMO: "People Are Forgetting Core Tenets Of What Marketing Is"

Martyn Riddle is chief marketing and communications officer for Asia-Pacific and Japan at Verint, a major technology vendor that focuses on customer engagement, security and business intelligence. A 25-year veteran of B2B marketing, Riddle previously held senior roles at SolarWinds, OpenText and Salmat. In a conversation with PRovoke Media, he outlines the shortcomings with the current state of B2B marketing, and calls on technology companies to be more imaginative, rather than relying on martech solutions. Riddle also shares his views on the state of PR agencies, and why credible journalism still matters.

"Every tech vendor lives and dies by commercial results," said Riddle. "And guess what, those results depend on you selling stuff. You are selling stuff to solve business problems." An edited transcript of the full interview follows below.

You've said that there is a ubiquity in technology messaging, and new opportunities emerging to stand out from the vendor crowd. Why?

It’s very easy to fall back to clichés. As technology has evolved, the clichés have evolved, but they have also followed and plagued the industry all the way through. Every tech vendor says they are a cloud vendor. That’s like saying my car has got wheels. If you’re not a cloud vendor, you probably won’t get very far in technology these days. Another one is ‘we use AI’. Really? Can you show me what the AI is doing?

Sometimes tech marketers perhaps get caught up in their own feature/benefit analysis. I’m sure the engineering department is very happy but what's that actually doing for the customer? How will it make the customer more efficient, more profitable and less cross? They want to increase revenues, reduce cost and do it efficiently. We’ve seen lots of talk about the great resignation, so organizations are talking about how they can improve staff experience. Obviously an area that’s very key to us is customer experience. So it’s trying to avoid some of those cliché phrases, and making sure you can highlight what your solution can do and accomplish those objectives.

Why is this happening? Is there an issue with how empowered the marketing and comms departments at these types of companies are?

Because it’s easy. It rolls off the tongue and it’s very simple. The other challenge is that more and more corporate legal departments get a little nervous, a little jumpy about any use of emotive terms in corporate communications. The glossary you can use becomes a little constrained. But if you are imaginative, then it probably gives an opportunity to conjure up new ways of describing what you are doing. A legal department is probably never going to be happy with a customer saying our software can xyz by abc. But there should be a way of using creative text to build emotion. Marketing is about creating those emotive links. You’ve got to get everybody on board.

In terms of the challenges facing technology marcomms across the region over the past few years, do you see any changes because of Covid?

It’s been challenging. The traditional tactics had to go out the window. Seminars, conferences, those kind of activities where you would build those relationships and strengthen those emotional ties and bonds. You had to build those virtually. You had webinars hosted by celebrities and those segued into online parties and wine tastings. We had to be imaginative and try to push the boundaries. We actually planned some offline events in Australia, but the next wave came through and they had to be abandoned. We had to pivot and be very agile, to use other clichés.

We’ve seen the intersection of traditional marketing and account based marketing (ABM). ABM was becoming very popular, usually based on some martech thing. There’s no single right plan — what it has forced us to do is make sure those plans are in place. Let’s not just continue shotgun marketing but let’s focus on the accounts that will generate the most revenue and be most profitable for us.

More broadly, what challenges are posed by the consumerisation of tech and the relentless volume of content?

My worry is there is an over-reliance on marketing technology. There’s almost a theory that if you build a good programme in Eloqua or Marketo, as long as you program that tech correctly and you have the content then you can just continue doing that. In relying on that technology, people are forgetting some of the core tenets of what marketing is. Who is your customer, and how are you going to help them? How much work is really going into understanding what the person is doing? It has to be about relationships, credibility and the one on one engagements. You can’t do that through technology alone.

It’s ironic that a B2B tech company is arguing for more emotion and more humanity, rather than more of a focus on technology and data.

Not necessarily less focus. But make sure that’s not the key number one driver. Yes, use loads of technology. We have a very expansive marketing technology stack. That has to come from the human involvement to start with. What are we trying to achieve? Who are our buyers? We’re helping organizations drive their own customer journey, but we’ve seen too often this reliance on technology. You make a call to the call centre having chatted to the chatbot, and there’s no connection between those channels. As a human, you get frustrated. You have to have that human contact.

How do you see role of PR changing in terms of accomplishing your B2B marketing objectives?

It’s changed almost beyond recognition in the last five to 10 years. That’s resulted, almost, in the demise of PR as a viable industry. It’s still there as a going concern, but the reduction in media publications has resulted in less demand for content. Most publications are more and more commercially driven. It’s all well and good producing bylined content and having thought leadership articles, but is that what publications are looking for? Platforms such as LinkedIn are playing more and more of an important voice. It’s now a content platform. We do a lot of our thought leadership stuff on LinkedIn. What role is there for a traditional PR agency? I think it’s very challenging.

Are they really a PR agency anymore? Or are they a content agency? I still believe there is a strong place for that one on one connection between a vendor and publication. Yes, the amount of bonafide journalists covering the space has obviously reduced significantly. But there are still a number of key journalists and publications out there. I would still see the role of a PR company who knows those publications and will not try to influence them inappropriately or at the wrong time.

I’m trying to onboard a new agency in India. They are saying we can guarantee a couple of puff pieces on your India MD in a couple of magazines. Is that really going to help me? I don’t care anymore. I don’t want to see those puff pieces. I want to see some hard hitting commentary about how we are really doing.

You've also said that "the world of marcomms has been taken over by rickety commentary." Please expand?

Just the lack of originality. The continued use of clichéd phrases. I don’t want to be out there with the rest of the two bit vendors scratching on the floor for those media crumbs. What’s the point of seeing your name in lights if it’s not going to produce business value down the line? I want to see imagination from vendors, from PR agencies and from publishers. We are swamped and inundated by content. Let’s get back to well written stories. There is a reason why longform journalism is having a bit of a resurgence at the moment. Let’s use your imaginations in a creative form, not just in a visual form, but in a written form.