Please refer to our Privacy Policy for important information on the use of cookies. By continuing to use this website, you agree to this.
Home Latest Video Art Company Infinite Objects Hands PR Business To Diffusion 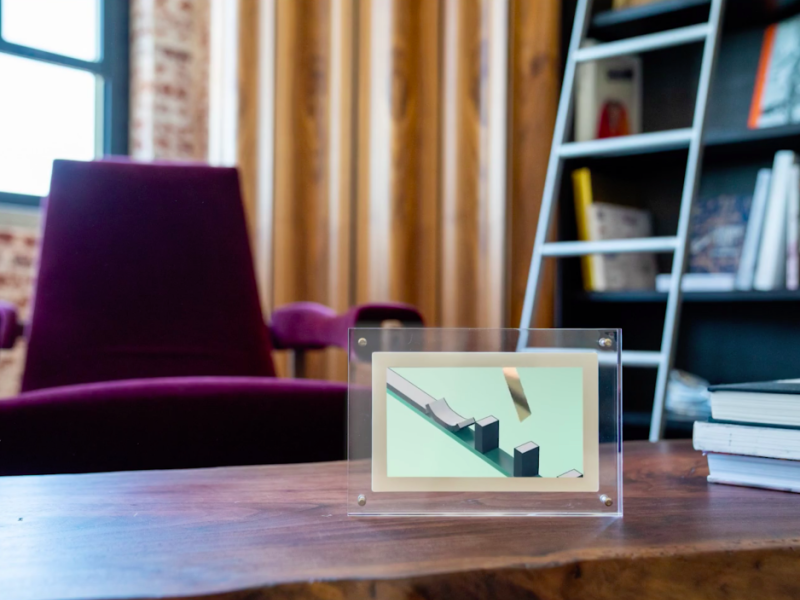 Infinite Objects, which makes art out of customers' videos, named Diffusion its agency of record.

NEW YORK — Infinite Objects, which spun out of Facebook’s Giphy, has named Diffusion its agency of record following a competitive pitch.

Diffusion will lead consumer and influencer relations support for Infinite Objects, specifically working to elevate its flagship product, the Video Print, with an initial focus on the upcoming holidays. Infinite Objects makes art out of customers' videos by displaying them in frames, much like still art would be.

Diffusion’s efforts will focus on media and influencer relations, although the firm also will promote corporate news including collaborations between the brand and digital artists. Daly PR supported Infinite Object’s 2019 launch. However, there was no incumbent agency handling communications work before Diffusion’s selection.

Founded in 2019, Infinite Objects originated from an R&D project spun out from the Facebook-owned GIF database Giphy with the Video Print, its inaugural product.

Said chief operating officer Roxy Fata: “The beauty of Infinite Objects is not only in its innovation or artfulness, but in its simplicity. We’re giving people the chance to display either incredible video art or a cherished memory. Diffusion immediately understood the potential of our product, demonstrated their incredible depth of expertise, and their proposal felt genuinely inspired by our product. After seeing Diffusion hit the ground running, with earned media results within our first weeks of working together, it was clear we made the right decision.”