Please refer to our Privacy Policy for important information on the use of cookies. By continuing to use this website, you agree to this.
Home Latest W Communications Wins US Brief For British Airways 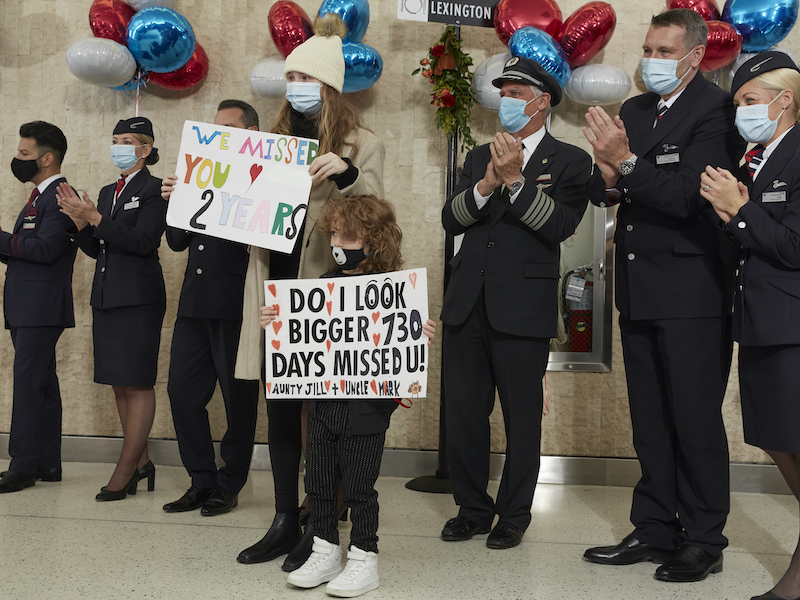 The agency has been appointed by the airline for its US re-start, after a competitive pitch.

LONDON — W Communications has won a consumer project brief from British Airways to re-start the airline in the US, after a competitive pitch.

W’s US office will work with British Airways to support its efforts to bring passengers back on board its Anglo-American services. The team has already delivered a consumer campaign to reinvigorate transatlantic flights as Britons are allowed to return to the US.

The agency collaborated with royal photographer Chris Floyd to document the moment that 604 days of restrictions ended (pictured), resurrecting the “BA001” flight number previously used for Concorde and offering seats to friends and families separated during the pandemic.

British Airways head of global PR and social media Victoria Madden said: “This is the second brief we have awarded to W, who have shown incredible creativity and commitment to delivering results. Our work previously with W focused on the UK market, but we are delighted to now be working with them in the US to mark one of the most important moments for British Airways in the past two years.”

W launched its ‘Little London’ US hub in New York in January this year. Gemma McAloon, senior vice president of W US said: “Despite the challenges faced when setting up in the U.S. during the pandemic, our ambition remains to support British brands in the market using our award-winning creativity, market knowledge and British sensibilities. When we first explored the move stateside, British Airways was the client we aspired to work with and we’re thrilled to be selected as its partner as it navigates the crucial months ahead for the industry.”

Warren Johnson, founder and chairman of W Communications, added:“The world is opening up again and with it, opportunities to broaden our horizons and bring our award-winning work to all four corners of the globe. We’ve been in the US only six months and are growing fast. We’ve worked with British Airways before and cannot wait to get started with this exciting global brief. We’re honoured to have the UK’s flag carrier back on our roster as global travel returns to its place in our lives.”