Please refer to our Privacy Policy for important information on the use of cookies. By continuing to use this website, you agree to this.
Home Latest Walgreens Boots Alliance CCO Aaron Radelet On Promoting Wellbeing During A Crisis 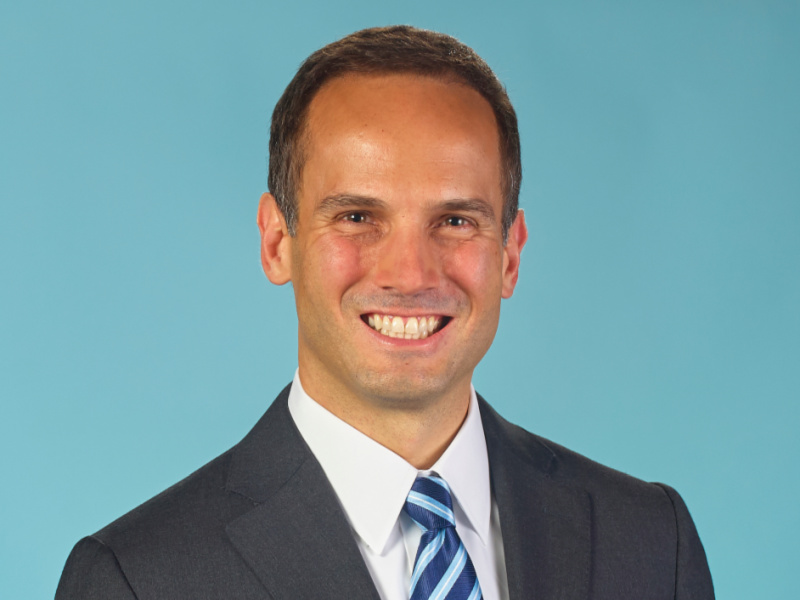 Around six months after joining Walgreens Boots Alliance as its first CCO, Aaron Radelet was overseeing global communications for the pharmacy, health & wellness company and its brands — including Walgreens and Duane Reade in the US and Boots in Europe and Asia — in the throes of the Covid-19 pandemic. Doing so required working with brand comms teams around the world that, only months before, operated largely independently of each other to deliver messages that were at once educational and reassuring. Just months later, Walgreens was at the center of the civil rights protests following George Floyd’s death, with some of its stores suffering damage while needing to allay customers and employee concerns around safety and access to medications.

Radelet, who joined WBA after eight years as head of Hilton’s global comms, is also reviewing his PR agency partnerships as part of a global marketing pitch on which he would not comment. However, he covered a range of other topics in an interview with PRovoke Media including what it took to craft and execute communications amid such upheaval — all while being new to the job. An edited transcript:

What was the impetus for WBA creating a global comms function after living without one for several years?

The company came together largely by merger and acquisition so communications was more segmented by those different companies that existed before Alliance Boots joined Walgreens. It was also more regionally based. But the reality is they weren’t talking to each other often and the company decided they needed to join together (communications teams) to have one common strategy across the globe. So one of the first things I did was form a senior global leadership team.

Within a month we were meeting in London, the top comms leaders. We talked about how do we unite and, for the first time, there was a lot of discussion. There is a lot of value that came out of brainstorming and thinking together.  We want to make sure that each one of our individual brands has its own identity. But you have to have the sum of the parts to deliver the full message and for people to see the value of all of it. So we have been telling that story much more than ever.

Was there any resistance to the new person coming in to switch things up?

I have been very fortunate.  I genuinely enjoy working alongside the team, the people who were here already, and everyone was ready for it. I think for a while everyone was saying let’s do more (collaboration), and when we finally got round the table I think it was very positive. Not only do people not know the size and scale and breadth of the company they also don’t understand what we bring to the world, which gets to our purpose of promoting the wellbeing of people around the world. And that’s wellbeing in a lot of different senses of the word. Some of the benefits we deliver are literally lifesaving. And we have beauty brands and people feel better when they look better. And that goes back to the corporate brand and who is WBA?

The world is very different now than when you took the job, most notably due to the Covid pandemic. What did you go in thinking the job would be and what has it been instead?

What I would like to say is I am enormously proud of the team and, in general, all of us in communications are probably well adapted to adjusting and pivoting quickly. That’s the nature of our business. Our jobs can change within the day and sometimes within the minute. And that certainly came across in how I saw the teams respond to the challenges. Formally, our first global comms plan went into effect in January and, very quickly, was put to the test soon after. Even though, certainly, some of the tactics under the plan changed with Covid, what we were trying to get done didn’t change and, in some cases, was accelerated. We wanted to make sure we were telling our stories more directly. So at a time when we ramped down our marketing budgets we also increased our communications and PR budgets because we did think stories about our employees and serving the community and our customers were important to get out there.

We are telling these amazing stories of how pharmacists at the end of their shifts are dropping off prescriptions to people who wouldn’t be able to pick them up, or people getting prescriptions at curbside. A heartwarming story is how team members are taking care of each other at stores and taking care of customers. That resonates. We also went out and roamed the company for team members who were able to provide testing, and telling people that the supply chain remained intact and that we still deliver medicine amid all the challenges. We told these amazing stories of team members taking care of each other. For example, some of them were graduates and couldn’t have their own ceremonies so the stores hosted their own mini graduations and celebrations in the store.

We’re also in one of those businesses that you almost take for granted. You don’t think about all the steps on the back end that made sure that medicine was ready for you. We talked about that. On the external side our most immediate role was to make sure that customers knew that the stores were open and make sure that we were communicating how the different services we provide could help them. And then there was the larger idea of just telling genuinely heartwarming stories.

Where does the communications function sit among other marcom divisions, like marketing?

We are all invested in the reputation of the company. We have to make sure that all the different functions across the company — comms, marketing, investor relations, CSR, human resources and government relations — are on the same page, and also that the company understands we all are responsible for shaping our reputation. It’s not about sending emails to the stores. It’s about the store’s manager knowing who we are, what that represents and instilling that so they take action. They are responsible for shaping the management story.

How has the company responded to the recent civil rights protests, during which some Walgreens stores were damaged, and the overall push for racial equality?

Walgreens alone has 9,500 stores in US. We are ingrained in the community. People refer to their stores as “my Walgreens.” And so when it comes to the question of the racial equality movement, we wanted to make sure that we were very much part of the community being affected and we had to work hand-in-hand. There are stories of neighbors literally coming into the stores and helping clean things up and sweep sidewalks in front of us. And as the neighborhood pharmacy we needed to make sure we were operating. In some neighborhoods, we brought in temporary mobile stations to make sure things were open.

From a much broader standpoint, it’s opened up so much opportunity to continue to talk about the importance of diversity and inclusion among all of us team members, and that we are reflective of the community we serve and continue to build on progress we’ve made in terms of hiring, promotions. I am very fortunate to work for a company that believes so strongly in CSR, giving back to the community. There is a lot of energy that comes from that. We all make ourselves better, and we all raise each other’s games.