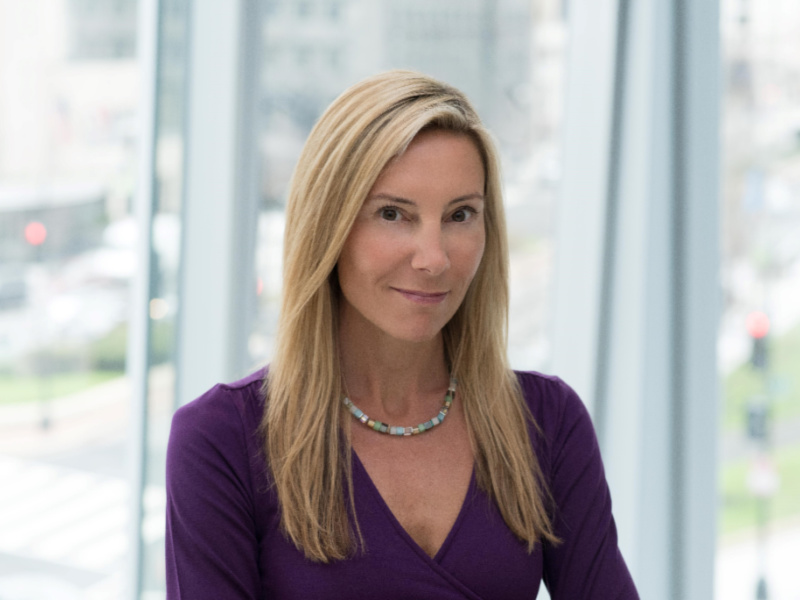 LOUDOUN COUNTY, VA — Julie Andreeff has been named The Washington Football Team’s first communications leader, joining the NFL franchise as it goes through an extensive period of change, including dropping its former name, The Redskins.

As senior VP of external engagement and communications, Andreeff is charged with building and overseeing external and internal communications and public affairs, as well as the team’s foundation and alumni program. She also will work with media and content head Julie Donaldson to further the Women’s Initiative Network, a group dedicated to women’s leadership and advocacy within the organization, launched in July.

Most recently, Andreeff was at Citadel, where she spent three years as chief corporate affairs and communications officer. Before that she spent seven years as a Brunswick Group partner.

Andreeff joins the franchise’s senior leadership team, and is the first senior VP hired by Jason Wright since he took the helm of the organization in August and became the first African-American president of an NFL team.

“Julie has devoted her career to advising leaders, government officials, businesses, and nonprofits around the world through periods of change and has experience creating effective integrated communications functions from the ground up,” Wright said.

“She is a mission-driven person of uncompromising values — exactly the type of leader our organization needs to radically transform in the ways we aspire to. She will be invaluable as we take on the very real work of renewing — and, in some cases — repairing our relationships with the media and community leaders connected to our team.”

Andreeff’s hire comes three months after the team finally decided to retire its Redskins name and logo after decades Native American leaders protesting that the name was a racial slur. The team is using The Washington Football team as its moniker until a new name is chosen.

The team has also weathered other recent crises – among them allegations of sexual harassment and verbal abuse from 15 women who worked for the organization in July – warranting what Wright told the New York Times is a period of “wholescale transformation on multiple fronts.”