Please refer to our Privacy Policy for important information on the use of cookies. By continuing to use this website, you agree to this.
Home Latest WE Communications Gamifies Cannes To Ask: Who Wants To Be A Human? 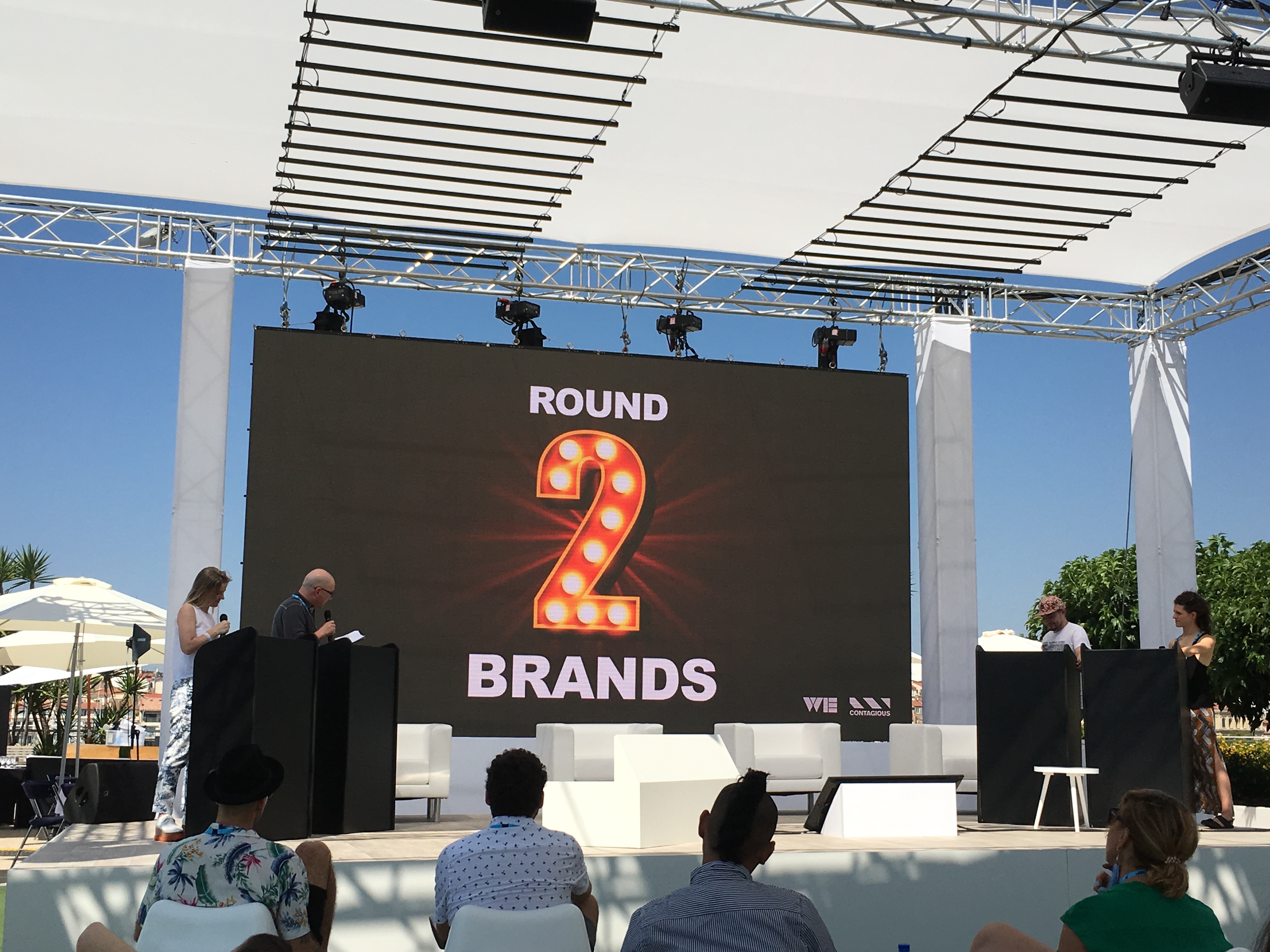 WE Communications Gamifies Cannes To Ask: Who Wants To Be A Human?

First game show at Cannes Lions looks at the shifting balance of power between humanity, algorithms and brands.

CANNES — WE Communications and Contagious set out to surprise and delight the jaded Cannes Lions crowds this week by running the Festival of Creativity’s first ever game show.

The open-air presentation, Who Wants To Be A Human? followed a classic question-and-answer game show format, with hosts Alan VanderMolen, international president at WE Communications, and Katrina Dodd, head of trends at Contagious, quizzing two volunteers from the audience.

The playful session structure hid a serious message, however, as the three rounds covered big questions around the intersection between technology and humanity, and the shifting balance of power between algorithms, humans and brands.

To look at how blurred the lines have become in the cultural sphere, for instance, contestants were asked to spot the difference between real Kayne West lyrics and genuine artwork, and lyrics and paintings generated by a bot developed by Stanford student Robbie Barrat. Neither contestant got the answers right.

In an extra twist, voice bot Alexa joined in as a third contestant at the end of the show, but she did little better than her human competitors.

Summing up the event, VanderMolen said: “On the scale between technology and humanity, technology is winning, and racing ahead of brands and humanity. Brands now have an imperative to start to put human values into making decisions around use of technology.”

And Dodd quoted the words of Jeff Goldblum in Jurassic Park: “Your scientists were so preoccupied with whether or not they could, that they didn't stop to think if they should.”