Please refer to our Privacy Policy for important information on the use of cookies. By continuing to use this website, you agree to this.
Home Latest Weber Shandwick Convenes Charity Coalition For #AllMenCan Campaign 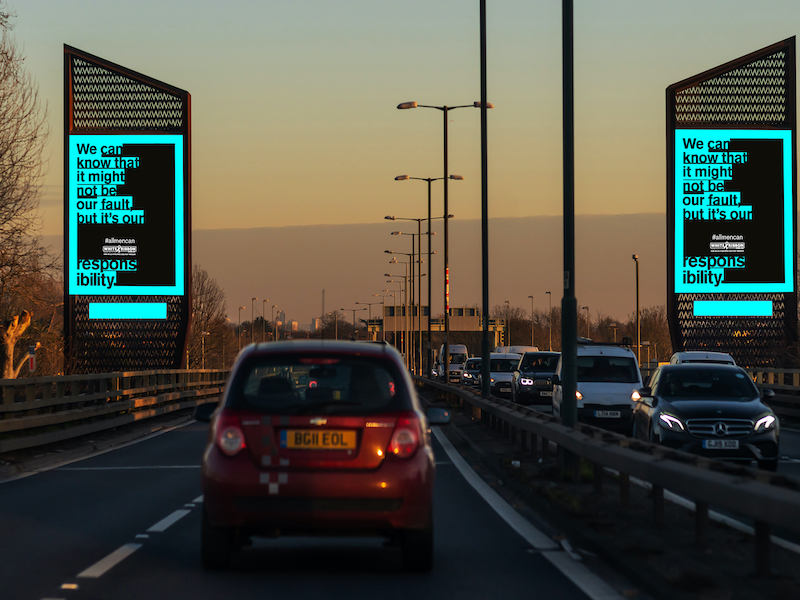 The London team is calling on agencies and brands to join the campaign and take the conversation around gender-based violence forward.

LONDON — In the wake of Sarah Everard’s murder, Weber Shandwick’s London team has brought together a coalition of charities on a pro bono basis to create and launch the #AllMenCan campaign, to move the conversation around gender-based violence towards action.

In just a week, a team including creatives at the agency has developed the campaign platform and supporting creative assets, mobilised a coalition of charities and is leading on campaign execution. The aim of the campaign is to encourage all men to visit allmencan.org to learn how to be a better ally.

The agency has also secured more than 6,000 out-of-home sites across the UK, donated by Clear Channel and JCDecaux: #allmencan already stands as the largest campaign in the UK to explicitly call for men to play a more active role in ending violence against women.

The campaign is backed by anti-violence charities and organisations including White Ribbon UK, Our Streets Now, WeProtect, help me Angela, Beyond Equality and Good Night Out.

Weber Shandwick London managing director Helen Bennett said: “I wish desperately this campaign wasn’t necessary. But I am also deeply grateful to work within a team that has reminded me with such zeal that there is always something we can do, however small, to advocate for change. And because while we know firmly that violence against women is not the fault of all men, we believe strongly that it is now the responsibility of all men to become better allies for women.”

Bennett told PRovoke Media: “This is the first time it has been explicitly recognised that men don’t really comprehend something that is so universal to the female experience. We were having lots of conversations internally about what we could do to sustain the conversation and make a tangible call to action that wasn’t polarising, but would underline that it’s not just a women’s issue and we need men to step up and own it."

And she called on other PR agencies to join the coalition: “It’s all happened really quickly and we’ve had amazing support – from the charities, with the OOH and we’ve already had interest in the platform from corporates and other agencies. This has come out of our small creative team but it’s not just a Weber initiative and we really welcome other agencies getting involved.”