Please refer to our Privacy Policy for important information on the use of cookies. By continuing to use this website, you agree to this.
Home Latest What Agency Leaders Can Learn From Andy Polansky's Legacy 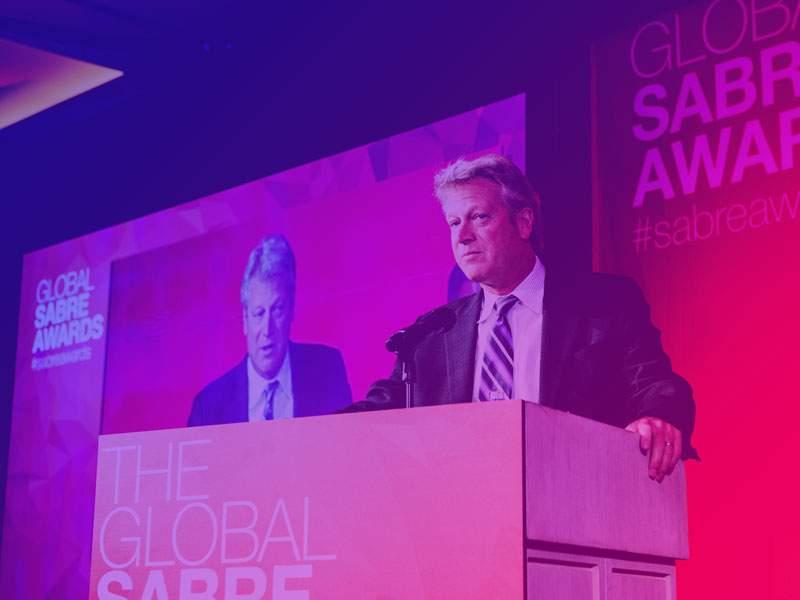 What Agency Leaders Can Learn From Andy Polansky's Legacy

Holding groups are not best known for their humanity, but Andy Polansky's leadership style foreshadowed the trend towards today's 'empathetic CEO'.

At a certain point, long-term business leaders can appear consumed by the notion of legacy. They have, we are told, accomplished so much. But what will they leave behind? In the PR agency world, only the influence of a select few endures, with lasting recognition typically reserved for founders like Harold Burson, Dan Edelman and Al Golin.

For those whose names are not on the shingle, the process of securing a legacy can divide CEOs into two camps. Some turn it into something of a mission, prioritising an individual pursuit at the expense of their teams and the wider business. And then there are leaders who focus more productively on the issues at hand, content that their reputations will take care of themselves in the long term.

These are broad brushstrokes, of course, particularly in an era when legacy-building is supercharged by the personal brand profile afforded through social media platforms. But it is surely not too sweeping a statement to say that Andy Polansky belongs in the latter group, based on his remarkably successful tenure as Weber Shandwick president and CEO during the latter half of his 38-year stretch with the world's second-biggest PR firm.

Polansky, who joined Weber Shandwick predecessor firm Bozell in 1983, announced last week that he will be retiring from his role as CEO and chairman of Weber Shandwick parent Interpublic Group's (IPG) Dxtra unit in June of this year. He took on the IPG position in mid-2019, tasked with overseeing a disparate collection of firms that included Golin, Octagon, FutureBrand and Jack Morton, in addition to Weber Shandwick.

For someone who identified so completely with Weber Shandwick, it is perhaps less than surprising that the group role — often presented as a stepping stone to bigger (or at least broader) things — may have proven less appealing for Polansky. In our 2016 profile of the former Weber Shandwick CEO, Polansky claimed that "culture is our killer app." And, in conjunction with a global leadership team that included current CEO Gail Heimann, Polansky came to embody that culture — calm and collegial, yes, but decisive enough to ensure that the firm elevated to another level after he succeeded Harris Diamond in 2012.

Not coincidentally, like any killer app benefit, these attributes served as a useful counterpoint to the sharper-elbowed stylings of Weber Shandwick's key rival, Edelman. Ultimately, Polansky's leadership approach turned Weber Shandwick into PRovoke Media's Agency of the Decade in 2020, taking that mantle from Edelman while narrowing the latter firm's lead at the top of the Rankings table.

That was just one of many honours that Weber Shandwick landed during the decade, including multiple Agency of the Year awards at global, regional and local levels, underpinned by stellar revenue growth and consistent creative excellence.  All of which, it should not be forgotten, was accomplished after the firm emerged from the potentially ill-fated mergers of BSMG, Shandwick and Weber Group in 2001.

Polansky, as much as anyone, was pivotal to the unlikely success of this combination. And that, more than the statistics and trophies, is likely to provide a more enduring measure of his legacy in terms of the PR industry at large. Weber Shandwick, you could argue, succeeded in spite of its complicated origin story. That it did so was far from ordained, requiring an exceptional transformation of three very different firms into something that was considerably bigger than the sum of their parts.

"If you’re trying to build a diversified truly global firm, you’re going to have people with different cultural backgrounds and perspectives," recollected Polansky years later. "It just gave me an appreciation for walk-around management style, ear to the ground, talking to people at all levels."

That style, memorably summed up by one client as "the most active listener", marked Polansky out as a different kind of beast in the corridors of power. Rather than "telegraphing and projecting", as Heimann put it in the same article, Polansky often appeared happier deferring the limelight to his colleagues. He remained accessible and affable, qualities that help to explain his continued popularity both inside and (rather more uncommonly) outside his agency.

In doing so, Polansky foreshadowed the trend towards today's 'empathetic CEO', ushering in, as Heimann herself predicted, a new definition of what global agency leadership could look like. "When you start changing your style because somebody puts a different title on your business card, you can go off the rails,” noted Polansky. "I am who I am."

Like any good general, Polansky had his measure of good fortune too, not least via the demographic into which he was born. He became CEO a decade after the BSMG merger and relinquished the role 18 months before Covid hit. In hindsight, it can appear like a different era, but Polansky capitalised on the opportunities available to PR firms like few CEOs before him.

And while he was as competitive as they came, he did it all with a refreshingly human touch. "It's more than that he's liked," observed Diamond. "We’re in the business where success and growth wins." Working at a holding group from 2001 onwards, Polansky never appeared likely to lose sight of that. Perhaps the greatest testament to his leadership style was that he was able to outpace the voracious targets of publicly-held corporations while never appearing to sacrifice the culture and humanity of his people.

That may seem like an obvious formula for success, but in holding group corridors where profits are more prized than people, it often isn't. In today's Covid-ravaged climate, where workplace culture is a crucial part of our social fabric, it could even be classed as revolutionary. A quiet revolution, perhaps, but no less important for that. After all, Polansky was never going to shout to get his way.