Please refer to our Privacy Policy for important information on the use of cookies. By continuing to use this website, you agree to this.
Home Latest Why The NRA Doesn't Need WPP To Drive Its Ferociously Powerful PR Machine 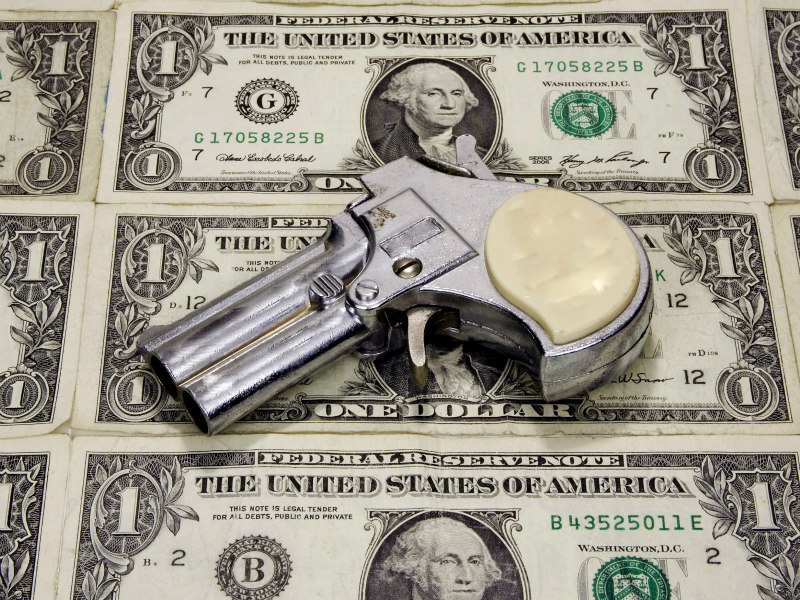 The NRA's enormous clout in Washington and beyond continues to dwarf rival efforts from gun control proponents, despite minimal lobbying.

Nearly three weeks after the Las Vegas massacre — the deadliest mass shooting in US history — the spate of calls for changes in gun laws has quieted down, leaving the NRA steadfast in its position as one of the country’s most politically powerful special interest groups, right up there with organizations like the AARP.

Like others in its echelon, the NRA wields influence, to some degree, because it pays for it via lobbying and political contributions. The week following the shooting, which left 58 dead and 546 injured, The Guardian delved into the group’s advertising, and its complex relationship with WPP agencies, which have backed the NRA through lobbying campaigns while also claiming to be anti-gun violence.

Yet the NRA stands apart from the rest, as its enormous clout in Washington doesn’t come down to dollars spent or, say, some superlative PR strategy that trumps the human toll of gun violence and the calls for for stricter gun control that ensue.

According to Levick chairman and CEO Richard Levick, the NRA’s advocacy spending "pales in comparison" to others organizations. Take, for instance, political donations. Since 1998, the NRA has donated $3.5m to sitting members of congress.  The legal profession, on the other hand, donated $200m in 2016 alone, he said.

When it comes to lobbying, the NRA spent $3.6m in 2016. The National Association of Realtors, one 2016’s top spenders, spent $37.8m, according to Open Secrets, a campaign finance and lobbying watchdog group.

Rather, according to PR and public affairs experts, the NRA maintains its stronghold because of the ravenous support of its members – roughly 5 million gun-rights advocates who are bound by passion and conviction like few others.

"They view themselves as defending a way of life," Levick said. "They create a sense of community. They give people a place to go. They give them something to do — you’re buying guns, or you’re at the gun shop shooting," he added, noting that there are more gun clubs and stores in the US  than McDonalds.

"It’s the church of the holy firearm."

In turn, gun-rights advocates tend, more than others, to vote based solely on candidates’ stances on guns — and therein lies their power, observers said.  In short, politicians playing in NRA-heavy arenas can’t repel them and expect to keep their jobs.

"If there has ever been a one-issue that (mobilizes voters), this is the issue," said Chris Allieri, founder and principal of the agency Mulberry & Astor. "In a close race, a candidate having even a whiff of being pro-gun can break the election."

Another boost to the NRA’s power is that it’s centralized — ie there are no other big gun manufacturers or dealers lobbying groups, he said. "It’s amazing to see an entire industry to be represented by the lobbying of one organization, the NRA," he said.

Yet, while the NRA may not be wielding its power through traditional lobbying and communications, it does have a shrewd ability to appeal to the range of vested parties – namely, gun advocates, the gun industry and politicians.

"The NRA has a remarkable program that needs grassroots and grass tops coordination, and they have that," said kglobal senior strategy and communications executive Scott Sobel.

That includes taking a gut-level approach to courting members and sparking emotions. "The NRA and the issues around the NRA are very basic psychological issues – dealing with safety, and feeling secure," Sobel said.

Ben Wyskida, CEO of the public interest firm Fenton, went further, saying he sees the NRA rousing passion by tapping into people’s fears. "They communicate crisis all the time, and their membership is susceptible to that," said Wyskida. "They convince people there’s runaway crime, which there’s not … that they government is coming for their guns, which is not … and they are unwavering in that."

"As as communicator, I marvel at their ability to never give an inch and be unwavering and focused on their goal which is difficult to do," he said.

All of which, industry observers said, has given rise to the NRA wielding a disproportionate level of power that doesn’t really reflect public opinion on the issue; numerous polls show the majority of Americans actually favor stricter gun laws.

Part of the issue, however, also rests with advocates of stiffer gun laws, who are typically multi-issue voters, and are less likely to be driven by the same ferocity as their adversaries, according to experts in the field.

That’s illustrated, they said, by the fact that, just weeks after the country’s deadliest mass shooting, little, if anything, has happened. "There is an enthusiasm gap," Wyskida said.

In turn, Allieri said, it’s time for advocates of gun law change to elevate their own communications efforts.