Please refer to our Privacy Policy for important information on the use of cookies. By continuing to use this website, you agree to this.
Home Latest Why Brands & Their Agencies Should 'Expect The Unexpected' 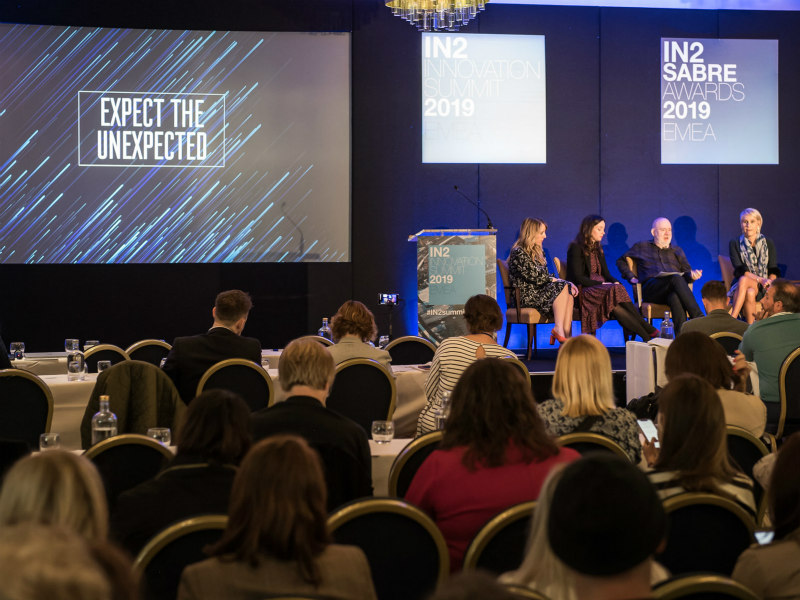 Why Brands & Their Agencies Should 'Expect The Unexpected'

There are five key tensions that point to increased complexity and risk for brands and businesses.

We live in an increasingly volatile world. Despite more data than ever at our fingertips, predictions, polls and projections have proved increasingly fallible in recent years.

An increasingly connected world means trends and technologies can rise and fall at a rate previously unimagined. 100 million Alexa-enabled devices have been sold since late 2014; by contrast it took 15 years to acquire 100 million mobile phone users. Stock prices soar and fall in response to the twittersphere, political plots are discussed over WhatsApp.

We believe those equal and opposite forces will play out over the coming months and years as five key tensions within the worlds of politics, culture and technology. Tensions around the role of privacy versus personalisation, authenticity versus ever more credible fakes, instant gratification versus self-care. We have defined those tensions as:

The Experts versus the Algorithm

One of the greatest debates that will run across sectors from healthcare to journalism is the role of experts versus algorithms.

Experiments by Google Medical Brain and others have demonstrated the power of the algorithm in predicting patient outcomes, but the ethical implications of using AI to determine treatment plans are significant.

Beyond healthcare, each and every business using artificial intelligence to make decisions about hiring, serving or prioritising individuals will need to be alert to the reputational challenges of AI bias. Far from offering an unbiased viewpoint, artificial intelligence rapidly learns and adapts to our own unconscious human biases. In response, tools such as IBM’s AI Fairness 360 can rapidly uncover those prejudices.

Algorithmic newsfeeds can be optimised for likes, clicks and reach but can also reinforce filter bubbles and reward “clickbait” over nuance. While we are all familiar with the debates around ad tech and brand safety, recent developments such as the launch of “slow news” proposition Tortoise and the success of The Guardian’s membership model reinforce the value of trusted editorial context and control.

Google debuted its Duplex technology in May 2018 by demonstrating a phone call between an AI and a human. The AI, booking a haircut, sounded eerily human. Deep fake technology is being used to literally put words in people’s mouths - as seen in the much debated BuzzFeed “Obama” video. More worryingly still, neural networks are being used to generate entirely fake profile pictures. It is as Kevin Kelly puts it, “The end of photography as evidence”. An alarming thought for anyone in the reputation business and perhaps the reason the digital forensics market is predicted to reach $5.6 billion by 2022.

Yet perhaps in response to such convincing fakes, we see a craving for authenticity and for physical experiences. Outdoor advertising is in growth, while online businesses from Amazon to Warby Parker are investing in physical stores. That which cannot be copied, uploaded or faked is becoming increasingly valuable as authenticity becomes the new aspirational.

In line with the desire for authenticity, we also see a longing for a more ethical and sustainable way of living. Yet just as we are becoming ever more aware of the social and environmental impact of our purchases, on the other we are surrounded with ever more effortless and frictionless opportunities to transact.

Major corporations are striving to attain B Corp status, a certification acknowledging those companies that have a positive societal impact, while sustainable investment is accelerating rapidly.

In parallel, however, brands are seeking to make it ever easier to transact without engaging our conscious brains very hard at all. The rise of social commerce, image recognition and predictive commerce all strive to ensure instant gratification is one or no clicks away.

Professor Scott Galloway, author of “The Four: The Hidden DNA of Amazon, Apple, Facebook and Google” once said “Advertising is becoming a tax only poor people pay”. In the future we may well find that data is a tax on those who cannot afford the luxury of privacy.

After a steady stream of privacy scandals in 2018 and the introduction of GDPR across Europe, consumers are increasingly aware of the everyday privacy trade-offs they make in exchange for more personalised, frictionless services.

In parallel, however, personalisation is becoming increasingly sophisticated and increasingly valuable. A combination of AI, machine learning and robotics means that truly personalised products and services (the fabled “segment of one” approach) are now commercially viable.

Web giants and advertisers alike will hope that the relevance and convenience offered by personalised targeting, messaging and even personalised products such as Function of Beauty over-ride concerns about how data is being used and stored.

Twenty-eighteen was the year the digital detox gained ground, and perhaps ironically, the year mindfulness apps and the Calm technology movement came to prominence. Both Apple and Google urged users to adopt healthier digital behaviours, highlighting excessive screen time. The Yondr platform promises to create phone-free zones and is already popular with bands, comedians and schools. Users are urged to lock their phones and “be here now”.

Yet while we are being urged to slow down and switch off, in parallel we are increasingly aware of the importance of personal branding and personal reputation. As a new workforce embrace portfolio careers or wrestle with the gig economy, reputation is key. The products and prices offered to us are shaped by our digital footprint.

So what does this all mean for brands and businesses?

As Facebook once famously put it, “It’s complicated”. If volatility is our new normal and predictions are increasingly rash we must be prepared for new and different challenges at every turn. Those who embrace data to better understand the full complexity of how these conversations are unfolding will undoubtedly command an advantage.