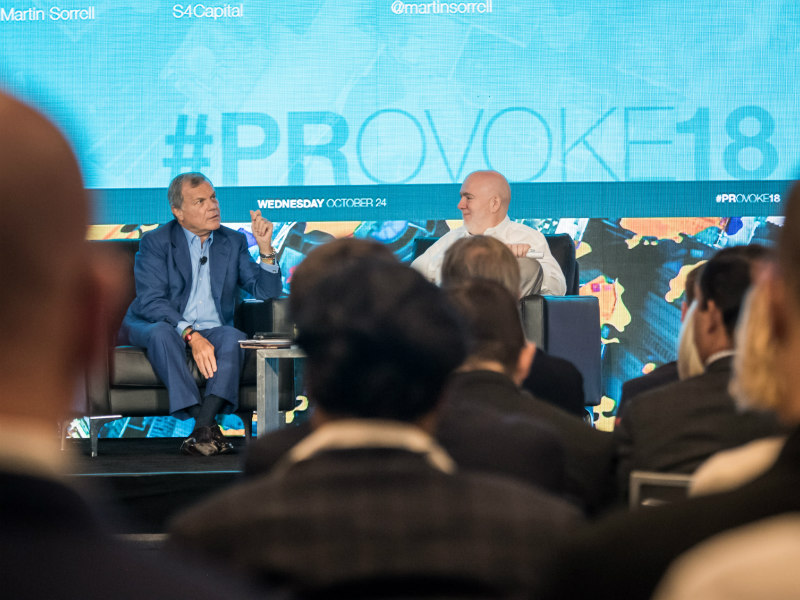 In a keynote session from PRovoke18, Sir Martin Sorrell takes aim at the holding groups, during a feisty conversation with Holmes Report founder and chair Paul Holmes, while also defending his record as WPP CEO. Starting with the FT story that reported several allegations regarding the S4 chairman's acrimonious exit from WPP, Sorrell sought to turn the spotlight back onto the holding groups, none more so than his former company, which he consistently referred to as "Wire and Plastic Products".

The Echo Chamber podcast is produced by Markettiers and sponsored by The Bulleit Group.