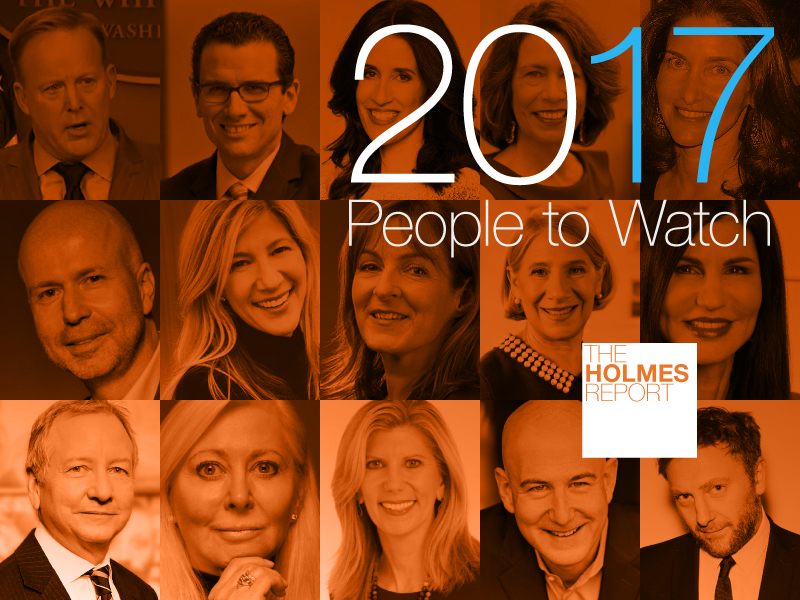 The Holmes Report picks out 15 people from the marketing communications and PR worlds who are poised to make waves in 2017.

Which marketing and communications executives are likely to have a particularly pivotal year ahead. Holmes Report editors reveal their People to Watch list for 2017, in alphabetical order.

How did last year's People to Watch fare? Check out the 2016 list here. 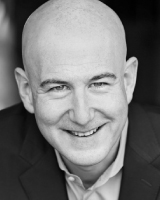 Alan VanderMolen
International president, WE Communications
After an infamous end to his Edelman career, the VanderMolen rejuvenation project found a logical home at WE Communications, a firm that has found growth elusive. There has been no shortage of activity since, with VanderMolen predicting acquisitions in the UK and Asia, and holding forth on everything from MSLGroup to Ogilvy PR. VanderMolen's track record when it comes to building agencies is unquestioned; turning WE into a credible global contender, though, will test all of his faculties. — AS 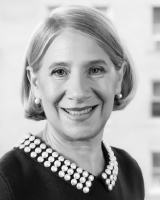 Anita Dunn
MD, SKDKnickerbocker
SKDKnickerbocker Anita Dunn will face two challenges in 2017. The first involves the firm’s role as Washington’s premier progressive communications shop—it was named number three on Politico’s list of Power Players shortly after the election—and a leader in the resistance to the Trump junta, building on its work on issues such as immigration rights, women's reproductive rights, and healthcare reform. The second involves its status as the lead public affairs agency in Mark Penn’s Stagwell Group, which will surely provide opportunities for new alliances, expansion into new markets and even broader influence. — PH 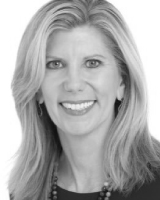 Barri Rafferty
Global president, Ketchum
Almost uniquely among the giant global PR firms, Ketchum has managed leadership transitions—from Paul Alvarez to Dave Drobis to Ray Kotcher to Rob Flaherty—almost seamlessly, and without any sense of crisis. The latest in the line—and the first woman—is Barri Rafferty, who was named president in July. She will work closely with chairman and CEO Flaherty on vision and strategy. Once again, there’s a sense that this is about continuity rather than crisis, but there’s also a feeling that Ketchum is leading a “chasing pack” that is trying to keep pace with the Big Two of Edelman and Weber Shandwick. Rafferty would presumably like to be seen as one of the Big Three. — PH 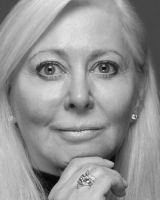 Carol Potter
Europe CEO, Edelman
It’s fair to say that Edelman’s European CEO job has been something of a poisoned chalice over the years. The firm has selected German entrepreneurs (Joachis Klewes), well-connected Frenchmen (Michel Ogrizek) industry mavericks (Robert Philipps), and management consultancy veterans (Michael Stewart), and of them all only David Brain seemed to flourish in the role. The newest to try her hand in the EMEA leadership role for Edelman breaks the mold: Carol Potter has a background in the ad industry (including nine years with BBDO in China) and will breathe new life into Edelman’s desire to build a multi-channel, media-neutral communications business. — PH 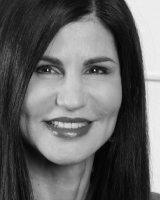 Donna Imperato
Global CEO, Cohn & Wolfe
Normally, after receiving recognition such as our 2016 Large Agency of the Year award, one might expect to see some “regression to the mean.” But it’s hard to imagine anyone less likely to rest on her laurels than Cohn & Wolfe’s Donna Imperato, who has taken a struggling—and frankly minor—PR agency and built it into the most consistently impressive agency in the WPP family, earning the support of Martin Sorrell for investments and expansion, including the acquisition of a majority stake in Brazil’s Máquina. Already this year, Imperato has promoted Jim Joseph to worldwide president and brought in Edelman’s consumer expert Laura Pesin Eder as North American president. Is there more to come from Cohn & Wolfe in 2017? Bet on it. — PH 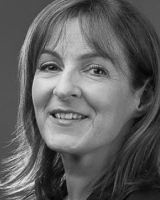 Jane Lawrie
Group communications director, Tesco
Lawrie, who joined Tesco last year from Coca-Cola, will have her work cut out at a company that has become somewhat synonymous with corporate misbehaviour. Tesco CEO Dave Lewis has spoken publicly of "the need to begin the long journey back to building trust and transparency into our business and brand." It will be down to Lawrie to deliver on that daunting vision. — AS 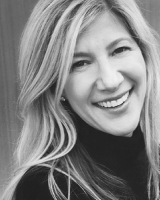 Jennifer Kuperman
Chief communications officer, Alibaba
As the person entrusted with building Chinese giant Alibaba's reputation amid an often-hostile Western media environment, Kuperman holds one of the corporate world's most challenging PR jobs. Still, there is no question that Alibaba's brand is on the rise, thanks to impressive business performance and smart communications efforts at such global events as Davos. It may be a tough job, but Kuperman looks set to improve on that performance in 2017 — AS 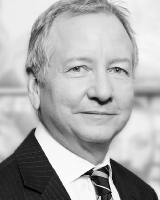 John Seifert
CEO, Ogilvy
After biding his time at Ogilvy for 37 years, new CEO John Seifert appears determined to make his mark. And how, after announcing that the group will dispense with its sub-brands in favour of one consolidated business, a move that raises significant questions about Ogilvy PR's future. Seifert clearly does not lack courage, but the devil is likely to be in the detail; while his approach may well appeal to clients, a restructuring on this scale may prove a more difficult proposition, particularly from a global perspective. — AS 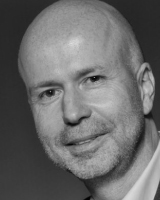 Jörg Eigendorf
Head of communications, Deutsche Bank
It’s not unusual for a company in crisis to bring in new chief communications officer. Nor is it surprising when a company announces that it will conduct an internal investigation. What is interesting about Deutsche Bank’s decision to appoint Jörg Eigendorf as head of corporate communications and social responsibility is that Eigendorf is one of Germany’s best known investigative journalist, having spent six years as head of the investigative team at Die Welt. His credibility among German media will clearly be instrumental in restoring the bank’s credibility over the next 12 months. — PH 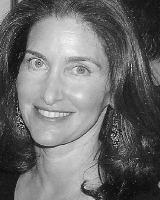 Karen Kahn
Chief communications officer, HP
Karen Kahn marked her first year as HP's communications chief by dismantling the company's long-term relationship with Omnicom PR firms, particularly Porter Novelli, in favour of a big-budget shift to Edelman. That move suggests that Kahn is not one to waste time, which will likely be an asset as the company looks to turnaround its fortunes and restore long-term growth. — AS 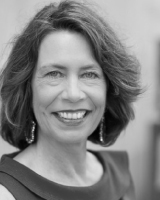 Karen van Bergen
CEO, Omnicom Public Relations Group
Karen van Bergen's high-profile elevation to the newly-created role of Omnicom PR Group CEO last year saw her consolidate leadership of the company's 10 PR firms, which together account for more than $1bn in revenue. As such, her progress will be watched closely, even if the early signs since are encouraging — with Omnicom's PR division again active on the acquisition front and more aggressively seeking collaborative solutions and growth. — AS 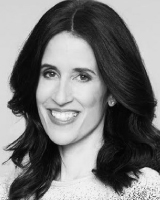 Michelle Peluso
Chief marketing officer, IBM
IBM's first CMO hire reflects the growing importance of brand marketing to IBM's business model. Peluso, who brings plenty of tech and consumer experience, is charged with transforming the company's marketing efforts, in line with the data-centric approach she took at such companies as Citi and Gilt. Also of note, Peluso reports directly to SVP Jon Iwata, giving her plenty of scope to succeed. — AS 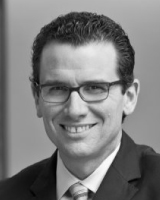 Oscar Suris
Head of corporate communications, Wells Fargo
The first five years of Oscar Suris’ tenure as chief communications officer at Wells Fargo were not exactly uneventful—the global economic crisis was triggered only a few months before his arrival from Ford, and banks were not exactly popular—but the last 12 months have surely been orders of magnitude more difficult as Suris has led the company’s communications through a crisis that saw the departure of CEO John Stumpf—but only after several PR blunders on his part. The new CEO, Timothy Sloan, does not seem to share the tone-deafness or his predecessor, and it looks as if Suris will have the opportunity to rebuild trust—something his community-focused, social media-savvy approach should be well suited to. — PH 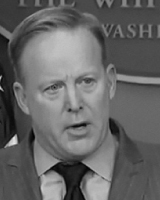 Sean Spicer
White House press secretary
Donald Trump’s press secretary had only been in the job for a day when he called his first impromptu press conference, to harangue the media for reporting accurately on the crowds that gathered to celebrate his boss’s inauguration. He didn’t actually coin the term “alternative facts” to explain how he saw reality so differently from everyone else in America, but it’s already clear that he’s a believer in the concept. A few days later, Spicer retweeted a satirical article from The Onion, explaining that his “role in the Trump administration will be to provide the American public with robust and clearly articulated misinformation.” It’s by no means clear whether he thought the article was a serious endorsement of his approach. It’s going to be an interesting year. — PH 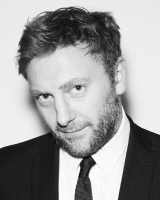 Warren Johnson
Founder, W Communications
Johnson has emerged as one of the leading lights in the latest wave of London consumer PR firms, as fond of striking a good deal as he is of an award-winning campaign. Both attributes will come in handy as the fast-growing firm attempts to succeed where many UK players have failed — by expanding internationally, including into the US, while ensuring that W retains its prized UK relevance. — AS
Article tags
Trends Trend Forecast People to Watch People In-House Agency
News direct to your inbox
Premium Content
Premium Content