Thought leadership is probably the most effective form of marketing for most professional service firms, so it’s no surprise that PR agencies produce a wealth of surveys and studies.

We continue our 2018 Review with a look at the best of the industry's research insights this year. Thought leadership is probably the most effective form of marketing for most professional service firms, so it’s no surprise that PR agencies produce a wealth of surveys and studies, supplemented each year by external research into topics like reputation and credibility.

Excluding our own excellent research, and emphasizing new initiatives or new findings over well-established pieces of intellectual property (particularly those that have made this list in previous years), the 12 most important thought leadership studies of the past 12 months shed new light on critical issues.

The Trump era in the US has created an environment in which every company has to consider its position on critical political issues—from immigration to LGBTQ rights—and in which refusing to take a side in such debates is seen as support for the status quo, creating a situation in which silence can be as dangerous as boldness.

The downside to inactivity was captured in research early in the year from public affairs firms APCO and GSG (the latter of which was way out ahead of this issue five years ago). APCO’s Corporate Advocacy in Five Acts study found 90% of respondents expect brands to be involved in taking on society’s most pressing concerns, and showed how companies that remain silent risk being seen as out-of-touch and irrelevant.

GSG’s 5th annual business and politics report, Call to Action in the Age of Trump, found 76% of US consumers believe companies should stand up for what they believe in regardless of how it plays— up from 70% in 2016.  And it suggested that 32% of Americans (a 10-point increase), 42% of millennials (an 11-point increase) and 57% of influential Washingtonians actively seek information on corporate values and positions.

Slightly better news for corporations came from a Weber Shandwick study, which found that 83% of respondents in the US and the UK believe it is more important than ever to support companies that “do the right thing” by doing business with them—a practice known as “buycotting”—compared to 59% who believe brand boycotts are of utmost import.

And reinforcing the message that this is not just a US issue, the annual Business Reputation Tracker produced by Opinium in partnership with the Confederation of British Industry and Porter Novelli found that nine out of 10 people (92%) think businesses should take a stance on social issues—with an overall decline in business reputation suggesting that companies are falling short.

Closely related to the expectation that businesses will get increasingly involved in political issues is the rise of the values-based consumer, and so it’s not surprising that an increasing volume of research this year was focused on purpose.

Edelman produced perhaps the most definitive study on this topic, with its Earned Brands Study finding that 64% of global consumers are belief-driven buyers, a significant lift from the 50% who last year reported making purchasing decisions based on brands’ stands on societal issues. The global research found some differences from market to market, but in the eight markets surveyed, belief-driven buyers are the majority in every age group—(18-34 (69%), 35-54 (67%) and 55-plus (56%)—and every income level.

There was an equally important contribution from FutureBrand, which found that “purpose brands” such as Disney and Apple now dominate the list of the top 25 brands in its FutureBrand Index. The index, a global perception study of PwC’s Top 100 companies, uses 18 indicators across six key perception categories and included a record number of “purpose brands” (11 versus three in 2014).

Meanwhile, research from Porter Novelli/Cone supported the idea that consumers are not the only ones interested in purpose: that taking a stand is a key factor in driving a company's reputation.  The Purpose Premium Index finds that purpose drives 13% of companies’ reputations, making it the third largest factor contributing to consumer perception (behind quality and vision)

We could probably dedicate a whole list to the key insights generated by Edelman’s Trust Barometer, surely the best-established and most quoted of the PR industry’s thought leadership initiatives. Its findings on declining trust in governments anticipated Brexit and Trump and other populist successes around the globe, and this year’s Barometer found further erosion in trust as people around the world began to question the very nature of truth.

But rather than devoting more attention to those big picture issues, our top 12 list is going to focus on a narrower Trust Barometer study released at Cannes, which confirmed that trust in social media is way down: only 41% of respondents now trust information on social media, with particularly low trust levels recorded in the US (30%), Germany (27%), France (25%) and the UK (24%). More interestingly, 71% of consumers expect brands to pressure social platforms to effectively safeguard personal data and 70% expect brands to also curb the spread of fake news.

As we go to press with this article, Marriott has just become the latest large company to experience a devastating data breach (expect to read more on that in our upcoming Crisis Review), so it is clear that cyber security is not going anywhere as an issue any time soon. Which means that Finn Partners’ research on this topic is likely to remain relevant for some time.

It focused on employee activities, and found that nearly two in five workers have clicked on a link or opened an attachment from a sender they did not recognize and that 55% of respondents said they use their own devices for work, which makes them more vulnerable to hacks, malware and data breaches. (This was before the news broke that White House staffer Ivanka Trump has been using her personal email for work purposes, which only reinforces the point).

The European Corporate Affairs Remuneration Report, the first report of its kind from recruitment consultancy Ellwood Atfield, found that in the most senior roles—heads of EMEA and global heads of corporate affairs—women on average earn 7% less than men. And for heads of EU affairs, the gap is even wider: analysis of the remuneration of heads of EU affairs found that €147,800 is the average basic salary for men, while for women the average salary is €124,100 – 16% less at this level.

Anyone want to guess what the difference is in the US, or in the less developed markets of Asia and Latin America?

In April, research from the Association of National Advertisers found that 43% of the advertisers already engaging in influencer marketing plans are to put even more money into them in the next 12 months, suggesting that we have not yet reached “peak influencer.”

But that’s not the study that makes our top 12 list. That distinction belongs to a piece of research later in the year, conducted by UK benchmarking and measurement firm CampaignDeus. That study of influencers and marketing spend shows 12% of UK influencers bought fake Instagram followers in the first six months of the year, and engagement rates for most influencers dropped off rapidly when they posted branded content.

In the wake of several complaints at Cannes regarding “follower farms” and other attempts to inflate influencer numbers, this survey dealt a blow to the discipline's growth prospects.

Finally, tied for the final spot on this year’s list are two surveys that highlighted areas of concern for technology companies, and indeed all companies that are using technology in innovative ways—some of which clearly trouble consumers.

WE Communications unveiled its second Brands In Motion survey, which showed that consumers have been shaken by recent technology scandals: 84% fear their personal data is not secure, 80% think they or their family could be compromised online, and 77% fear that hackers could shut down the power grid. Almost all (97%) respondents said they now place responsibility squarely on brands to use technology ethically while continuing to drive customer-centric innovation, and 94% said that if brands can’t use technology ethically, then governments should step in.

A new FleishmanHillard report, meanwhile, focused specifically on artificial intelligence, which found that more than half of global consumers (56%) already say that AI needs more regulation and restrictions, and 61% of all participants believe the responsibility for educating the public about AI should be shared, and that the knowledge gap needs to be addressed quickly if tech and other industry wants to build public trust in artificial intelligence.

One Year Later: What The PR Industry Has Done To Dismantle Systemic Racism
Diana Marszalek
// 01 Jun 2021 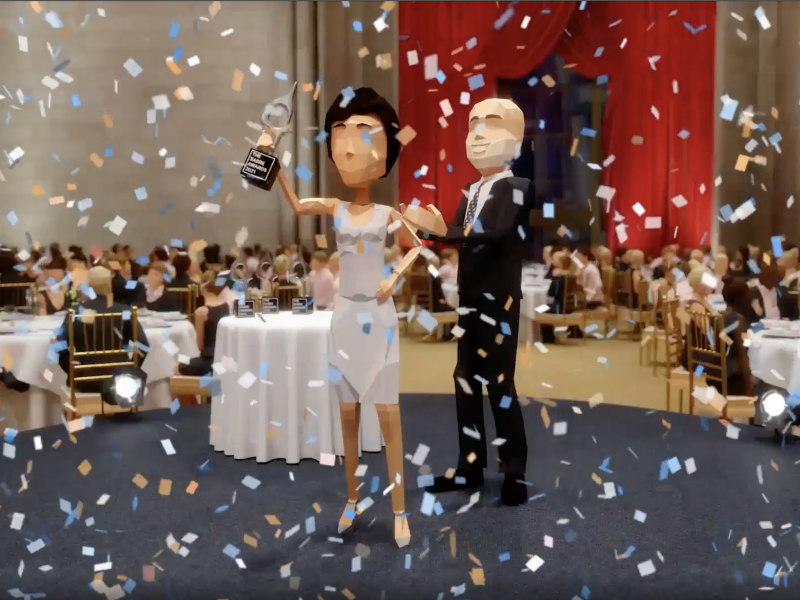