PRovoke Media picks out 15 people from the marketing communications and PR worlds who are worth keeping an eye on in 2020.

Which marketing and communications executives are likely to have a particularly pivotal year ahead? The Holmes Report's editorial team reveal their People to Watch list for 2020, in alphabetical order.

How did last year's People to Watch fare? Check out the 2019 list here. For once, a fairly stable year - with only one departure (Jonathan Adashek). It sometimes feels as though Hill+Knowlton has been a “turnaround story” for longer than this publication has existed, so it’s not surprising that when we sat down with the firm’s new CEO, AnnaMaria DeSalva in October, she was under no illusion about the scale of the challenge ahead. Equally unsurprising, DeSalva—a trusted advisor to CEOs during complex corporate transformations at Pfizer and DuPont, has a strategy to return H+K to the top, especially in North America. — PH 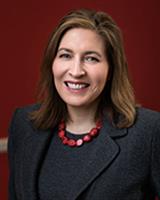 Since taking charge of Coca Cola's communications function in 2017, Bea Perez has ushered in a more engaging era for the soft drinks giant's public relations efforts, at a time when it is under scrutiny like never before. Having served as chief sustainability officer since 2011, Perez understands the challenges better than most, but will be tested by Coca-Cola's continued ability to make headlines when comments are taken out of context. — AS Huawei’s communications function has become more keenly-watched than most, thanks to the myriad issues facing the company. But Huawei veteran Chen Lifang, who took on the top communications job last year after Joy Tan’s relocation to the US, is unlikely to be daunted by the scale of the challenge — which includes continued geopolitical opposition from the US government, along with the arrest of CFO Meng Wanzhou. Chen’s tenure, to date, has been quietly impressive — underpinned by a more enlightened PR strategy at the company, after years of stonewalling and silence. Last week, meanwhile, the UK defied Washington and said it would allow Huawei into its 5G networks, representing a significant triumph for the company. And one that reflects particularly well on Chen’s communications department, as it gears up for another year of scrutiny in 2020. — AS After 35 years at Unilever, CMO Keith Weed – one of the most powerful marketers in the world – left some sizeable empty shoes when he departed in December 2018. A year later, the void was finally filled by Conny Braams, who herself has been with the multinational since 1990. Braams started her 30-year career at Unilever as a marketing trainee before working her way up through a variety of local and international marketing, customer development, communications and management roles. She became executive vice president for Middle Europe in May 2019, and just seven months later she was elevated to the refreshed chief digital and marketing officer role, with a brief to “lead the transformation of Unilever into a future-fit, fully digitised organisation at the leading edge of consumer marketing.” As well as the new focus on digital, Braams will be driving forward Unilever’s sustainability agenda — an increasingly pressing issue for such a major user of palm oil. The CMO role might not have quite the ad budgets of its glory days, but Braams is certainly a safe bet to take Unilever’s marketing forward into the Twenties. — MPS Going into 2020, Corey DuBrowa has plenty of challenges on his hands. It seems Google is amid a culture crisis of sorts as its number of employees soars near 115K and its market cap hits $1 trillion. But even so, Google remains one of the most closely-watched and influential companies in the world, where Dubrowa has made a significant impact on the way the company handles communications. So far, he has implemented new metrics, doubled the team, and is streamlining Google’s 170+ PR agencies around the world. The near-term forecast for Google is likely to include continued volatility with Larry Page and Sergey Brin having stepped down from their roles at the parent company Alphabet and Google CEO Sundar Pichai (who DuBrowa reports into) takes over. — AaS 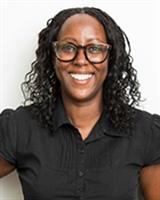 The lack of diversity in the UK public relations industry has been the topic of much angst but little action over the past couple of years. It’s an existential issue: PR, more than any other discipline, needs the ability to understand and empathize with all employees, all consumers, all communities, and it is impossible to do that without reflecting the broader population. Elizabeth Bananuka, founder of BME PR Pros, is the most outspoken voice for change, telling it like it is to an industry that seems to recognize the problem, but appears clueless about what to do. If anyone can drive real change, it’s Bananuka. — PH Gail Heimann’s elevation to Weber Shandwick CEO was richly-deserved, after serving as the creative force behind the agency’s stellar performance over the past decade. And since taking over, Heimann has wasted little time reshaping the firm’s leadership team to notable effect. Expect more changes in 2020, all of which will bring both opportunities and challenges to an agency culture that is typically viewed as one of the more resilient of the major networks. Meanwhile, Heimann will also be hoping to continue driving Weber Shandwick’s evolution into the standard-bearer for industry transformation, while preserving the growth momentum that sees the firm eyeing top spot on our agency rankings, ahead of arch-rival Edelman. — AS Canadian communications holding company Avenir Global has made the largest acquisitions in the PR space in each of the past two years, adding midwestern powerhouse Padilla in 2018 and London’s highly-respected public affairs shop Hanover in 2019, adding to a portfolio that includes Canada’s market leader National, tech specialist Shift, and more. Vasseur, a 30-year veteran of Avenir parent Res Publica, has made it clear that the company has ambitious growth plans and an eye for talent. Will there be more activity in 2020, or is it time to pause and consolidate? — PH Jonathan Adashek’s star continued to rise in 2019, despite leaving the embattled Renault-Nissan-Mitsubishi Alliance in the wake of the high-profile Carlos Ghosn affair. By the start of this year, Adashek was installed as IBM’s new CCO, after the storied tech giant opted to part ways with Ray Day. Adashek brings considerable pedigree to the role, having transformed Nissan’s communications operation in Japan, but IBM is likely to prove his biggest challenge yet. Not only is the company trying to shed its reputation as a shrinking, old-world tech giant, but its communications function has seen considerable change — not all of it good — over the past two years. His progress will be keenly observed. — AS Golin ended its co-CEO experiment late last year, in the process elevating Matt Neale to sole CEO and parting ways with Jon Hughes. The restructuring itself raised few eyebrows, given the endemic issues in having three CEOs. And Neale's leadership capabilities have always been evident, amid Golin's strong new business run in recent months, and his successful transition to a New York role since 2015. But Neale will be aware of the need to win over Hughes’ leadership teams in EMEA and Asia-Pacific and, of the concurrent need to ensure that Golin’s penchant for innovation continues to deliver the kind of results that punctuated its 2019 performance. That will mean better performances from many of its Asian offices, and a return to form from a London operation that will also have new leadership in place soon. — AS Holding responsibility for both public affairs and sustainability at Bayer, which now owns Monsanto and all the associated reputational challenges, is perhaps a double-edge sword. No company has attracted more controversy than the US agribusiness giant, the company at the forefront of the GMO debate, which has been a target for activists and regulators. But there’s a strong case to be made for the company’s technologies, especially as a way to boost agricultural practices in developing markets, and Berninger—a veteran on public affairs roles at Mars and a former Green Party politico—may be just the man to make that case. His efforts in 2019, when he publicly suspended FleishmanHillard amid the stakeholder mapping affair, suggest he is unafraid to make unpopular moves, either. — PH Just a year after joining McDonald’s as its first VP of global comms, Michael Gonda is at the top of the function, following a series of departures including the high-profile CCO Robert Gibbs, a former Obama aide and White House press secretary; Jano Cabrera left the company after four years as senior VP of corporate relations; and CEO Steve Easterbrook, who was unceremoniously fired for a consensual relationship that broke company rules. That means Gonda has oversight of the chain’s IOM  (international operated markets) and IDL (international developmental licensed markets) corporate relations teams, as well as global policy and engagement. All at a time when McDonald’s continues its push to be seen as a forward-thinking organization that offers customers the conveniences that come with technology, like remote ordering and delivery, while building in some fun and excitement around one of the world’s most recognizable brands. — DM As we highlighted in our recent 2019 crisis review, last year was an annus horribilis for airplane manufacturer Boeing, after several crashes led to scrutiny of the company’s too-cozy relationship with US regulators and a culture that seemed to scorn its customers. Niel Golightly stepped into the company’s senior communications role in December. He was previously chief communications officer at Fiat Chrysler and held positions at Shell and Ford. But it may be his experience as a fighter pilot that comes in most handy in his new role, which will call for a steady hand as well as technical expertise. — PH After joining Edelman at the start of 2018, Stephen Kehoe was parachuted into the Asia-Pacific leadership role last year following the end of Jesse Lin’s 18-month tenure with the firm. And Kehoe, who plans to relocate from Washington DC to the region, has plenty to do as Edelman attempts to rekindle growth across such key markets as India, China, Japan and Indonesia. The return of Michelle Hutton to Australia will, no doubt, help — and Kehoe’s own considerable experience as a corporate specialist will hardly be unwelcome given the nature of Edelman’s portfolio in the region. Indeed Kehoe’s arrival is seen by some as a necessary correction following the overt tilt towards advertising that was represented by Lin’s hire. Regardless, Kehoe will also need to ensure that Edelman’s broader transformation towards ‘communications marketing’ continues to fire, particularly as it relates to the firm’s impressive creative and digital capabilities across Asia-Pacific. — AS The Democratic National Committee has been under scrutiny in recent years — and so far, the 2020 election is proving to be no different. As the primary season heats up, the DNC continues to face controversy over its role in selecting the Democratic presidential nominee. As the communications leader, Xochitl Hinojosa has been on the front lines of what is proving to be a contentious primary battle — and what undoubtedly will be an intense general election race as the Democrats look to not only win back the White House, but also make inroads in the Senate and keep control of the House. — AaS