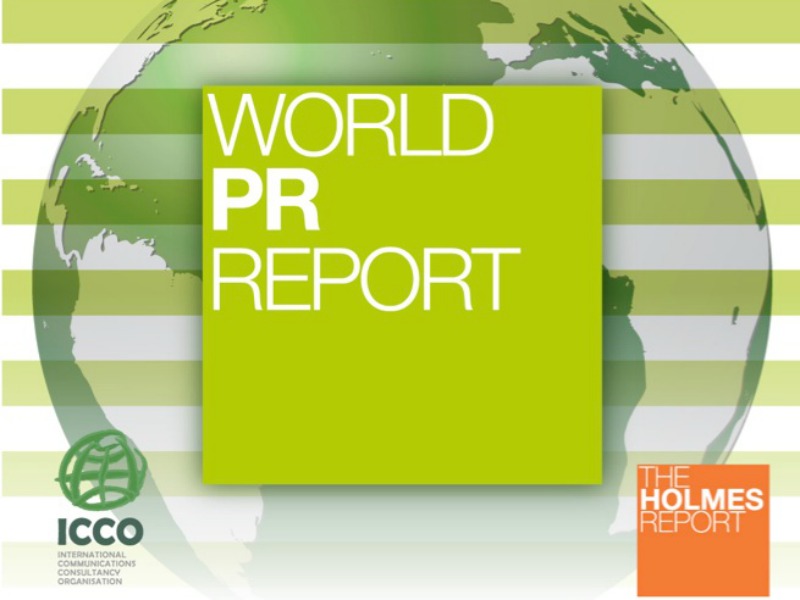 A fast-changing industry gears up for a pivotal year.

The World PR Report, which we produce in conjunction with ICCO, is a fairly hefty study of global PR trends. This year, for example, it found that the global PR industry returned to double-digit growth in 2013, and also pinpointed the specific areas where PR firms around the world are seeing opportunities and challenges.

But, like many surveys of its kind, it can tend towards being more descriptive than prescriptive, offering a snapshot of a PR industry that is experiencing considerable flux. To try and bring a measure of perspective to the study's results, and to indulge a little in the kind of crystal ball gazing that is popular at this time of the year, ICCO convened a panel discussion which I moderated yesterday, featuring the following agency heads:

From this discussion, came the following five insights, all of which are worth watching out for in 2015:

1. The continued rise of the micro-network

One of the World Report's signal findings was that independent PR firms are outgrowing their publicly-held peers by a factor of 2 to 1. And the publicly-held ranks are dominated by the big MNC networks. Unsurprisingly, a panel featuring Hotwire, Newgate and WagEd believes that 'micro-networks' can prosper at the expense of their larger rivals, even if they admitted that the growing influence of procurement often benefits bigger firms.

The promise of the smaller multi-country PR network is clear. Technological advances should, in theory, mean that agencies do not need to plant a flag in every country, which also helps limit exposure to difficult markets. They promise greater agility, more focused senior-level counsel, specific sector and practice expertise, and an ability to invest more readily ahead of the curve. They are often large PR firms that have outgrown their home market, but not always; Newgate, for example, had a international plan in place from day one.

And, even though it is rare for them to actually deliver on all of the promises above, there is certainly enough evidence to suggest that micro-networks will continue to rise in 2015, comparing favourably to the anaemic growth exhibited by many of the big global PR networks. Of the top 10 largest agencies in the world, only three — Edelman, Weber Shandwick and Ketchum — grew at a double-digit rate in 2013. 2014 is unlikely to be markedly different. Neither is 2015.

2. Make friends rather than purchases

Global agency growth has typically proceeded via acquisition of local agencies in international markets. And there is certainly no suggestion that the hectic pace of agency M&A is about to slow down anytime soon. As Talago puts it, "the safety net of a foster parent has become very attractive," particularly when integration is perceived as being more achievable via M&A.

Yet, counter-intuitively, every person on the panel — including Ogilvy PR's Manson — believes that partnerships are becoming a better way to handle diverse requirements when it comes to both geography and expertise.

Craigie called partnerships "one of the biggest under exploited resources" in the PR industry. "There seems to be an obsession with building everything under one roof but isn’t it better to work with the best, to work with specialists? The same goes for international expansion."

Acquisitions are a relatively easy way for holding groups to report revenue growth. But, as many in the PR industry know, they are a difficult way to build businesses that rely on culture and people, particularly across international borders. Partnerships are not necessarily easier — they require just as much effort to make work, if less investment. But the upside — entpreneurial, specialist firms working in tandem with each other — is an attractive one, and one that clients are increasingly considering.

In his own post on 2015 trends, Talago observes the various factors that, together, signal Asia's rise into a compelling source of communications budgets and influence. The first, clearly, is the growth of Asian companies —  such as Huawei, Tata, Alibaba, ZTE, Rakuten — many of which are now spending significant sums on international marketing and PR. Then there is the rise of homegrown agencies, most notably China's BlueFocus, that are looking to acquire Western agencies. Asia's PR industry remains relatively small, but only the bottleneck of talent poses a significant challenge to its rapid growth.

The biggest challenge facing PR firms stems from the difficulty of revamping a waning model at a time of poor economic growth in many markets. Regardless, as we have noted on several occasions, many firms are restructuring to meet a broader set of communciations needs, spanning the full range of earned, owned and paid media.

This kind of change is difficult, but it is also a financial imperative. Communications budgets, particularly in mature markets, are hardly growing, so PR firms can only hope to expand by accessing other budgets — typically marketing but also, increasingly, measurement/data.

As Newgate's Saw pointed out "traditional agency structures predate the digital age". Restructuring is painful, and Craigie believes that "agencies are spending so much time servicing their legacy garden of clients and services that they don’t have the headspace to focus on planting new crops."

Manson, meanwhile, thinks that the PR industry will need to wake up to reality of competition with other disciplines in 2015. "I sort of think we’re asking the wrong question," he says. "I’m interested in how we compete in the marcoms arena."

The primary challenge, as ever, revolves around the talent required to make the necessary shifts, and the cultural change these imply. For example, Manson thinks that "PR people are lousy at managing creatives." They will need to get better at that, and much more, if they hope to prosper from the tech-fuelled collision of marketing and communications disciplines.

When asked to name their favoured PR markets for 2015, the panel opted for the US, Middle East, UK and Asia-Pacific. Quizzed on the toughest PR markets, Russia featured prominently, along with Western Europe in general.

Those observations reflect the economic realities that continue to affect public relations and marketing spend around the world, and only time will tell how declining oil prices will affect the bumper Middle Eastern budgets of recent years.

Yet, as Craigie noted, technological advances mean that agencies can make money even amid difficult macroeconomic conditions. "Technology is and will continue to shake our businesses up," he said. "Even when budgets don’t increase, fees will be freed up from other tasks and services because they can now be done more efficiently."

It may be some time before we see this come to pass. Despite double-digit growth, Talago points to the continued trend of consolidation, whether on the client or agency side. Yet, as he also notes, technology brings the "promise of cost reductions". Not all PR agencies will benefit from this in 2015, but the smartest will prosper, as always.
Article tags
Analysis World PR Report Trends Opinion ICCO Agency
News direct to your inbox
Premium Content
Premium Content