Please refer to our Privacy Policy for important information on the use of cookies. By continuing to use this website, you agree to this.
Home Longreads Cannes: One Takeaway From This Year's Festival, "Reputation Matters" 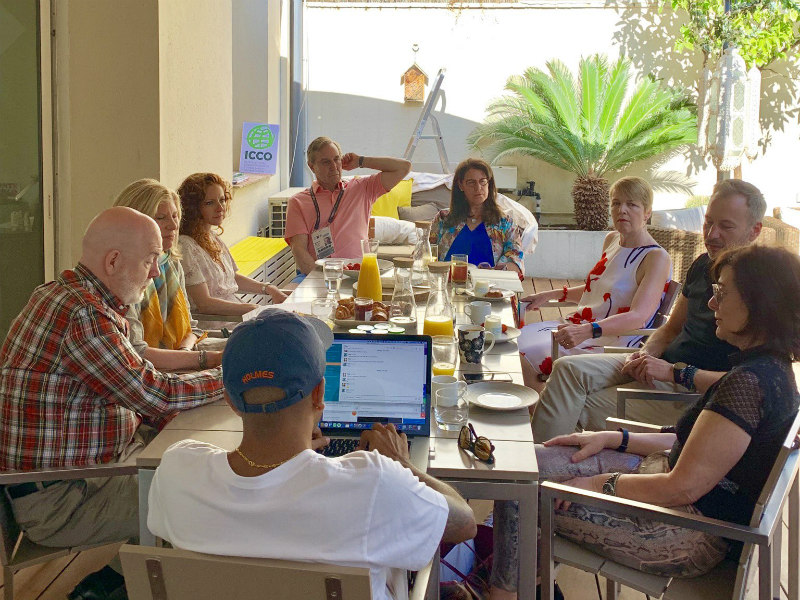 Cannes: One Takeaway From This Year's Festival, "Reputation Matters"

CANNES — The central role of issues such as purpose and brand activism at this year’s Cannes Festival of Creativity is a reminder to the PR industry that “reputation matters,” participants in the Holmes Report’s annual Cannes CEO roundtable agreed, during a wide-ranging discussion on the major themes, highlights and lowlights of this year’s event.

“The best speech I heard was [Unilever CEO] Alan Jope, who talked about the problems with fake purpose campaigns,” said Richard Edelman, CEO of industry giant Edelman. “He made it clear that if your agency is involved in ‘purpose-washing’ or ‘woke-washing’ Unilever is not going to work with you. That was really strong.”

Indeed, Jope’s warning that “woke-washing” was destroying trust resonated with all of our panel’s participants.

Ketchum chief executive Barri Rafferty suggested that Jope’s speech was just one example of the increased understanding that “companies have to change their approach to be more authentic,” while Rachel Catenach, president of FleishmanHillard in Greater China, felt there was a growing realization among marketers that “reputation matters” and Weber Shandwick president Gail Heimann said clients generally are coming to understand that “purpose drives reputation and reputation drives business.”

Melissa Waggener, founder and chief executive of WE Communications, said the trend was evident in discussions with her clients: “We are seeing more people in the C-suite saying, let’s start with purpose. Those conversations are taking place behind closed doors and there is an understanding that there has be a long-term commitment to make purpose authentic.”

As always, the PR industry’s inability to dominate its own category prompted some discussion, although Golin’s success — becoming the first PR firm credited with “idea creation” on a Gold Lion campaign — and the industry’s success in categories beyond PR meant that the discussion was more upbeat than in previous years.

The comment—referring to PR jury president Michelle Hutton’s decision to focus on the ‘craft’ of PR rather than the use of a specific channel — triggered a discussion about the constantly-shifting criteria for PR.

“It seems as though every year we are trying to redefine the criteria,” said Rafferty. “That’s troubling to me. We need to change that. We need to settle on something and then keep it constant.”

Others saw that as a problem for the festival, rather than for PR. Said Golin co-CEO Jonathan Hughes, “I think that’s every chairman of every jury. They all seem to start out by trying to define what their category means, and that seems to be constantly changing.”

MSL’s US chief executive Diana Littman, meanwhile, found the need to meet multiple — sometimes competing — criteria as a PR-specific problem: “It seems that as a discipline we make it very difficult. We have to think about the results we are delivering. We have to think about whether the campaign is doing good in the world. We look at everything so many different lenses, it seems like we are making our own category so difficult and complex.”

Hughes, on the other hand, seemed to see the complexity as a good thing, or at least a reflection of the fact that PR is a broad discipline: “We navel-gaze too much,” he said. “PR is everything from an amazing stunt to a campaign that is built on data and insight-driven strategy. It doesn’t have to be one thing or the other.”

“I don’t understand why we are so focused on long-term campaigns,” said Edelman. “A lot of what we do is ‘fast creative.’” He pointed to his firm’s work with Starbucks, following an incident in Philadelphia in which two black men were asked to leave the coffee shop. That sort of rapid crisis response work often does not make it to Cannes, he said.

“Fast creative is going to be more critical in the future,” Catanach agreed. “It’s something out industry is good at and we ought to be entering more of it.”

There were six Gold PR Lions presented this year, in addition to the Grand Prix, and only one of those seven campaigns was created by a traditional PR agency — continuing a trend that we have discussed since the Lions introduced the “idea creation” designation. But any frustration at the industry’s failure to dominate its own category was tempered this year by the success PR agencies were enjoying in other categories.

Rafferty agreed. “We showed up well in social and influencer. We need to broaden our definition of success; it’s not just about the PR category.”

There was a definite consensus that PR’s ability to deliver solutions across multiple channels — particularly digital and social and the Lions’ new focus on Sustainable Development Goals — was showing up in the industry’s success across multiple categories.

“Cannes existed for decades in a siloed world,” said Heimann. “Now we have a world where marketing and policy and engagement are all colliding, and that’s a space we are comfortable in. It’s up to us to come here and define what we do for the PR category, but also to be in all the relevant categories vertically.”

“I think the firms at this table are showing really well across all categories,” added Rafferty. “I am excited by that. And there’s more and more opportunity for us to shine across all areas, whether it’s idea creation or amplification. That’s a big change from four years ago.”

And Heimann was particularly excited by the kind of work that was being recognized. “In the past, we have entered work that we thought would do well at Cannes, not the work that we thought was awesome. But this year, we focused on work we really believed in, like Iceland and Ancestry and AB InBev and the result was the best year we have ever had.”

Responding to the concern that PR agencies are still infrequently credited with idea creation, Rafferty made the point that the designation is not always as clear cut as it seems, pointing to her own agency’s contribution to the Wendy’s campaign (credited to VLMY&R and focusing on the online game asking players to align themselves with either pizzas or burgers) that won in the Social & Digital category.

“It was a brainstorm that included several disciplines and it took about 48 hours from idea to execution, and it was social and PR and just went everywhere.”

But as always, there were concerns that the PR industry is not packaging its ideas as effectively as disciplines that have been part of the festival for decades. “Advertising agencies are still better than us at packaging their ideas,” said Catanach. “We are still too modest. We can improve the way we tell our own stories.”

What else they liked, and what they didn’t

The discussion also touched on a number of additional issues that caught the attention of PR industry leaders, including the shifting balance between work (the campaigns and ideas on display) and play (the various distractions that come with parties and celebrity concerts). “This Cannes seemed more workmanlike to me,” said Hughes. “There seemed to be a greater emphasis on the work.”

But Rafferty disagreed. “I didn’t see that. There were sill bands and music and people taking off to St Tropez.”

Waggener had a slightly different perspective, having brought three students (from Asia and the UK) to participate in a “fake news” quiz show the firm staged. “For them, they said coming to Cannes was the dream of a lifetime. One of them told me he hadn’t slept since he got here, that it was the best place in the world. The energy, and the people focused on solving big problems. For them, it’s not about awards, it’s about actions.”

The creative industry’s own record on diversity was another topic of discussion, with Heimann noting the irony that the when the winners of the PR Grand Prix — for the Tampon Book — came on stage, the team was predominantly male. “One of my colleagues said to me, it’s time we saw fewer campaigns about menstruation on stage, and more people who actually menstruate.”

And while past Cannes’ discussions have touched on the bias against big American companies, this year there was some concern that other markets were being slighted. “I was disappointed by the lack of recognition of work from Asia,” said Edelman, noting that there were no Asian campaigns among the Gold PR Lions. “We did a campaign for Johnson & Johnson on vision care and we were able to persuade two million Chinese people to go and get their eyes examined.”

Catenach, who represents the Greater China region, was more encouraged: “What I saw was work from Asian companies like Lenovo and Huawei and Tencent in the running here. It may not be winning yet, but it shows that Chinese companies are maturing.”

But at the end of the day, for most of the attendees, what stood out was the inspirational quality of much of the work.

“I come here to embrace my green-eyed monster,” said Hughes. “I did love the ‘Harmless Guns’ campaign,” (which won a Gold Lion in the PR category for 3D printing company Dagoma and ad agency TBWA) “and the IKEA campaign,” (which also used 3D printing to create accessories that make furniture more friendly for disabled people). “They were both really smart use of technology, and that’s something out industry can learn to incorporate into campaigns.”

Waggener, meanwhile, lauded the “Unbreakable Rainbow” campaign, which saw Ben & Jerry’s recreate a gay rights installation that had been repeatedly destroyed, using a hologram that used water and light.

“What do you want out of Cannes?” Hughes asked. “For me, it’s a break from the everyday. Maybe you don’t learn anything you don’t already know, but you think about things you don’t necessarily think about during the average week in the office. You are reminded that creativity can solve really big problems."