Please refer to our Privacy Policy for important information on the use of cookies. By continuing to use this website, you agree to this.
Home Longreads Next 15 Aims To Embrace Future By Dispensing With Brands Of The Past 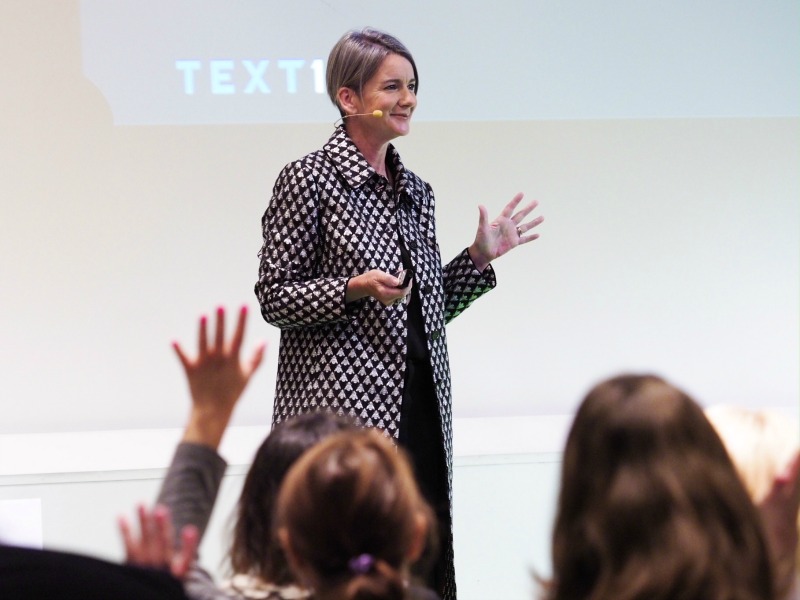 Aedhmar Hynes embodied the Text100 brand, but her departure after 28 years comes against a backdrop of increasing agency consolidation and change.

It is not even 18 months since Aedhmar Hynes was outlining her expansive plans for Text100's transformation, amid acquisition, restructuring and a leadership overhaul at Next15's biggest agency. So the news that Hynes is stepping down must count as something of a surprise, even if — after 28 years with the agency, including 18 as CEO —her departure was always likely to represent headline news.

That Hynes leaves as Next 15 dispenses with the storied Text100 name is fitting. No one embodied the Text100 brand quite like the 52-year-old, who has worked tirelessly to develop a distinctive workplace culture at the agency. That culture sometimes seemed overly dependent on Hynes herself, so it will be interesting to watch how the executive team that she put in place (and which remains in place) takes to the new leadership of Bite's Helena Maus.

These days, 18 months can seem like long time in the agency game. Text100 lost its two biggest accounts in IBM and Lenovo, and the drumbeat of agency change and consolidation has only accelerated. Hynes has long toyed with the question of whether the grass really is greener outside the garden she carefully cultivated. It would appear that Text100's merger with Bite, coming so soon after a lengthy repositioning effort at Text, has finally given her the impetus to explore that notion once and for all. Hynes' availability is likely to trigger considerable interest across agency and in-house, in an industry where her stock — aided by a high-profile Page role — remains high.

If Hynes' exit is the first surprise from this week's merger announcement, the second must be that Next 15 has decided to pull the plug on both brands in favour of a new entity. Many of us might have expected the Text100 name to remain in place, particularly after all of the work in recent years to transform its offering, plus the precedent set by the 2014 integration of Bite's Asia-Pacific and Continental European operations into its bigger sibling.

Yet, in opting for a new brand, Next 15 CEO Tim Dyson has probably calculated that the costs of legacy outweigh the benefits of stability. And, at a time of immense change across the agency world, he may well be right. Both Text and Bite (to a lesser extent) are saddled with reputations forged from the B2B tech crucible of the early-2000s, an era that already seems like ancient history. Dyson has spent much of the intervening period acquiring digital, data and content agencies, affording him a good vantage point from which to decide that a new brand offers the best chance for Next 15’s flagship operation to embrace the future, even if the cultural ramifications do carry a significant element of risk, particularly among longer-tenured Text100 leaders.

All of which helps to explain why the third element of this story — the merger itself — is unlikely to raise too many eyebrows. Keener readers than most may be aware that, almost exactly four years ago, we asked why Next 15 had decided to limit its merger of Bite and Text100 to Continental Europe and Asia-Pacific. 'Both are essentially tech PR agencies,’ this publication noted, 'competing in markets where they are often dwarfed by the tech practices of bigger global PR networks.’

So any attempts on our part to second-guess Next15’s decision to combine the remainder of Bite’s operations in the US and UK with its bigger sibling should probably be taken with a rather large grain of salt. Not that this is likely to stop us from doing so, of course.

Bite has occupied a curious positioning since its European and Asian operations were migrated into Text100 in 2014. In the UK, the firm is now a relatively stable presence, without ever suggesting that it might recapture the cutting edge that saw it consistently compete for the market's biggest technology accounts. Returns have been better in the US, where Bite has refined its digital capabilities and grown steadily in tandem with a client base that now includes such names as Slack, LinkedIn and Waze.

All told, though, Bite is a tech PR firm that weighs in at less than $15m. So merging the agency into the much-bigger Text100 makes plenty of sense, especially if it can infuse some of its progressive spirit into its larger sibling.

Then there is the backdrop to consider. We have already seen one blockbuster merger this year, with Cohn & Wolfe taking over Burson-Marsteller, and there is increasing consolidation among Omnicom and WPP PR firms. Next 15 is no stranger to the pressures on publicly-held companies, at a time when concerns about broader business spending and the viability of a creaking network agency model are combining to result in the visible onset of fewer agency brands.

If anything, consolidation of this nature is only like to increase, as predicted by the Holmes Report last year. Clearly, key questions linger over whether agency cultures are resilient enough to cope with such disruptive change. For Bite and Text, those concerns may seem less pressing, given the relatively modest scale of the integration, which will result in a combined agency worth approximately $80m, with particular strength on the US West Coast, London, India and Southeast Asia.

And while there is little overlap in terms of leadership roles, it is the meshing of two agency cultures that will play a pivotal role in the merger’s ultimate success. The 2014 integration of Text100 and Bite in Asia-Pacific and Continental Europe is a good precedent to have in hand. At the time, Dyson told us that a merger in the US and UK would be “more painful”. He added that both markets were big enough to sustain each agency and that client conflicts rendered such an idea unworkable.

Presumably, both of those factors are less material than they once were. In 2014, Dyson also remarked that "we will never know” if a US/UK merger could succeed. But now, of course, we will. In 2018, a high-stakes landscape calls for higher-stakes thinking. Next 15 will not be the last holding group to opt for a new start as it attempts to remake its agencies in line with the near-constant vicissitudes roiling the marketing communications world.