Please refer to our Privacy Policy for important information on the use of cookies. By continuing to use this website, you agree to this.
Home Longreads Politicians Can't Re-Open The Economy, But Maybe You Can 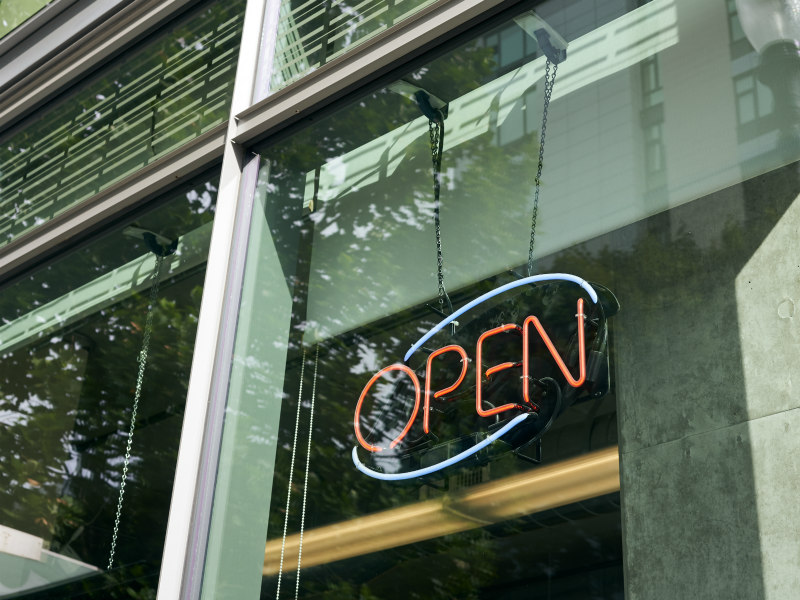 Politicians Can't Re-Open The Economy, But Maybe You Can

President Trump may claim that his “authority is total,” but the truth is that no matter how many tantrums he throws or how many White House task forces he creates, he does not have the power to reopen the economy.

Nor do America’s CEOs, some of whom have reportedly been lobbying for a grand reopening that will accelerate the economic recovery, and some of whom may be under consideration for membership of various panels and task forces that will be charged with deciding when business and travel can begin again.

Leaders from politics and business can meet and talk and decide as much as they want, but the reality (one that has been absent from many of the discussions around this topic) is that the American economy won’t restart until ordinary people—employees, consumers, and communities—decide they are ready for it to restart.

That means the economy won’t restart until those people can be assured that they are going to be protected.

While President Trump can declare the American economy is open again, and governors can lift the various restrictions they have imposed, and business can throw open their doors, none of them can force employees or customers to walk through those open doors until they feel safe.

And the process of earning the trust necessary for that level of assurance has not even begun.

Take a look at this column, from the Washington Post, by Andy Puzder, the former chief executive of CKE Restaurants (Carl’s Jr, Hardee’s) and the author of the upcoming book “Getting America Back to Work.” The column urges a rapid economic reboot but does not include a single word about what needs to be done to protect American workers, communities and consumers in order for that to happen.

Indeed, Puzder makes it clear that he sees stripping away employee, environmental and consumer protections as essential to “pro-growth” policies, praising the current president’s “regulatory reform.”

But Puzder sounds relatively moderate when you compare his proposals to those of economic Art Laffer, who has been suggested by some on the right as a favored candidate to head the president’s task force. Laffer, and supporters like Fox News personality Sean Hannity and extension Trump himself, have likewise said nothing about how they might persuade people to participate in this grand reopening.

For proposals that present a more realistic view of how the economy might be restarted, it’s worth taking a look at some of the more detailed studies reviewed in this Vox article. They range from one published by the generally right wing, free market American Enterprise Institute to another from the left-leaning Center for American Progress, as Harvard University’s Safra Center for Ethics, and Nobel Prize-winning economist Paul Romer.

As Ezra Klein explains in the Vox review of these four plans, “All of them then imagine a phase two [once the current restrictions are no longer needed] which relaxes—but does not end—social distancing while implementing testing and surveillance on a mass scale….

“The CAP and Harvard plans both foresee a digital pandemic surveillance state in which virtually every American downloads an app to their phone that geotracks their movements, so if they come into contact with anyone who later is found to have Covid-19, they can be alerted and a period of social quarantine can begin.”

Romer’s proposal seems even less realistic: deploying testing so that every American is tested every 14 days—that’s 22 million tests per day—so that anyone who tests positive can be quickly quarantined. Right now, America is struggling to test 100,000 people a day; 22 million day seems vanishingly improbable.

And even if testing on that scale was possible, there would be obstacle to overcome: how and by whom would the tests be administered? Who would we trust with that kind of personal data? What would we do with people who refused to be tested? Would the Supreme Court consider this kind of regimen constitutional?

In its way, this proposal would require just as much trust-building as asking employees and customers to return to workplace and shops and restaurants with no testing in place at all.

The AEI proposal, meanwhile, is much more vague about its criteria, perhaps not surprisingly: it wants more testing, thought it doesn’t envisage anything on the scale of 22 million tests a day; it was more contact tracing, but doesn’t mention the use of cellphone data. It suggests “triggers” for each phase (including triggers for moving from phase two back to the more restrictive phase one if things go south) but is not exactly clear about what those triggers should be.

Which brings us to a column, by Mike Allen and Jim VandeHei of Axios, which appeared a week ago and explained that top CEOs “are warning of economic catastrophe if America doesn't begin planning for a phased return to work as soon as May,” and “want to have a hard national conversation about tradeoffs involved in any widespread lockdowns beyond the middle of next month.”

According to the report: “They realize it sounds callous to talk about work when people are scared of death, but believe it's an urgent debate the nation needs. Several are debating going public with this concern, but fear the optics and timing look discordant.”

It would seem that Americans are ready for a conversation about the economic implications of the Covid-19 pandemic.

Are they ready for American businesses to lead that conversation?

“We knew that government and media had trust challenges going into the crisis,” says Richard Edelman, citing the 2020 Edelman Trust Barometer, which showed that “my employer” was the most trusted institution by 18 points over business in general and NGOs, by 27 points over government and media. “That explains our finding that employer communications is the most credible source of information about the coronavirus: 63% said that they would believe information from that channel after one or two exposures, versus 58 percent for a government website and 51 percent for traditional media.”

Some of that credibility stems from the fact that businesses—particularly in Silicon Valley—were among the first to respond to the current crisis, closing offices and factories even ahead of statewide restrictions. By acting to protect workers at the beginning of the crisis, these companies have earned permission to engage in a candid conversation about what happens next.

Public relations people can and must be in the forefront of that conversation.

But here’s the thing. It needs to be a conversation. Not an announcement. Not an edict.

In this situation, the first responsibility of public relations people is to listen. They need to listen to the experts in epidemiology and healthcare and social behavior. And they need to listen to all of the stakeholders who will be impacted these decisions That means not only their own employees and their most loyal customers, who may be willing to take certain risks, but also the broader community, particularly those vulnerable populations to whom the virus can spread. This is a time for companies to understand and consider “externalities” in way they too often do not.

Inside their organizations, public relations people need to ensure that any decision takes into account both the actual risks or reopening and the perceived risks. They need to ensure companies think about the physical wellbeing of their employees and customers and their mental health. They need to understand which policies will make people safer and which policies will make them feel safer—and that both are equally important.

Public relations people need to ensure that their companies think about the long-term implications of their decisions, not just the short-term. That means making the case the re-opening too quickly—without sufficient data or proper safety measures—could do more harm than good. If reopening business leads to a resurgence of Covid-19 on a local level, it could do irreperably harm to a company's reputation. If reopening the entire economy leads to a resurgence of the pandemic on a national level, then anti-business sentiment could easily reach a tipping point. There is only one chance to get this right, and it is almost certainly better to be too slow and too safe than to face the consequences is business is seen prolonging the crisis.

And finally, once a decision is made, public relations people need to help their companies get the tone and content of their messaging right. Compassion and empathy are key. There should be no hint of coercion, for example, when it comes to employees, no retribution against those who choose to prioritize personal safety because of age or other risk factors, or who need to take care of vulnerable loved ones. Companies will need to find ways to accommodate the fact that not all employees will be comfortable with a return to work at the same time.

The reopening of the economy will require a massive amount of trust. Public relations people can prove their value as never before if they help companies earn and maintain that trust.