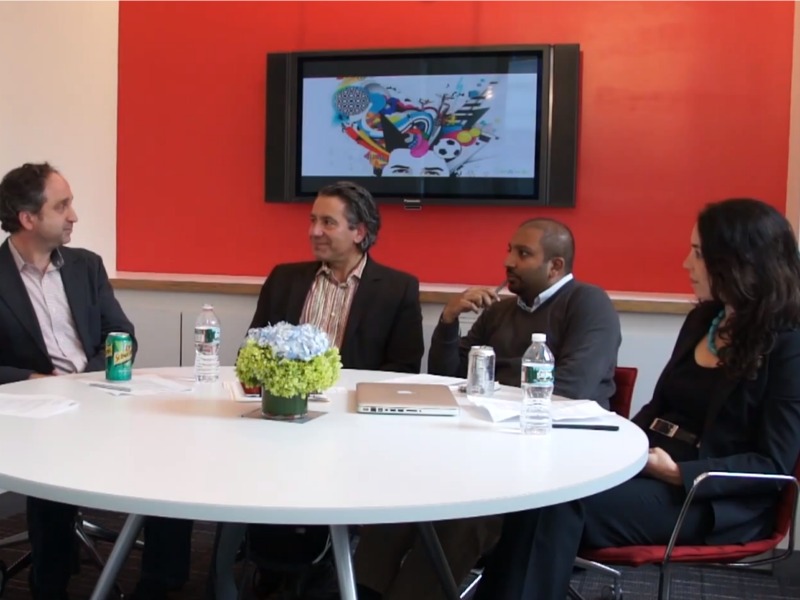 The Holmes Report teamed up with Cohn & Wolfe for a roundtable of senior industry figures, examining the collision of PR, advertising and marketing.

There is plenty of change coursing through the veins of today’s public relations industry. One of the most dramatic shifts, which the Holmes Report has attempted to examine in some detail, concerns the continuing convergence of marketing and PR, a development that has been fuelled by the rapid emergence of social media.

Understandably, this change has been accompanied by a reshaping of the industry’s talent profile. Perhaps the most eye-catching example of this is the influx of advertising people into the public relations profession. At the same time, senior in-house marketers and communicators are increasingly being called upon to oversee combined functions.

Getting to grips with these new realities can be difficult. To better understand the day-to-day complexities triggered by these changes, the Holmes Report teamed up with Cohn & Wolfe for a roundtable of senior industry figures, examining the collision of PR, advertising and marketing. Read on to discover the lessons we learned and watch some provocative video excerpts of where our panellists think the industry is headed.

The Panel
In keeping with our theme of collision, each of the panellists came, primarily, from a marketing or advertising background, but now holds considerable responsibility for public relations decision-making:

One of the public relations industry’s most pressing problems relates to how it is perceived in the corridors of marketing power, where bigger budgets are often wielded. And our panellists did not pull their punches in describing how the PR industry has traditionally been viewed from an advertising perspective. “The fixers,” noted Paul, while Joseph admitted that, during his time in Johnson & Johnson’s brand marketing division, “we weren’t even allowed to talk to the PR people.”

Colgate-Palmolive’s Klein summed up the views by noting that PR was seen as something “separate from marketing,” and, in particular, something that revolved primarily around media relations.

“PR has almost been our last frontier when we realised that all of our paid media strategies are failing, frankly,” said Klein.

“Somebody changed the rules along the way”

Salzman probably spoke for many when she pointed out that the convergence of PR and marketing is probably not “something that any of us is comfortable with.” The traditional roles of PR and advertising, she noted, have changed places, signalling a much more influential role for PR practitioners.

At Colgate-Palmolive, explained Klein, the transformation in the role of PR has been “dramatic”, resulting in a cross-disciplinary team that directs the company’s marketing communications. “Very often PR will be at the head of the table, leading ideas and campaign development, which is really refreshing for the brand marketers and more fun.”

If there is a shift in the “balance of power,” as Salzman termed it, then it can partly be attributed to the always-on engagement required in today’s realtime marketing world. “I don’t think PR people have changed as much as the need for great PR people has changed,” noted the former JWT executive.

Joseph described the current state of affairs as a”battleground for ideas and for strategy.” Every type of agency, effectively, has upped its game where brand strategy is concerned, and each believes it has the tools to lay claim to the digital/social turf.

Conversation soon shifted to budgets, with Klein pointing out that many of her brands have “limited media dollars” under current economic conditions. “We can’t afford TV and you’re not going to break through effectively with TV so save your money.”

That has forced clients, says Klein, to think more creatively. “The hourly rates are now part of our media plan and it’s become an easier conversation to have.”

Joseph said that he has seen marked change in the attitude towards budgets in the past 12 months alone. For the first time, he believes that media spend is genuinely under threat. “It’s easier to shave a little from the media budget because it’s probably not all that noticeable but you don’t want to touch digital, social, PR because that’s probably going to drive results quicker.”

Much, of course, is dependent on the willingness of clients to experiment. “I don’t think the issue is ideas, we have the people who can bring forth ideas,” said Paul. “It’s the client gatekeeper that sees those ideas and says ‘does this deserve money that’s maybe out of my channel?’ I really think that’s incumbent upon smart clients.”

“What do PR people need to know in this new world?” asked Klein. “It’s that you have to put on the hat of the marketing person. You have to be held to the same objectives that we do…I have to sell a lot of toothpaste and move a lot of cases of deodorant.”

The adoption of a more sales-oriented perspective cannot, of course, quantify everything that public relations does. But from a marketing standpoint it is a critically important mindset, and one that is not always a natural fit for a industry that still likes to measure the coverage of its efforts.

“This change is how we train people, that to me is the missing link,” said Salzman. “There hasn’t been that marketing training and that is a big opportunity and a real obstacle right now.”

While the relatively small amounts of money required to fund PR ideas is attractive to companies, the discussion does raise issues over whether the typical PR model is best suited to serve current and future requirements.

Salzman noted that this has become particularly apparent when it comes to strategic planning. “I would say that is the Achilles heel of the PR business right now. The brand planning and consumer research, ad agencies have been putting money into that for more than 20 years. I think we are really far behind.”

Joseph countered that view by asserting that the PR planners he has encountered are “much broader thinkers” than classic ad planners. “I find them much more attuned to where the message is going to end up, opposed to having a preset notion to where it’s going to be.”

That comment raised a more philosophical point; is there any point in PR firms attempting to develop big brand insights, given that messages can be corrupted so quickly over the myriad platforms that people now use to consume information?

Klein noted that the biggest challenge facing the PR firms she works with lies in making them think more creatively. This sparked plenty of discussion about a creative culture that is sometimes more monotonous than the symphonic efforts of the hottest ad agencies.

Not everyone agreed, though, that PR firms should necessarily mimic the creative departments that have been development at ad shops. But there was a general consensus that the brainstorming approach beloved of PR firms may not be the most productive way to generate ideas.

“It’s part of the culture and it has its value but I don’t think it should be relied upon to come up with every idea every time,” said Paul.

“Most of it is going to be pretty damn bad,” added Salzman.

Joseph steered the discussion towards the briefing process, noting that mediocre creative often begins with an incomplete brief. “It’s generally not as tight as the advertising world, and tends to be much broader.” To this, Klein noted that Colgate has moved towards a ‘one brief’ process that brings all of its agencies into the room. “The best work we did is in response to that kind of directive,” added Salzman.

“I think more clients need to do that,” said Paul. “Our thoughts will go all over the place otherwise.”

“What we’re trying to evolve to is have the agency and client write the brief together,” concluded Klein. “When we actually have key agency partners, cross-discipline, informing the brief, we get to a much better working document.”