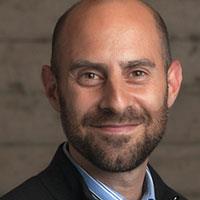 Gabriel Stricker — dubbed the Zen Master of communications — was last year upped to chief communications at Twitter overseeing consumer marketing, global media, global PR and global public policy. But, as a Twitter insider told us “there are only so many hours in the day” and changes were made to alleviate Stricker’s workload in early 2015. He now oversees public relations and public policy, in addition to sitting on Twitter’s executive team.

Among what makes Stricker standout in Silicon Valley — where friction between media and technology companies is common — is his steadfast view that PR people, at their core, should like to engage with media.

Stricker refined his expertise in strategic communications through his work in the electoral arena, having played a key role on campaigns for political and governmental clients around the world. He is the author of the bestselling book on guerrilla marketing, Mao In the Boardroom, published by St. Martin’s Press.

Prior to joining Twitter in 2012, he worked at Google, as well as holding senior posts at Weber Shandwick and FTI Consulting.

What is the best advice you ever received?
I used to serve as a hospice volunteer, where we practiced Five Precepts -- three of which have been instrumental in my professional life: 1) Welcome everything; push away nothing. 2) Cultivate the “don’t know mind.” 3) Don’t wait.

What is your favorite PR campaign?
The LungClock campaign in the UK was brilliant. The whole notion of exposing smokers to their “lung age” was such a clever concept, and the digital components at www.quit.org.uk and the accompanying mobile app were masterfully done.

What was your biggest career break?
Leaving the world of campaign politics for tech.

Who was your mentor and why?
I’ve been fortunate to have had many mentors. One of my mentors, Don Hahn, passed away earlier this year. Don was the town doctor where I grew up in Mendocino, CA, and he was a lifelong friend.  Don lived for decades with Parkinson's disease, and he showed by example what it means to embody grace and humility.

What are your favorite media, offline and online?
Offline, I continue to enjoy The Week and the New Yorker. Online, theatlantic.com is great.

What is your favorite gadget?
My Nest thermostat.

What is your favorite city for business travel?
Seoul. As if having the world's fastest average internet connection wasn’t enough, there’s great cuisine and top-notch accommodations.