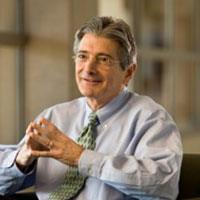 Ken Cohen is a lifetime Exxon employee. He’s also a lawyer, having originally joined the company in its legal department in 1977. Given the fact that Exxon has historically been held up as the archetype of corporate arrogance—its response to the Valdez disaster of 1989 is still featured in public relations textbooks as an example of what not to do in a crisis—and that lawyers often find it difficult to give up the command-and-control message discipline of the legal profession, his contribution to rebuilding the company’s reputation is even more impressive. Under Cohen’s public affairs leadership, the company has demonstrated a willingness to engage on sustainability issues, acknowledging that climate change is occurring and launching a “Perspectives” blog to share the company’s views on environmental and energy topics. Since joining Exxon, after serving as an assistant professor of law at Indiana University School of Law, he has held a variety of positions including chief attorney, refining, environment and health; assistant general counsel; and general counsel, Exxon Chemical Company; before being named to his current position in November 1999. He is responsible for government relations, communications, media relations, global community relations and corporate citizenship activities. He is also the head of ExxonMobil’s PAC, and the head of the ExxonMobil Foundation.

What do you consider your career highlight?
Leading the public and government affairs function for ExxonMobil. I can't imagine a more interesting and challenging position.

What is the best advice you ever received?
Never stop trying to learn...there's always more to know.

What do you enjoy most about working in PR?
The daily challenge of explaining what we do, why we do it and the benefits we bring to society.

Who inspires you?
My daughter, Devon

What are your favorite media, offline and online?
Morning Counsult; EnergyWire; Buzzfeed;Golf Channel

What is your favorite gadget?
My 58 degree wedge

In one sentence, sell a career in communications to a new graduate.
Effective integrated communications brings together the disciplines of marketing, government relations, public relations and reputation management.

What is your favorite city for business travel?
Chicago