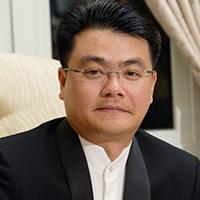 A former adman with experience of working in some of the world’s biggest firms, Lau is now responsible for marketing and branding at Tencent, the Chinese online giant that is now the world’s third largest internet company. The explosion of China’s internet scene has seen Lau become an influential global figure, and he has been named one of the world’s most influential people in media and marketing by Advertising Age. Lau joined Chinese internet giant Tencent in 2006 and now serves as president of the company's online media group, a critical position that oversees Tencent's marketing offer to brands, one that has become particularly appealing with the seemingly unstoppable rise of mobile messaging platform WeChat.