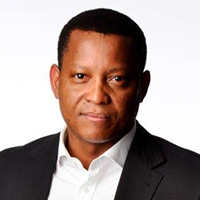 Maroleng leads corporate affairs for South African telecommunications giant MTN, after succeeding Rich Mhkondo in 2014. It is a key role in Africa’s corporate world, given MTN’s status as South Africa’s most valuable brand, according to BrandFinance.

Maroleng is no stranger to the limelight, having previously served as Africa editor and TV anchor at eNews Channel Africa, during a successful six-year stint, which included a famous interview of AWB Secretary Leader Andre Visage. Maroleng’s work at the channel turned the weekly Africa 360 show into multiple daily African news bulletins, along with the establishment of bureaus in East and West Africa. Prior to eNCA, Maroleng served as Africa specialist at the Institute for Security Studies.