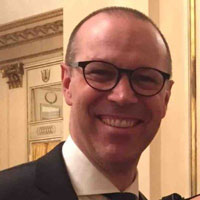 There’s something about Nestlé’s ubiquity and product portfolio that makes the company a magnet for controversy, to the lingering ill-will generated by the company’s marketing of infant formula in Africa to the more recent furor over its use of palm oil from Malaysia.

Perhaps it’s the company’s sensitivity that makes it a tempting target. Nestlé is a company that wants to be liked, and it has taken great strides to build bridges with stakeholders around “shared value” and to back up its corporate social responsibility words with actions, first under longtime communications chief Rudolf Ramsauer and since late 2015 under new communications director Eugenio Simioni.

Simioni, who reports to Nestlé CEO Paul Bulcke, had worked since 2011 as market head of Nestlé Switzerland. He began his career at Nestlé in 1989 and has been head of internal audit function in the Nestlé Group in addition to his most recent market leadership role.