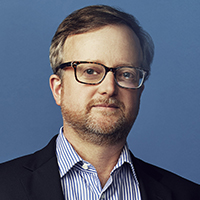 Franz Paasche joined PayPal in 2015 as the payments giant prepared for its split from parent company eBay as the two companies became independent, publicly-traded companies. His work on this transition resulted in a promotion to SVP last fall. When reflecting on his tenure earlier this year, Paasche told Ethical Corporation: “We find ourselves at a defining moment in time, when companies must think and act more coherently and consistently about how their values play out in the world… At PayPal that means that we’re focused on our ability to make a difference in the lives of those who are underserved by the financial system – relentlessly working together to reimagine money and democratize the financial system to improve the financial health of our customers.”

Under his tenure, PayPal’s corporate affairs has undergone a significant transformation that has created a cross-functional team across communications, government relations and social innovation. But this change has been accompanied by some amount of churn with notable departures and an agency consolidation with Edelman.

He has brought over 25 years of experience in strategic communications to the role. Before he joined PayPal in 2015, he spent almost four years at McKinsey & Company, where he was responsible for external relations, public affairs, strategic communications and reputation risk, and oversaw issues management in North America. Prior to that, he was a senior partner at FleishmanHillard and was managing director at Clark & Weinstock. Paasche holds a law degree from Columbia University and spent his early career as a   litigator and general counsel.