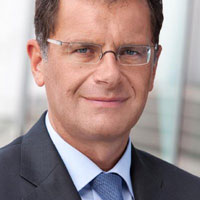 In the wake of the scandal that shook German automaker Volkswagen two years ago—the company was found to have cheated on emissions tests and its reputation took a major hit—the company changed leadership, bringing in Matthias Müller as CEO from its Porsche unit and Müller’s colleague Hans-Gerd Bode as head of group communications, investor relations and external relations.

Bode returned to Volkswagen after overseeing the company's brand and product communications between 1999 and 2008, when he left for Porsche, where he had served as head of product and technical communications, before becoming head of public relations and press in 2010.

The company pledged to leave "no stone unturned" in resolving the scandal and Bode has been leading efforts to restore the company’s reputation in its native Germany and key international markets.