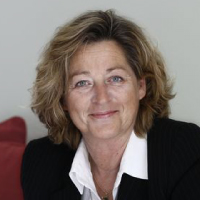 Marie-Noëlle Brouaux was named to retail giant Carrefour’s top communications role in May of 2012, following the departure of her predecessor, Florence Baranes-Cohen. A former partner at Euro RSCG C&O, where she spent 12 years, Brouaux has experience counseling such clients as Lagardère Media, Kingfisher and McDonald’s France.

She began her career in 1985 with the Caisse des Dépôts et Consignations, Crédit Local de France where she was in charge of communications. In 1987, she was named advisor for external relations under Michel Giraud, president of the regional council of Ile‐de‐France (1987‐1993 then 1995‐1998) and she followed him to the ministry of labor, employment and professional training as cabinet advisor.