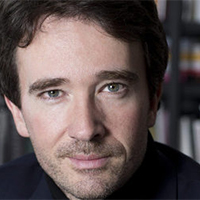 Antoine Arnault brings more than just a famous name (his father is Bernard Arnault, head of the luxury conglomerate and the third richest man in the world) to his new role as head of communications and image at LVMH. Appointed to the senior communications role in mid-2017, the younger Arnault also continued in his existing roles as CEO of men’s wear brand Berluti and chairman of Italian luxury house Loro Piana.

His appointment was widely viewed as an indication that the French luxury goods company — parent to iconic brands such as Louis Vuitton, Christian Dior, Fendi, Guerlain, Bulgari and Sephora  was taking corporate reputation more seriously, with reports citing increased scrutiny from the media, observers, public authorities and the general public, especially on social media.

Events since his appointment have shown how many issues the company faces: it has taken a leadership role in eschewing work with underage models; dealt with controversy over a Michael Jackson inspired menswear collection; inked a massive deal with singer Rihanna; and made a massive donation to restore Notre Dame after the fire. This year, the company was one of the first to retool its production line in the wake of the Covid-19 pandemic, manufacturing hand sanitizer instead of perfumes to help battle the virus in hard-hit France.