Please refer to our Privacy Policy for important information on the use of cookies. By continuing to use this website, you agree to this.
Home Rankings & Data Influence 100 The Influence 100 2021 Profiles Lars Erik Grønntun 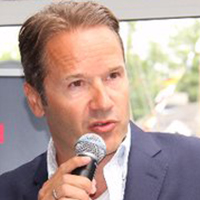 Lars Erik Grønntun stepped down from his role as Hill+Knowlton Strategies global president in May of 2020, going in-house to join Norwegian game-based educational platform Kahoot as chief operating and chief marketing officer. In the new, rarely-combined role, Grønntun manages the company's operational agenda as well as developing Kahoot's global communications strategy, and he has a leading role in supporting the company in its next growth phase, which included preparing for its primary listing on the Oslo Stock Exchange in March.

The move came after nearly a decade in H+K senior leadership roles, and 18 years with the firm in total: he joined in 2002 when Gambit, the Norwegian consultancy he founded, was acquired by H+K. Grønntun had served as one of two global presidents since October 2018, when he and Richard Millar were elevated. Grønntun led H+K’s international portfolio, taking responsibility for the major markets of UK, Germany, Canada and Greater China, as well as the Asia, LatAm, METIA, Continental Europe and Nordics clusters. He also continued to oversee the global operations agenda.

Can you share a moment in your career when you saw PR's direct impact on business performance?
Having switched to the client side and assumed a broad in-house management role I get frequent reminders of how important communications is for our ability to execute our plans. Our ongoing dialogue with customers, investors and business partners is absolutely crucial in providing us with the necessary degree of freedom we need to build and scale what was once a start-up.

What are the communications industry's biggest challenges and opportunities in the year ahead?
For the PR industry the challenge is one of remaining relevant. Covid-19 has in many ways brought PR back to the forefront for many organisations, the challenge will be to remain there. To do so I believe the industry needs to become more rigorous, more professionalized and more tech enabled.

What have you most admired about this industry over the past year?
It has been a year of resilience and ingenuity. Some – but not all – agencies has been able to rethink and adapt in a short period of time, which has been impressive. I am also impressed with the many people working in agencies who have adapted well to working remote over a very long time.

What has most disappointed you about this industry over the past year?
I wouldn’t say disappointed but I am questioning if the comms industry is becoming politically correct to a degree where abiding by the cultural mainstream is challenging the very diversity the industry wants to champion.

How have you switched off from work and maintained wellness in lockdown?
I have institutionalised ‘walk & talk’ in between a zillion Zoom-calls per day.

Which book/movie/TV show/podcast/playlist/other cultural source has helped you get through this year or provided inspiration?
Elena Ferrante’s My Brilliant Friend – both the book and the TV series. Absolutely brilliant!

If I wasn't working in marketing/communications, I would be...
In an alternate universe perhaps running my own vineyard.